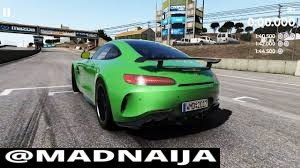 Everyone does like playing games on their Android devices, and racing genre games are one of the most downloaded and played on mobile smartphones. Today, there are lots of developed racing games with amazing features and incredible user interface, hd graphics, and nice display settings. These games have captured lots of fans and they play on a daily basis. Racing games lets us feel the fun of driving high speeding cars through the asphalt.

In this article, I’ll be listing some of the best racing games to play on Android devices. These games, like earlier said, have got nice features that you would want to explore on your Android mobile phone. You keep afloat, learning new driving techniques and skills while playing these awesome games on your device. So now, I think it’s best if we dive right in this article and get to see the best Android racing games.

Here and now you’ll get to see the best racing games to download and play on your Android mobile device. These games are actually fun filled, got amazing gameplay and nice 3d display graphics settings. It’s best if you should keep reading so you’d know them right now.

1. Need for Speed: No Limits

The Need for Speed: No Limits is an amazing racing games for Android devices. This game has got a little bit of action gameplay embedded in it. You will get access to multiple features and game modes with this awesome game on your Android smartphone. Need for Speed game franchise, has been one of the best ever developed for Android mobile phones.

Need for Speed No Limits does let you tear up the asphalt with the cool racing cars made available and also the beautifully designed tracks and racing events coined out from major cities around the world. This is actually one of the best racing games to download and play on your Android smartphone. Get this game now and enjoy a lot of cool features.

Real Racing 3 is another cool racing game for Android smartphones. This game has been out since over 5 to 7 years ago, and as such, it has gathered a lot of players and fan base. It has got a 3D graphics display and amazing features you’ll explore once installed on your Android mobile device. This game will give you a feel of the real racing experience you’ve been anticipating for

Real Racing 3 offers it’s players a lot of real life cars from ferarri and it’s likes to other old model racing vehicles to race on multiple tracks made available in this game. The game can be played offline, so you do not need to make use of an active internet connection on your Android device before you could access it.

ALSO SEE:  Learn Business Of Importing And Selling Of Memory Cards From Aliexpress

Asphalt 8 can be said to be the best racing game in the year 2018, but not currently though. The Asphalt racing franchise by Gameloft have been in the pace, keeping up their standard of developing master piece racing games for Android. And asphalt 8 would be regarded as one of the best Android racing games to play on Android mobile devices. There are lots of features you’d want to explore in this game.

Asphalt has got a 3D display graphics that makes things to look more real than expected. There are over a 100 modern racing vehicles available in this game, coupled with it’s multiple racing tracks, and events. The game modes are actually worth while an you’d enjoy playing this game, but with an internet connection which is needed.

Beach Buggy Racing has grabbed a lot of attention over the years of it’s release on Android phones. This game wears a 3D graphics display gameplay for Android phones. Beach buggy racing is that racing game that would be enjoyable for both children and adults. You get access to multiple game characters with their own unique abilities that would prove very useful when racing on the beautiful tracks.

Like the game’s name implies, beach buggy racing has got all of it’s gameplay relating to the beach. Even the racing tracks are close to waterfalls and caves that would be dangerous if you do not practice and learn to drive well. There are shortcuts to mostly all tracks that would help you reach the finish line first in every tough race.

Asphalt 9 Legends is currently the best racing game for Android devices right now. Despite it was not too long released, this racing game has gathered a lot of players and fans. This is quite noticeable when you see it’s number of downloads on google play store and other online app stores. The reason behind this is because of the unique and amazing features this game packs. Asphalt 9 is your best shot to enjoying real racing gameplay.

This game has got the multiplayer game mode that requires the use of an internet connection. The game itself cannot be played without a mobile or wifi data connection because it works with servers. This game packs the most famous fast cars with popular manufacturers globally. Asphalt 9 Legends does have a redefined 3D graphics display experience and a cool user interface for Android mobile phones.

Crazy for Speed 2 is a racing game that’s all about speed. This game allows it’s players to make use of awesomely designed race cars to tear up the asphalt in a bid to reach the finish line first. Crazy for Speed 2 has got a nice user interface, and though its graphics display isn’t 3D as expected, you’d get to enjoy playing this game on your Android mobile phone.

Crazy for Speed 2 isn’t that too popular, but daily it’s players and fan base increases by a 100 or even more. With time, most people would get to know of this game and they would enjoy playing it. This game can be downloaded from the google play store, and yes, you do not have to make use of an internet connection before you get to play this game.

Need for Racing can be recommended as a good racing game for Android devices. Although not so much known by people, it does have quite lots of cool and amazing features that would interest you. It’s not a necessity to make use of an mobile connection before you can play this game on your Android mobile phone. Need for racing offers it’s players awesome cars race up the asphalt.

There are sweet tracks and game modes available in this game that you must want to explore. The need for racing mobile game deals with aggressive racing gameplay where you have to fight for dominance on the road. You do not rest until you’ve gotten to the finish line. You should absolutely try out this game on your Android device. You’d enjoy playing.

Here you are with the best racing games you could download easily, and also play on your Android smartphone. Want to catch enough fun in your leisure time, then you should get these mentioned games installed on your mobile device, and begin to play. They’ll keep you from boredom and you’ll surely enjoy playing them, at anytime, and any day. Share article to other, and enjoy.