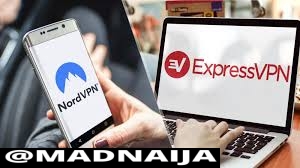 When it comes to keeping our privacy and online activities and locations safe from prying eyes, that’s when we talk about the use of VPNs, and they quite handle the situation very well. It’s no doubt that the ExpressVPN application is one of the best out there for Android devices and as such, it is used by almost everyone who see a need for using a VPN application on their Android mobile phones. This VPN app does offer quite unique features, servers, and ip’s for it’s users.

Nevertheless, everything has got it’s cons and that is why there is always a need for a back up or an alternative. Well, in this article today, we will be looking at the best ExpressVPN alternatives which you can download and use on your Android device. These alternative VPN applications has also got similar features and functions, some even got more features, and all with different designs and user interface. These apps will help keep your internet activities and location safe if Express VPN application fails you.

Now, right below this article, you’ll see a list of the best and safe ExpressVPN alternatives which would serve very well as good VPN applications on your Android smartphone device. These apps have got nice features and good useful functions that will keep your online location and activity very safe.

NordVPN is one of the most used Vpn application on Android smartphone devices. This Vpn app is among the best one could download and start using on their Android mobile phone. Nord Vpn has got a lot of servers and locations for you to connect on and browse the internet speedily, hiding your location, and keeping your online activities safe by a 100%. It’s best advised for you to get this Vpn application from any available app store online.

Nord Vpn can sure be regarded as an amazing Express Vpn alternative for Android phones. You do have access to it’s full features, experiencing the best internet protection. The user interface of this application is simple and will let you to navigate and locate all of it’s functions easily and without any form of stress.

ALSO SEE:  Learn Business Of Importing And Selling Of Memory Cards From Aliexpress

IPVanish VPN is another cool Android vpn application that can serve as a good alternative to the express vpn app for Android smartphones. Yes ipvanish vpn does have every feature and functions that would be required of any VPN application on Android mobile devices. Ipvanish vpn app has got a lot of users and of course, there are always good feedbacks from people, and that’s why this VPN app is exceptionally good to be used.

Ipvanish VPN applications is been updated regularly by its developers for better user experience and to improve it’s features, whilst introducing more functionality to the app. You will come across a black and green user interface which is absolutely beautiful, and it doen help for better navigation too.

TunnelBear VPN is a very old Android VPN application that can be downloaded and used on Android smartphones. TunnelBear was once only available to be used on computers, but as time went on, it got introduced and released for Android mobile phones, and over the years, it had gotten popular, and of course, it now has a lot of users, and features beyond comprehension.

You should consider getting this Android vpn application installed on your mobile device, as it would help guard your online privacy from hackers, and would make it very difficult for you to be tracked by any ISP or even the government themselves. Tunnelbear VPN has marked its place as one of the best VPN apps for Android phones.

Windscribe VPN is another Android VPN application that can be considered an alternative to the express vpn application on Android mobile smartphones. This vpn app has made it name, has gotten popular with a lot of users, mostly because it is free to use. Yes, the windscribe vpn application is one of the best used free vpn apps that can be downloaded and installed on Android devices without problems.

The Windscribe VPN application does have a host of free servers and multiple locations that one could connect to and browse the internet very safe. The amazing thing here is, despite the servers been free to be used, they make sure to protect your online privacy and keep your information safe from hackers.

Proton VPN made it’s name as of the best Android VPN applications, because of it’s ability to hide your location securely, and also acting as a tool to protect your online privacy, and important information from hackers and snoopers try so hard to get them, which might be used for unprofessional activities. Well the good thing here is that, this vpn app was designed in such a way that their servers couldn’t detect your real location either.

Proton VPN application has got such a beautifully designed user interface, and another amazing thing about this app is that it allows you browse the inter internet with so much speed that it feels just like flipping to another page on a book. Imagine how fast that is. You will be able to access and get the full use of it’s features and tools without stress.

Pure VPN is that Android VPN application that gives you 100% safety when it’s been used on your Android mobile phone, it doesn’t matter the strength or authenticity of your internet connection. This vpn application does have both free and paid servers and it would be much advised that you go for a paid subscription with the Pure vpn mobile app on Android, because that’s when you get to access and enjoy it’s full features.

Pure VPN tends to offer it’s users with almost all locations of all countries, states, and cities in the world. That is amazing right? Well, wait until you download and begin to use this vpn app on your Android mobile smartphone. I’d recommend this vpn app for anyone looking to enjoy full online safety and protection from privacy intruders.

Now written above are the best ExpressVPN alternatives for Android smartphones. These VPN applications listed, are your one stop to getting your online activities and privacy very secured from hackers and intruders. You should download any one of your choice now and start using. Meanwhile, if you found this article helpful, you can share to others so they can also benefit. Remember that no information is useless and can be put to good use. Enjoy.