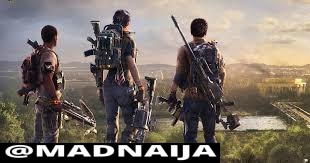 Today I’ll be talking on the best Android action games that you should download and play on your Android device in your leisure time. Games helps us smartphone users to relax after a day’s work. Getting in the action with lots of missions, modes and gamplay can keep us excited whenever we’re playing action games on our devices. There are lots of action games in the market, developed for Android phones currently, and most are quite cool.

Choosing the best action games to download and play, might be a very tedious task, but I’ve now taken the time to research, and bring to you, the best Android action games to make things a lot easier for you. The games that would be listed in this article, are all fun filled, action packed, and lots of amazing gameplay and missions. You’ll surely enjoy playing them anytime, and any day you do feel like. There’s much action games out there, but we bring you the best.

Taking about the features, the graphics, and display quality of these action games, I’d say they are top notch in the making. You must be anticipating right now to get a hold of these games on your Android mobile phone, so without a waste of time, lets dig right into this topic and get to see the best action games to download and play for Android phones. Do not hesitate to keep reading in order not to miss the interesting part.

List of the Best Action Games for Android in 2020

Below this article is a concrete list of the best action games for Android phones. These games can surely be downloaded and played on all Android smartphones and they’ve got cool features, action gameplay, and amazing display graphics to give you the desired view that will make you enjoy playing them.

Pubg Mobile is an fps action shooter mobile game for Android phones. This game became popular from the year 2018, and since then, it has become all the rage for any mobile gamer, mostly youths. This game has made some real life impact, bad and good, and of course it has made it’s way to become one of the best Android action games that one can download and play on his or her Android mobile phone. You should play this game and experience real action.

Although not supported on few Android smartphone devices, the pubg mobile Android game has still made wave. The developers came up with a lite version of the game for those whom the normal version doesn’t support their devices or they can not be able to afford the mobile network data to download it, as it has very huge files and comes with regular heavy updates. Pubg mobile is the best bet for anyone that wants to get an action packed gameplay.

Call of Duty Mobile is another cool action game that came with both the fps and tpp mobile gameplay. This game was initially released for downloads on October 10, 2019, which I can say, is not too long ago. Call of duty mobile for Android came out as a rival to the pubg mobile game. They’ve got almost similar gameplay, but whilst pubg mobile for Android deals with survival, the call of duty mobile base on soldiers missions and all, with more weapons, vehicles, and combat equipments given to it.

Currently, this game is doing better than pubg mobile because, most Pubg players have moved to the call of duty mobile to feel the heat and action of fire power. You’d enjoy playing this game on your Android smartphone. But to keep things real smooth and better, then you will be needing a high-end Android mobile phone, and of course, a strong internet connection so you wouldn’t get hooked while playing. Call of duty mobile can be considered the currently best Android action game.

Knives Out is an action survival game for Android. This game leads you into the arena (an island actually) to fight, defend, and come out as the last man standing to win. But the most weapon available in this game, is knives, but of different kinds. Of course, you’d get to make use of other kinds of weapons, like guns and the likes, but it will only be a few of them. Vehicles are also found in this game to help you move from one location to another.

Knives Out mobile action game does cover all the survival equipments you will need to keep yourself alive. You can also form a squad with your friends or others online to take on another squad, or you can go solo and try to emerge as the last man standing. There are lots of features, game modes and missions involved in this amazing action game for Android. You should download Knives Out right now and get to feel the fun and action filled game experience.

Cover fire is an addictive sniper 3D shooting game developed for Android phones. This game involves a soldier from the Black Ops team which is called upon duty to go on mission, and fight and terminate terrorist groups with huge fire power. You do not get to only go all by yourself, because your team mates would be sent alongside to help you achieve all purposes. This game has got a nice storyline and as such, has made it’s way to become one of the best action games for Android.

Cover Fire will take you to many locations that serves as terrorist bases, so you can decimate and exterminate them all. You will also get to fight with huge and powerful enemy robots, so you’d have to be very smart and sharp, and skilled. Trains yourself to an extent you’d not feel bullet impacts very well. You will fight with terrorist bosses heavily covered with metal armour, and armed with dangerous weapons. Play this game now and feel the action.

Overkill 3 packs more similar action to the Cover fire action game. This game, although with same gameplay as most action games, it is more action packed and fillled with lots of features and game modes than others. Here, in this game, you’d get to fight against terrorist organizations that are well armed, so you’ll go with more back ups than ever for better support. More enemy robots are involved here, so you have to be quick in your actions.

Overkill 3 will let you experience real time action and amazing gameplay on your Android mobile device. You should be able to get access to lots of weapons, like guns of different makes, grenades, and bazooka launchers to terminate enemies. These weapons can also be upgraded to be more powerful in order to make more killer impacts. Vehicles such as cars and trains, and jet fighters are also available in this game. Overkill 3 has got mostly tpp game mode.

Above, I’ve listed the best action games that you could download and play on your Android mobile phone. These games like I earlier said, have got plenty features, gameplay and modes, and also 3d graphics display that keeps things more real. You will of course, enjoy playing them whenever you feel like it. You can easily get the aforementioned games from the google play store. I’ve also provided direct links which you can use. Thanks and Enjoy.