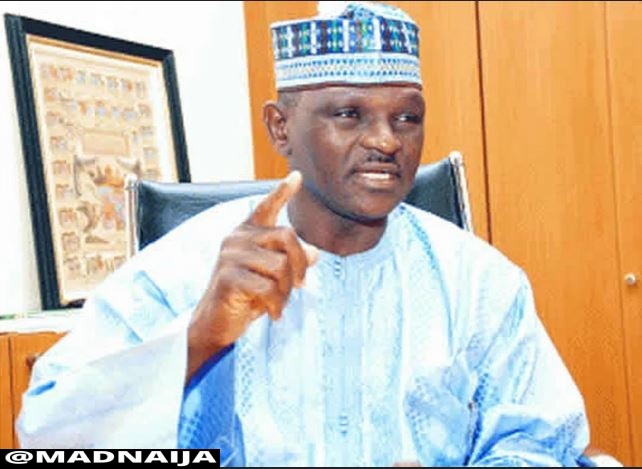 He revealed this while speaking in an interview on the Hausa Service of the British Broadcasting Corporation, monitored in Kaduna on Thursday.

Major Hamza Al-Mustapha, a former Chief Security Officer to late Gen. Sani Abacha, said there were eight attempts to topple the maximum ruler before he died.

While speaking in an interview on the Hausa Service of the British Broadcasting Corporation, monitored in Kaduna on Thursday, Al-Mustapha said Nigerians only knew of three coup attempts that his boss survived.

“Let me tell you something about Abacha, eight coups were staged to topple him before he died.

“Nigerians knew of only three coup attempts against Abacha, but there were eight coup attempts. He died when they were plotting the 8th,” Al-Mustapha said.

The former CSO said Nigerians should not vilify the late Abacha but queried those who allegedly stole billions of naira after his demise.

He said, “I am surprised by the way Abacha is being blackmailed. I am surprised because when he assumed leadership, Nigeria had less than $2bn in the foreign reserve.

“But within four years and eight months, he raised it to over $9bn. After his death, all the billions vanished in nine months.

“The person that raised Nigeria’s image and enhanced security is now the subject of insult. But those who shared the money he left are still alive and untouchable.”

He also said the billions stashed in foreign banks during the Abacha regime was not a unilateral decision.

According to him, the decision was reached after a meeting of stakeholders, including monarchs from all over the country.

The former CSO said, “I have said it that there was a period Nigeria was to be sanctioned. So there were plans to keep money overseas so that Nigeria and Nigerians would not suffer when the sanction was imposed on the country.

“We gathered emirs and chiefs from the South and from the North, together with VIPs of that time; those in government and those not in government. We met at a place called Camp Bassey Officers’  Mess in the Brigade of Guards. It was there we deliberated on the threat to sanction Nigeria. Many decisions were made.”