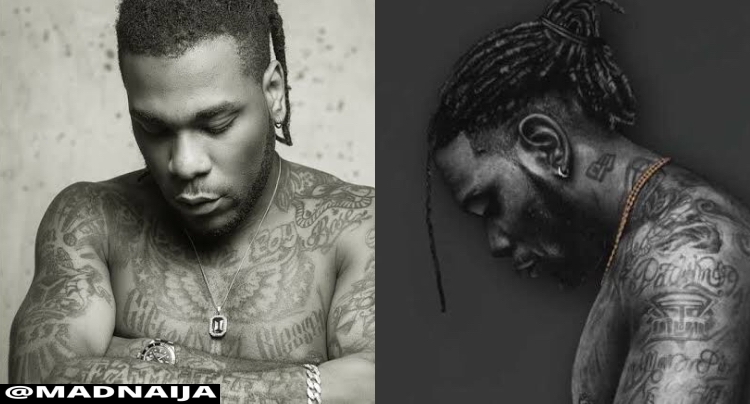 The Odowgu hit maker Burna Boy, gave a troll a silent reply after the troll told him smokers die young.

Burna Boy had a photo of him posted on twitter where he was seen smoking with smoke coming out of his mouth.

A troll after seeing the picture, replied saying ‘smokers die young’ but the African giant didn’t utter a word to the troll, giving him a silent reply. 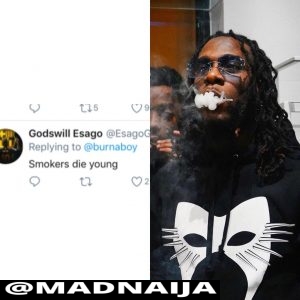