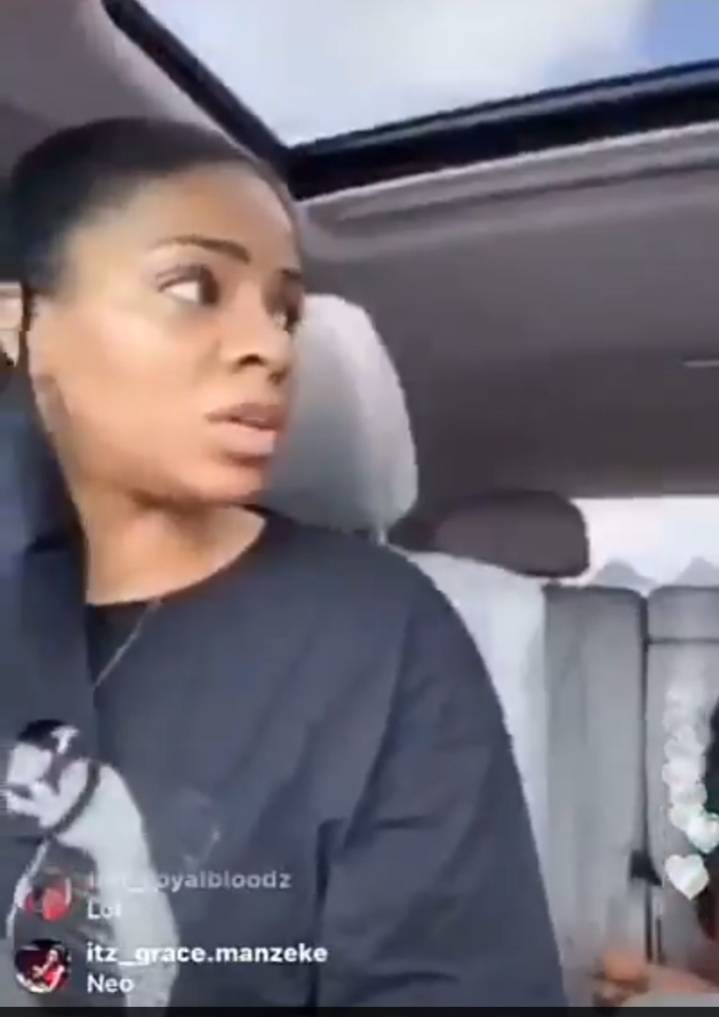 Venita has never really been a fan of Vee, and she doesn’t even try to hide her disapproval of the relationship between her and her cousin, Neo. Once, during the show, when it was revealed that Neo does Vee’s laundry for her, Venita likened their relationship to a toxic one, and she also insinuated that Vee was the one bringing the toxicity into the relationship.

Even though Neo and Vee have not solidified their relationship, they both mentioned the possibility of starting up something strong once the left the confines of the big brother house. However, from Neo’s reaction to his cousin’s criticisms of Vee, it does not seem that way anymore.

ALSO SEE:  Tacha Wins The Heart Of Fella Makafui As She Reacts To A Photo Of Hers

Neo, Venita and an unidentified third party called Gabby were in the car together during a live streaming on Instagram, and the third party suggested the name ‘Veo’ for the Neo and Vee ship. Immediately Venita heard that she shouted, “God forbid”, she then warned the other lady to stop saying that.

The lady started laughing at Venita’s reaction, and Neo joined in laughing at her. Neo’s reaction has made people to assume that the Neo and Vee ship might have sank, now that they are away from piblic scrutiny. 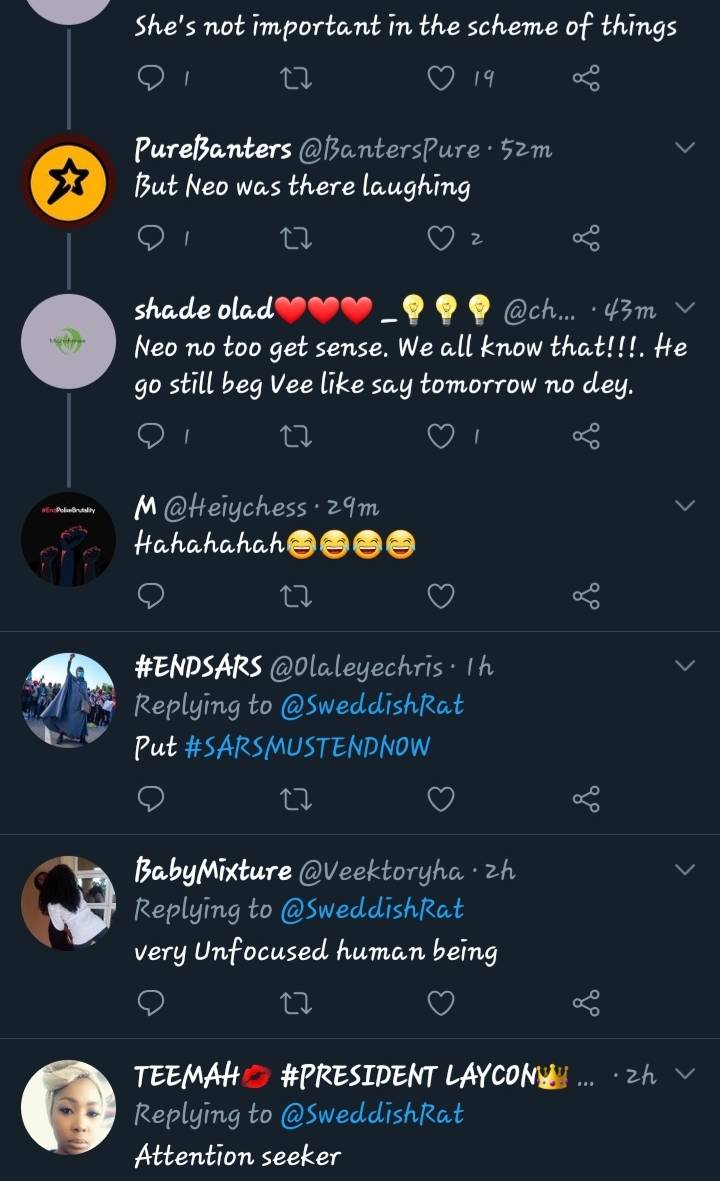 ALSO SEE:  You Made My Story Matter’ – Busola Dakolo Thanks Nigerians As She Gives Update On Her Rape Case Against Biodun Fatoyinbo 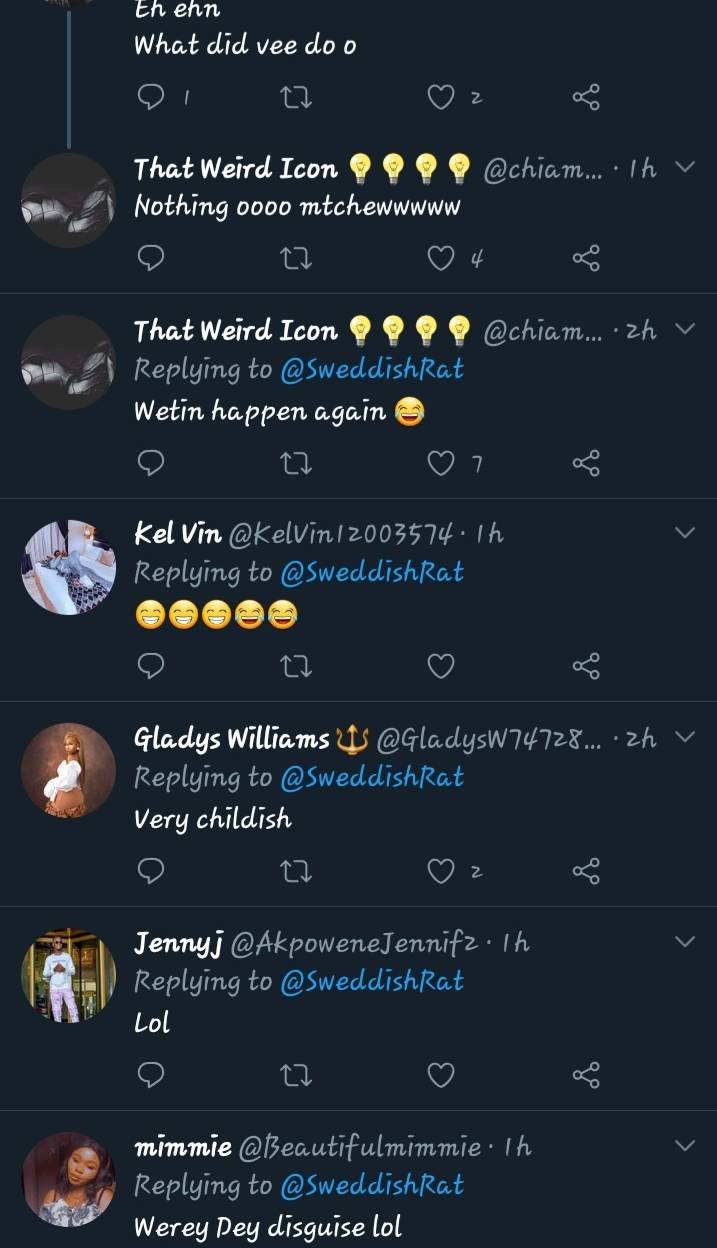 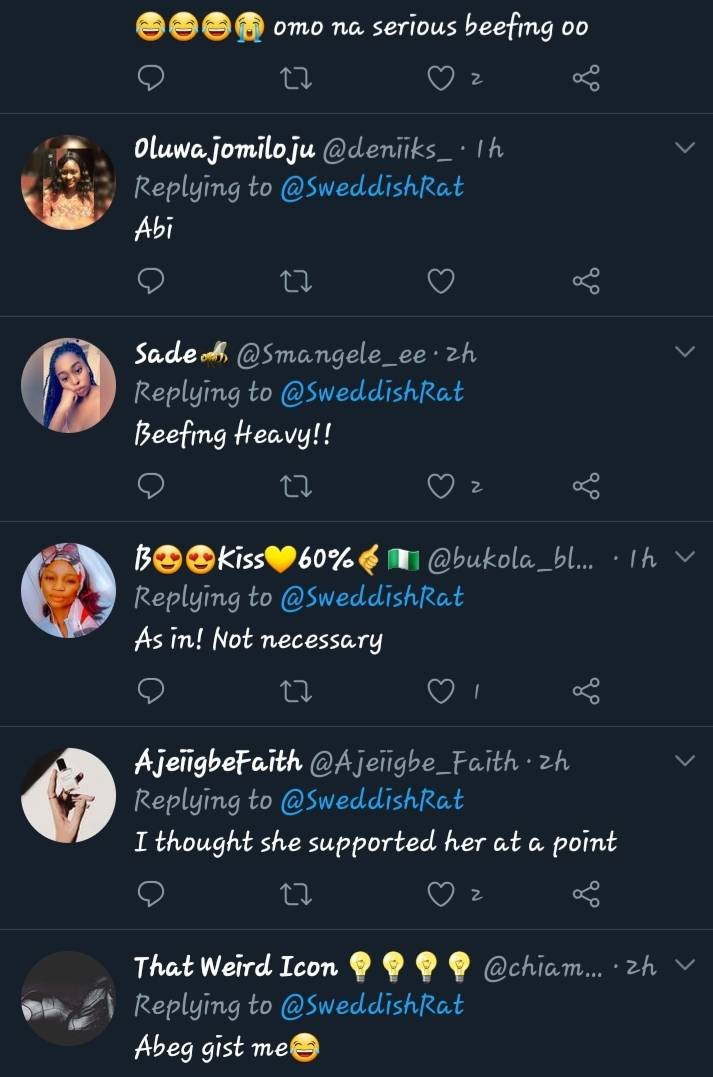