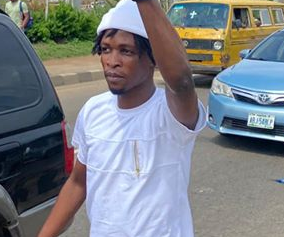 Few hours ago, Olamilekan Agbeleshe popularly known as Laycon was spotted walking on his feet without any ride or even security for protection. He did not know that many people will see him but few people who saw him quickly

took his pictures and shared them on social media. Many people were so surprised to see Laycon because on a normal day, at least a bouncer or two will always be walking beside him for protection from some toxic plans who want to deal with him. But, Laycon walked on the street alone today without any security and he did something exemplary that has even gotten many people praising him on social media after they saw the pictures. 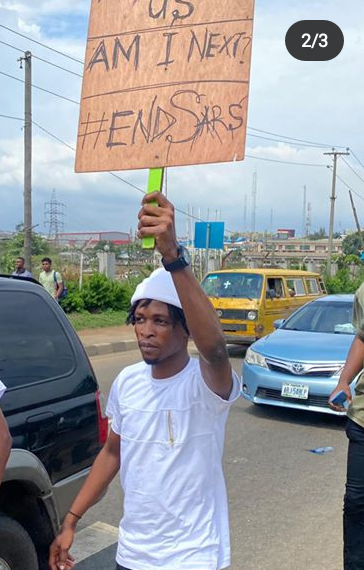 Before Federal Government announced the disbandment of the Federal Anti-Robbery Squad (SARS), Laycon had taken to the street where many people will not notice him for a protest. He has been doing his protest on social media for the past few days but it seems many of his fans want him on the street out there. So, to avoid attention, he took to the street where many people will not be running after him to take pictures, autograph and other things like that. He did not even lead any of the protest just because he wanted to avoid distracting others by snatching their attention away. Laycon was secretly walking behind everyone so as not to notice him. He was walking at the back with a very big placard that says “Stop killing us!!! Am I next? #ENDSARS”. He raised the placard so high so that he could be heard but not seen. Unlike many celebrities who are doing this for clout, Laycon avoided doing live video for everyone to see him. He was just doing it silently and powerfully. That’s how it should not like some celebrities who even went as far as using the platform to advertise their products and be seen on the Television. 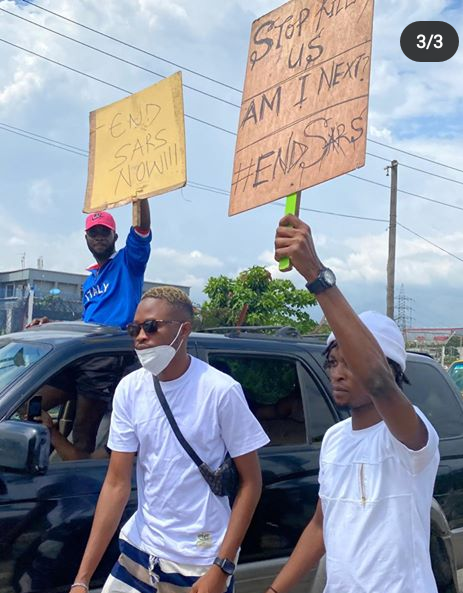 Up until now, Laycon has not even uploaded anything relating to his public protest on his personal page because he is not doing it for everyone to see him. He is doing it to be heard by the appropriate quarters. He is indeed a very good person. Everything about him is exemplary and there are always a dozen of lessons to be learnt from his actions. Other celebrities should also follow his examples and join the protest without getting attention. The message is to end police brutality and not just to be seen all over the country advertising product. God bless Laycon for setting a good example!