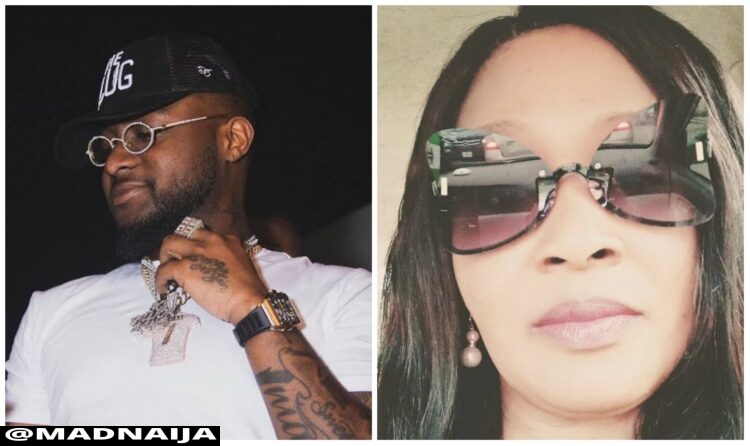 It appears almost every Nigerian woman or female celebrity has had her own share of s£.xual assault.

She alleged that Davido harassed her sekzually in October 20, 2018 and this she believes is how se.xual violence begins.

Kemi Olunloyo disclosed that after Davido’s misbehavior, he found it had to apologize to her for his action.

His fans and associates endorse this reckless behavior and it spirals. He has found it hard to say “Sorry”, an easy word that goes a long way”. 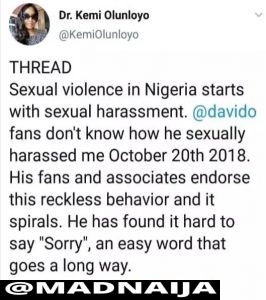