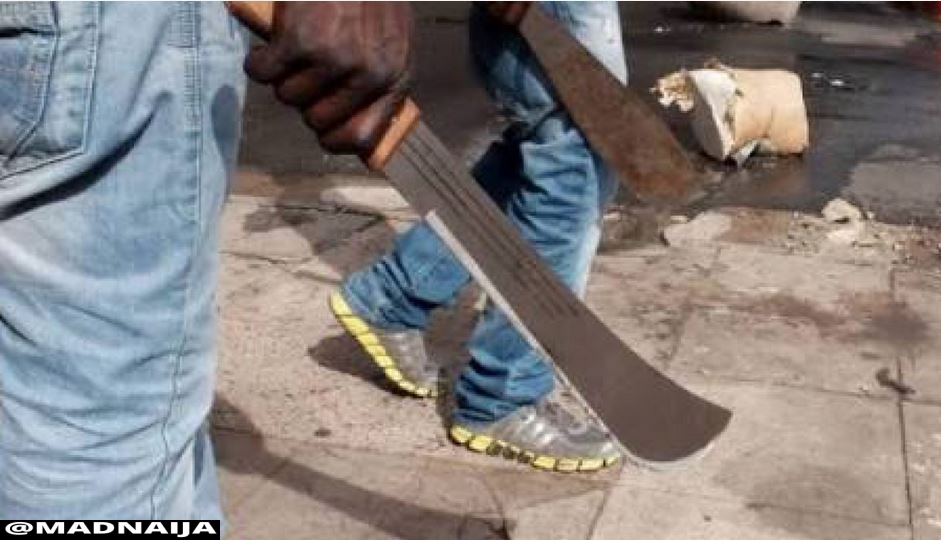 A five-year-old boy simply identified as Mujeeb, was hacked to death on Monday by yet-to-be-identified persons in his compound.

For the fourth time within six weeks, another young person has been hacked to death by unknown gunmen in Akinyele area of Ibadan, the Oyo State capital, The Nation reports.

A five-year-old boy simply identified as Mujeeb, was hacked to death on Monday by yet-to-be-identified persons in his compound in the Tose area of Akinyele Local Government Area of Oyo State on Monday.

Mujeeb’s murder came after the gruesome murder of Grace Oshiagwu, Barakat Bello and Azeezat Shomuyiwa in the same area within the last six weeks. The three previous murders had caused an outcry with police tightening surveillance in the area. But the crime has not ceased, suggesting that law enforcement agents still have a lot of work to do to bring the hackers to book.

Mujeeb’s mother, Mrs Tirimisiyu, told reporters that her son went to practise open defecation after the heavy rain Monday morning. She said he was hacked down by the assailants while defecating.

She said: “When the rain subsided, he told his older sibling that he wanted to go and defecate. The older sibling opened the back door for him. Had I known I would have asked him to defecate in front of the house. Suddenly, he cried out, “Mummy, Mummy.

“His older sibling and I rushed out to the backyard but we didn’t see him initially.Then I checked beside the bush and found him macheted.

He hadn’t died when we got there. So, people fetched him from my hand to took him to the hospital but he later died.”

Fadeyi, a Superintendent of Police (SP), said police were working with other security agencies, the community and other stakeholders to track down the assailants.

He said: “It’s a challenge, and we are working hard to track down the criminals. They will be arrested with time.”