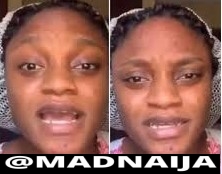 Following the recent tragic that has been going on now, how some female girls were raped to death in Nigeria from different states.

The act was condemned by some Nigerians who took to their various social media platforms demanding justice for the victims.

Also Read: Stop Killing Scorpions! Because It Might Be Your Only Way To Become A Millionaire. And whosoever is found in the act of raping and convicted should be given a severe punishment that would serve as an example to others. However, A lady took to her Instagram handle to Express her own point of view concerning the different way a lady can be raped. According to her ” Any guy who lies to a lady and make her fall in love with him then sleeps with her and later dumps her should be also classified as a rapist”. Also Read: “I Am Alive, I’m Not Dead, Veteran Nollywood Actor Hanks Cry Out (Watch Video)

She then added that, how will a man lie to a lady makes her to fall in love with him later dump her and the lady will be depressed and frustrated just because of the boy, such a man is a rapist though the lady allowed the man to sleep with her at her own will, that such a man is a rapist, not until you force your self on a woman before convicted of Rape, using and dumping lady is a act of rape she said. Watch video below:

ALSO SEE:  Tacha Wins The Heart Of Fella Makafui As She Reacts To A Photo Of Hers