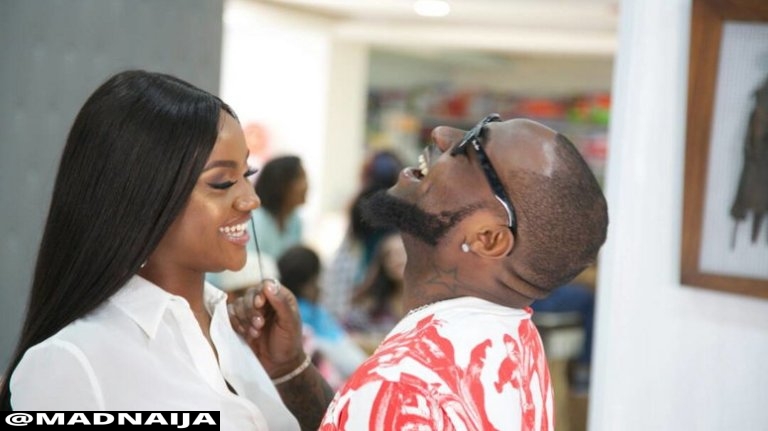 Nigerian singer, David Adedeji Adeleke, known professionally as David caused a huge stir on Wednesday when he announced on social media that he won’t be making people happy any longer at the detriment of his own happiness.

In a Twitter post, Davido said: ‘If you can’t reach me, don’t reach me!!! I’ll contact you. All my life I’ve put people before me. It’s time to actually live my life and take care of myself. I’ve changed my number. I needed some cleansing to do y’all.’

His posture has baffled a lot of people especially moments after which he unfollowed his right hand man, Peruzzi and his new found friend Wizkid (remember they had an age long beef before they patched up).

In retrospect, we think Davido is doing all this because of his baby mama Chioma Avril Rowland, the woman with whom he gave birth with to a boy named David Ifeanyi Adeleke Jnr.

This is because shortly after Davido made the post, Chioma swiftly responded by saying; ‘Family Only.’ 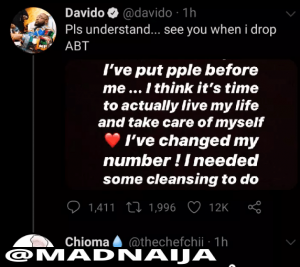