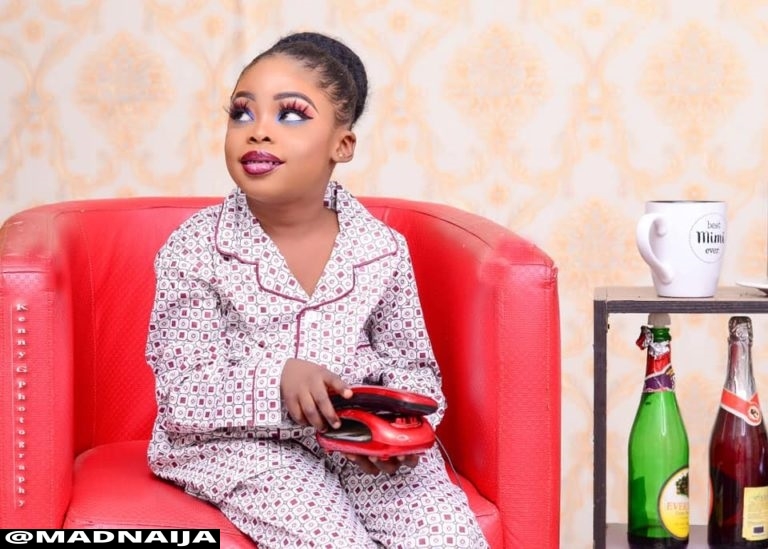 A Nigerian woman has been tackled by social media users after she dressed her 5-year-old daughter in bikini.

A Nigerian lady has been lambasted by social media users over the manner she celebrated her daughter’s 5th birthday two days ago.
Ejiwunmi Yetty took to her Facebook page to share photos of her daughter, Okikiolami, wearing a full glammed-up face, rocking a yellow bikini and also a blue aso-eke.
Nigerians who saw the girl in bikini thought it was inapprioprate for the girl at that age and lashed out at her mother.
Facebook users took to her comment section to slam her.
Tunde Adebayo wrote; “You are a bad example of a good mother. I blamed your husband for allowing this aberations to thrive under his roof.
With this kind of attitudes towards a innocent girl, one needs not to look far to know how worst ur spinsterhood was.
Shame on you Yetty!”
TemmyTope Oluwaseun Akinnitire wrote; “And if u and ur husband don’t have brain and none of ur neighbors or ur parents could advice u not to dress for this child like this”
Adeola Awoshipe Seliat wrote; “You have literally handover your deed to your child from Age 5
We wouldn’t blame u though cos we don’t know if that was what u inherited from your mum too
So u caught ur own daughter too early”
See the photos below: 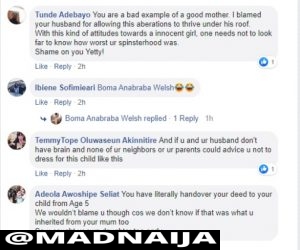 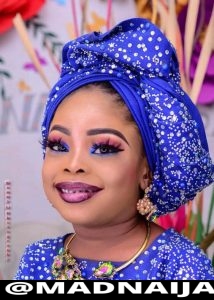 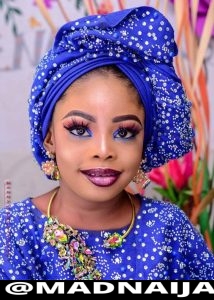