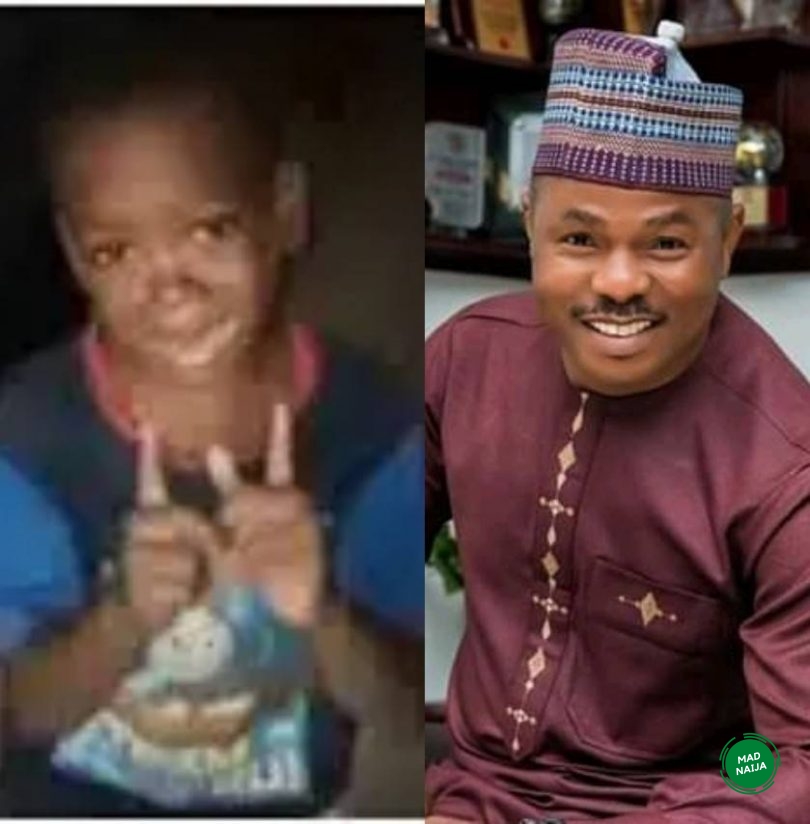 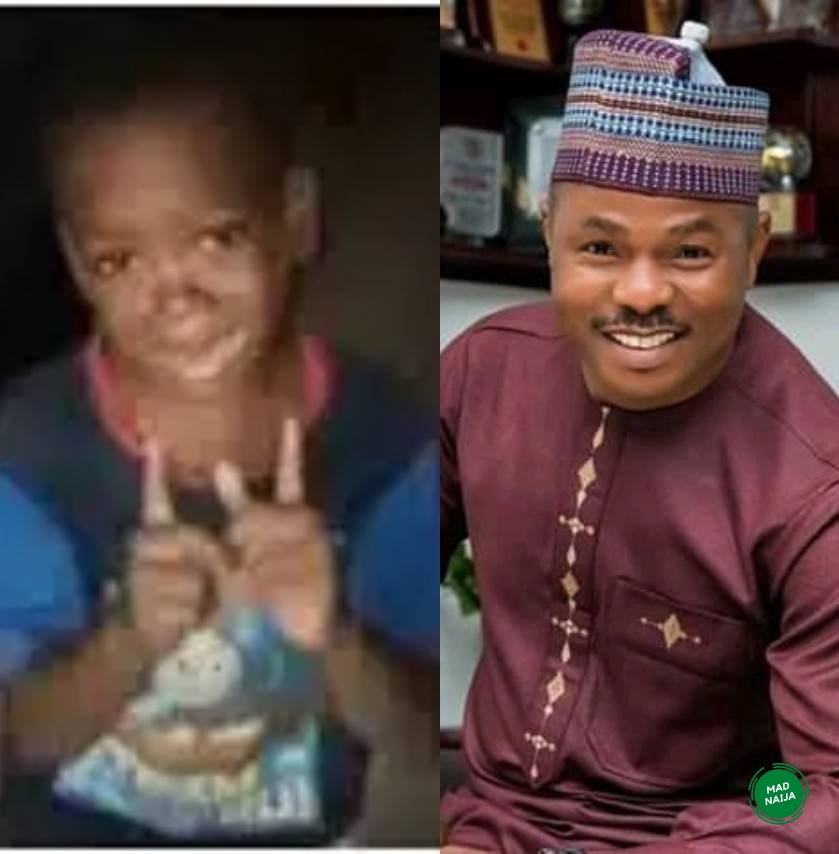 .One of the reasons why we must be careful of our actions is the fact that whatever we do can affect those around us. There is every possibility that our actions can affect people positively or negatively. These effects of our actions are respectable of no one, it doesn’t matter if a person whom it is to affect is your immediate family member or not. They can affect even your children. This is the more reason why we must make sure that we engaged in actions that will bring positivity to those that it may affect. Iya Oreanu has uplifted her little son through the popular video she recorded when she was about punishing her son. It should be recalled that a video of a little boy surfaces on social media some days ago. In that video, the little boy was seen begging her mother to CALM DOWN when the mother was about beating him for an offense unknown. The manner at which the little boy was pleading with the perceived angry mother was amazing. The boy who switches between English and Yoruba languages in the video promised his mother in the Yoruba language that, he will never offend her mother that way again. That trendy video has caught the attention of some prominent Nigerians since it appears on social media days ago. At first, it was the Lagos State governor, Babajide Sanwo Olu who demanded to see the little brave boy. 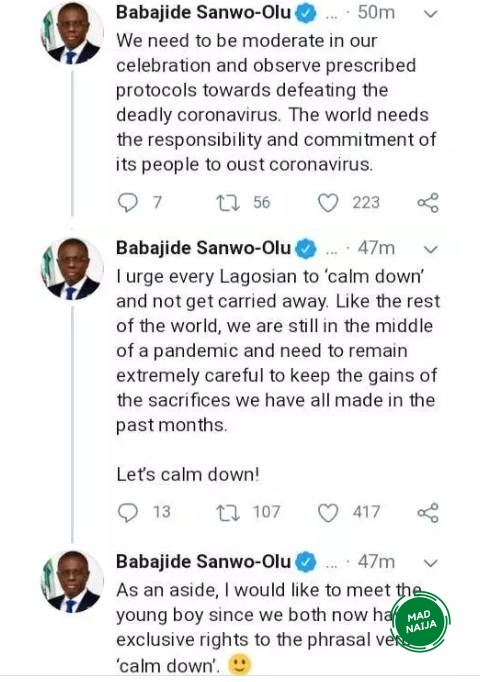 .That singular gesture from that popular governor has since brought fame to the boy and his family. This is why I stated earlier that, our actions could make or destroy people around us. The action of this woman has brought fame and recognition to her son and the entire family. 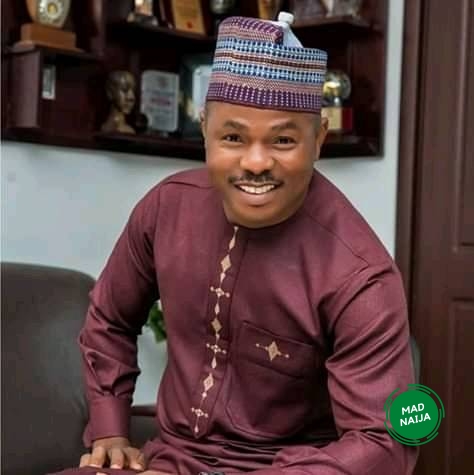 Again, Yinka Ayefele, one of the most popular gospel singers in Nigeria has expressed his desire to establish contact with the family. Ayefele who is one of the famous gospel singers in Yoruba land has joined the league of those that want to meet the mother and the brave son. Yinka, who’s inspirational gospel songs have traveled far and wide, is someone that lots of people in Nigeria are hoping to meet at least once before they die. The action of this woman has triggered the notable gospel singer not just to see the little boy, but also put him in the position of searching for their contact. Indeed, the boy is a star in the making.

A few hours ago, Yinka Ayefele took to his Facebook page, where he announced that he is searching for the contact of the woman whose son told, to calm down in the much-talked-about video. According to Ayefele, the mother has already calmed down as demanded by the boy. That was in connection with the reaction of the mother as shown a photo she uploaded on her Instagram page concerning the request of her son. Yinka states on the Facebook page thus: Mummy has finally CALM DOWN oooo, Please I need her to contact you. See the post by the musician demanding for the contact below:

ALSO SEE:  Indecent Dressing Is Not An Invitation To R*pe – Actor Yul Edochie 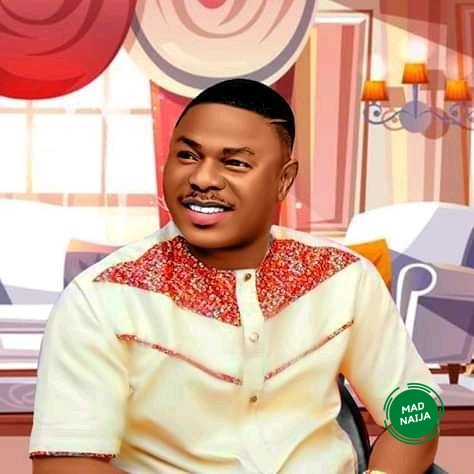 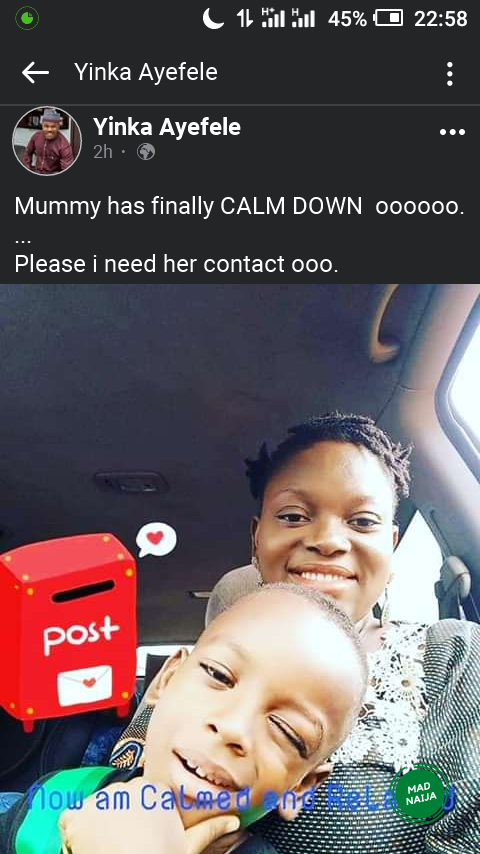 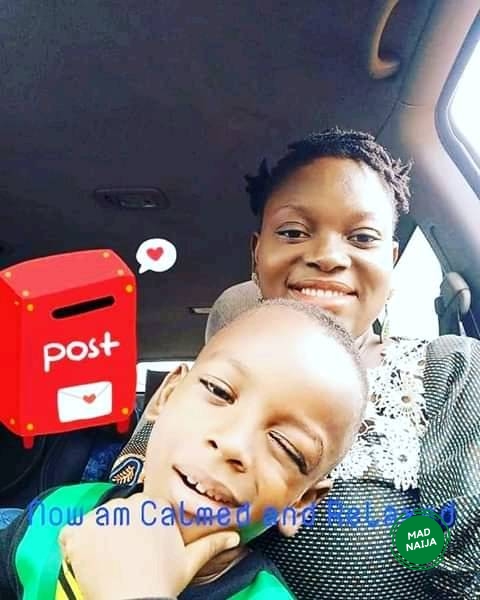 .What do you have to say about how the action of the mother is changing the lives of the little boy and that of the entire family? Do you think all mothers are blessings to their children and families? Hit the comment box below let talk about this.