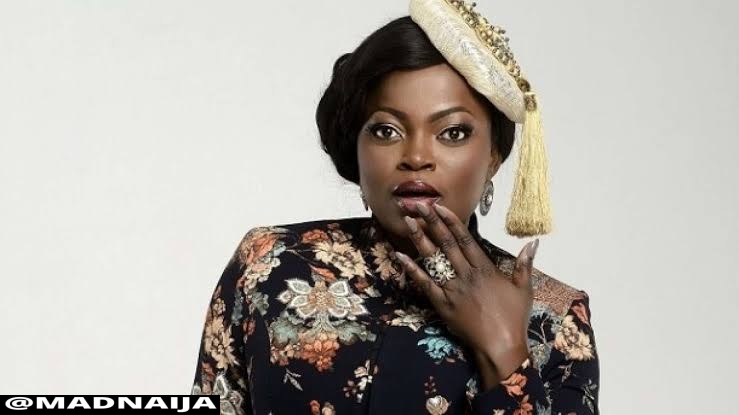 Nollywood actress, Funke Akindele has joined the campaign against rape by posting an awareness message on her social media.

The subject of rape has been trending heavily on social media in recent days after two teenagers were allegedly raped and murdered in Nigeria.

ALSO SEE:  Tonto Dikeh Curses Those Who Preaches Against Surgery – Proudly Flaunts What Her Doctor Gave Her

Since then, the campaign against rape has been strong on social media with some ladies also ceasing the opportunity to call out their rapists.

Some Nigerian celebrities including Peruzzi, D’Banj and Uti Nwachukwu been accused of rape.

ALSO SEE:  MUST READ! Meet Nigerian Celebrities Who Photoshop Their hips and Increase It To Show Online.

And Funke took to her Instagram to warn men to stop abusing ladies. She captioned the message “NO MEANS NO!!! Don’t force It!!“