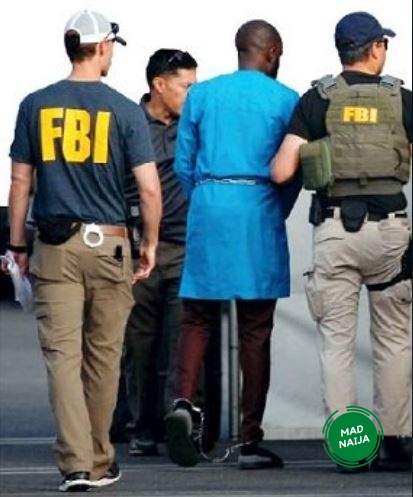 Most of them had departed their homes in Nigeria in the hope of securing lucrative jobs in the oil-rich United Arab Emirates, having lost hope in their own country and its system.

According to a post that has gone viral in recent times, Nigerians resident in the United Arab Emirates (UAE) are barred from applying for jobs advertised in the Middle East country. And while many were quick to attribute the development to the recent arrest of the alleged notorious cybercrime fraudster, Hushpuppi, findings revealed otherwise, INNOCENT DURU reports.

Most of them had departed their homes in Nigeria in the hope of securing lucrative jobs in the oil-rich United Arab Emirates, having lost hope in their own country and its system.

For many of them, however, the decision has turned out an awful error as many employers in the oil-rich country are said to have barred Nigerians from applying for jobs, even when such jobs are meant strictly for Africans.

With the Eldorado they chased from Nigeria to Dubai, the UAE capital not anywhere in sight, many of them are desperate to return home, but they are not only stranded but also frustrated.

Their plight became public knowledge after a social media post indicating that Nigerians in UAE were precluded from applying for available jobs in the Asian country went viral.

Given that the post came on the heels of the arrest of Hushpuppi, the alleged notorious cybercrime kingpin, many were fast to attribute the predicament of other Nigerians in UAE to his atrocities.

But Nigerians who spoke with our correspondent from the UAE were unanimous in declaring that their plight had nothing to do with Hushpuppi. The ban on Nigerians, according to them, had been in effect long before the fraudster’s issue.

What then are the sins for which UAE employers prefer the nationals of smaller African countries to those of the so-called giant of Africa?

Femi Johnson, a Nigerian resident in Dubai, said: “I saw the information barring Nigerians from applying for the advertised vacancies.

When I asked why I was told that it was not an official decision of the UAE government but that of employers of labor.

“The ban on Nigerians from applying for advertised jobs also has nothing to do with Hushppuppi. After all, he was not the only person arrested around that period.

People of other nationalities were also arrested but it was that of Hushppupi that grabbed the media space.

“Many Nigerians like the easy way out. For instance, the sale of alcohol is regulated here but some Nigerians will want to be smart about it.

“Last Friday, some Nigerians held a party and in the Sharjah area and ran into trouble with the authorities. An Indian neighbor told them that the music was too loud but they did not budge.

“An argument ensued and they threw the guy down from a 14-story building. The police moved in and arrested many Nigerians and other Africans there.”

Such development, according to Johnson, robs off negatively on the image of innocent Nigerians.

He added: “At my place of work, my colleagues got angry about the incident and bombarded me with questions. I had to repeatedly explain things to defend my country and our people.

“I am working here in Dubai, and I happen to be the first African to work in the organization. When my boss saw my level of diligence and hard work, he asked me to bring my brother to also come and work in the company. He is here working in the company with me.”

A Nigerian resident in the Sharjah area of the UAE, Emem Akpan, said some employers bar Nigerians from applying for certain jobs because of their past experiences.

Sloan said: “It has nothing to do with Hushpuppi’s arrest. Some Nigerians always want to take advantage of situations. After some employers would have invested so much on some of them, the employees will just run away at a point.

“Some of the employers here prefer to employ Ethiopians instead of Nigerians. I went for an interview some time ago and a fellow Nigerian told me that once they helped her with a visa, she would work for two months and run away if another job came her way.

“I told her if she was not going to stay, there was no need for making them process her visa which costs almost a million naira.

Another reason UAE employers of labor turn down Nigerians, according to Emem, is the language barrier.

ALSO SEE:  ‘Who God Bless No Man Can…’ – Tekno Reacts As He Beats Wizkid And Burna Boy On Youtube’s Top 5 Most Viewed Nigerian Artists

She said: “When I came here, I could not apply for a front desk job because I could not speak Arabic and could not transact with the people that were coming to do business.

“Some of the clients don’t speak English well so they always want somebody who understands and speaks Arabic. But Nigerians are still employed in customer care sections. Presently, I work with a travel agency.

“The Hushpuppi issue still pops up during newscast.  But it is not only Nigerians that are committing crimes here. We read about Dubai police arresting some drug lords but they won’t publicize them because they are not Nigerians.”

Dada Ezekiel, who resides in Dubai, said he felt bad when he saw the post barring Nigerians from applying for jobs.

“It doesn’t make one feel well,” he said.

“When I saw the job vacancies Nigerians were barred from applying for, I initially thought it had to do with the Hushpuppi stuff.

“Later that day, I saw a report that it was not the UAE government’s position but that of the employer who placed the advert.

“There are two Nigerians in the company I work with. Before now, they didn’t want blacks.  When they tried the first person and saw what he was able to do and has been doing, they asked him to bring another person from Nigeria, and that was how I got the job.

“When I was in Nigeria, I didn’t know the depth of this kind of issue on one’s psyche until I got to this place. It is here I got to know how it feels when you go for an interview and you feel isolated and people treat you like you are not a human being just because of the information they might have received about Nigerians’ involvement in the scam.”

Many Nigerians, he said don’t care about how their actions affect other people.

“What Nigerians are generally noted for here is internet fraud. When I got here, I saw that there were a lot of services we could offer but a few of our people dent our image.

“Recently, a Nigerian colleague was trying to scam an Indian by pretending to be processing a Canadian visa for him.

“The Indian was almost paying the money when he noticed that he was being scammed. If he (Nigerians) had been caught, how would the hosts perceive somebody like me?

“When I came here, there was a guy that came in with a three-month visa. When the visa expired, he absconded instead of making efforts to renew it.

“Those are the kinds of people who commit most of the crimes. They always run away from the police and do nothing than drinking.

“Sharjah is where you find many Nigerians. It is like a community for Nigerians and what most of them do is to drink with the females, doing all sorts of stuff.”

Corroborating Ezekiel’s remarks, a Dubai resident, who gave his name simply as Segun, said: “Why they prefer some other African nationals to Nigerians is the attitude of our boys.

Most of them want to make quick money. are doing here. They do leave those guys for some time because they know that they will confiscate all they have at the end of the day.  There is no way they can take any of those things out of Dubai.”

He added: “Some of them don’t have any qualifications and want to come here to make quick money. Here, they pay according to your qualification and level.

“There are so many challenges for our brothers here. Most of them are not doing well at all.

“Some of them who got jobs in some companies would suddenly say they don’t want to work again because they think the pay is not enough for them.

“Most of them live extravagantly. They cannot safe when they lead extravagant lifestyles because Dubai is an expensive place to live in.

“No matter how much you are paid, if you want to live the way you want here, you may not be able to save a dime.

“Even some Europeans run into debts because of the extravagant lifestyle, even though they earn fat salaries. Some of them get as much as N17 million monthly but they still run into debt.”

A Nigerian cleric, Archbishop Sam Zuga of the House of Joy Ministry, Makurdi, who was in Dubai early in the year, decried the plight of many Nigerians in the UAE.

Zuga said: “Nigerians are being treated like slaves in UAE. Most of them are women who are stranded with their international passports seized by Nigerian human traffickers. The most stranded people in the UAE are Nigerians. Nigerians are the biggest problem of Nigerians in the UAE.

“Dubai needs standard, but they don’t have a standard. Many of the Nigerians youths I met in Dubai went there to look for money without a defined agenda. Dubai is not money-making but a money-spending city.

“The truth is, no firm in Dubai, be it government or private, trusts a Nigerian. Nigerians have big certificates without skills. They (UAE) need both your money and your skills.”

Last year, the Nigerian Ambassador to the United Arab Emirates, Mohammed Rimi, revealed that 446 Nigerians were serving different terms in UAE prisons for crimes ranging from possession of hard drugs to engage in robbery.

He said: “Although there is no exact record of our citizens in the UAE owing to the inability to register them on arrival, the number of Nigerians resident in the country is estimated at 10,000. Out of this number, about 2,017 are students in various universities.

“It is disheartening to state

that 446 Nigerians are currently serving different terms in prisons across UAE for committing various crimes including possession and consumption of hard drugs and engaging in an armed robbery.”

“In the spirit of forgiveness, tolerance, and accommodation, the UAE government granted amnesty to all irregular residents in the country.

“In 2018, no fewer than 5,774 standard passports were issued by the embassy, out of which, 3,164 were specifically issued during the amnesty program. A further 1,346 emergency traveling certificates were issued to Nigerians to facilitate their return home.”

Contacted, the spokesman of Nigerians in Diaspora Commission, Rahman Balogun, said he was not aware of the post claiming that Nigerian had been barred from applying for jobs in the UAE.

“I am not aware, but Foreign Affairs may because it is a consular matter. We here at NIDCOM are not aware.”

Foreign Affairs Ministry’s spokesman, Ferdinand Nwoye, admitted seeing the post, but he said the ministry had not received any official report about it.

“If such a thing happens, they will write to us officially informing us of that position, because it is an official position.  I am not of any knowledge that such has been communicated to the ministry,” Nwoye said.