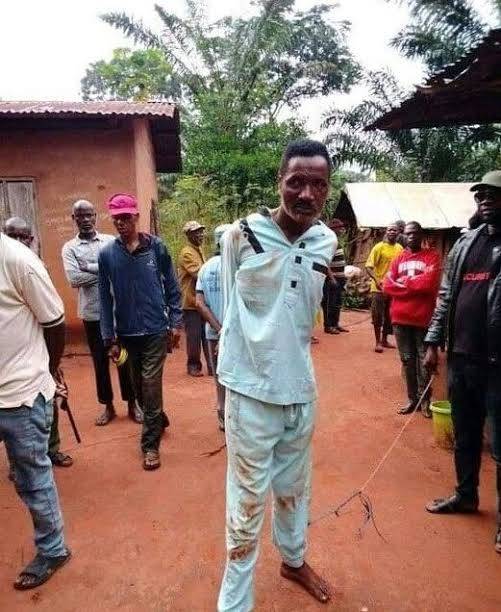 A 46-year-old man in Enugu state had been accused of beating his parents to death with a pestle. The sad incident that occurred last Saturday in Aroji Mkporogwu, Iheakpu-Awka Agu in Igbo-Eze South Local Government Area of Enugu State was reported by Sun News.

According to the report, Michael Ugwuanyi, beat his mother and father to death with a pestle. Micheal is a businessman in the northern part of the country and the reason for the gruesome murder of his parents is yet to be established. Relative of the family reported that the mother was pounding yam when Micheal snatched the pestle and hit her several times. He did the same time his late father also.

Speaking to the chairman of the vigilante group of the community, Mr Ugwu. He revealed he was in his room when a nurse Michael called after killing his parents came to report the incident. According to the horse, Michael came to report his parents were not feeling fine. To her surprise, she found them dead on getting there. There are still bruises from the beating and it was reported that their skulls were smashed totally.

The vigilante chairman revealed they have never had a problem with Michael although family members have been reporting strange behaviour on his part for a while now.