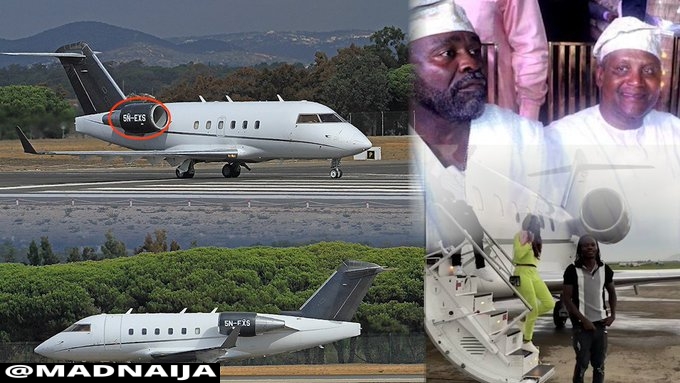 Executive Jet Services has an approved AOC license issued by the Nigeria Civil Aviation Authority and the license allows several aircraft to operate using its AOC including the ones owned by Dangote.

Iwuajoku also owns Legend Hotel, a luxury hotel around the Lagos Airport that once played host to a music video recording by hip hop artistes, Kiss Daniel and Davido.

Announcing a ban on the activities of Executive Jet Services on Monday, Hadi Sirika, Nigeria’s Minister of Aviation, said the flight was indeed approved but for a different reason, adding that the pilot provided false information and deceived the Nigerian Government.

He said, “The operation is a clear violation of our approval which we take very seriously. It seems this is becoming a norm. This is the second time. So, Executive Jet Services is hereby suspended indefinitely and they will face the law.

“The captain will also be sanctioned for giving wrong information to the control tower. It seems also that people are not tired of trying our resolve and we are not tired of living up to our responsibilities. Governance is a serious matter.

“The person on that flight conducted a concert. We approved a flight, certainly not for a musician. The flight was approved to convey Honorable Justice Adefope Okogie from Lagos to Abuja and then back to Lagos for an official assignment.

“In this challenging time, in our wisdom, we decided that the judiciary was part of the essential services. Moving a judge from Lagos to Abuja was in order.”