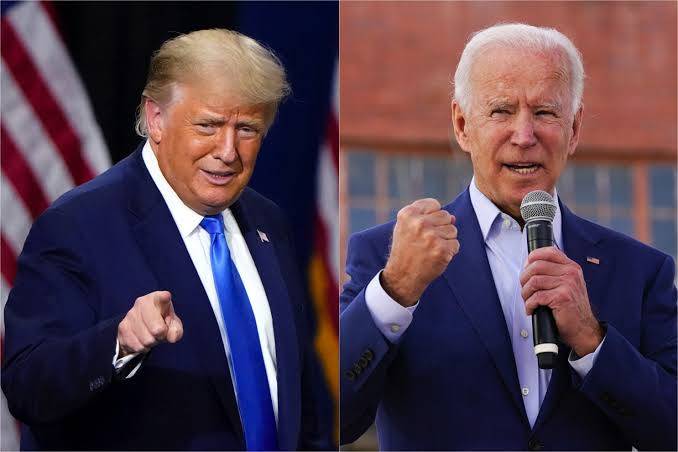 It seems every move made by the incumbent President of the United States of America is gathering more steam as he receives yet another boost in his bid to retain his seat as the first man of the United States of America. Americans had gone to the polls on November 3 to choose between the incumbent Republican Donald Trump and his challenger, Joe Biden.

Joe Biden would have the upper hand as he won the election in terms of both popular vote and electoral votes, becoming the 46th President-elect of the United States in the process. However, the man that was defeated failed to concede defeat or accept the election result, alleging that there had been cases of electoral frauds especially in states where the voters had used mail-in ballots to cast their votes. 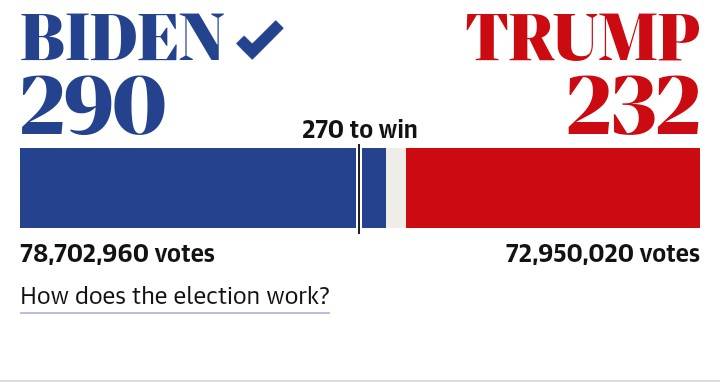 Since then, the incumbent American President has often taken to his verified Twitter account to intimate his fans and followers of the recent developments in his bid to use the Supreme Court to retain his seat. In his latest tweet, he reacted to a report by Bloomberg which suggest that his campaign is seeking to withdraw its Michigan election lawsuit, saying the litigation achieved its goal of derailing the certification of election results in Detroit and surrounding Wayne County.

Reacting to the news, he tweeted, “We withdrew because we won!” 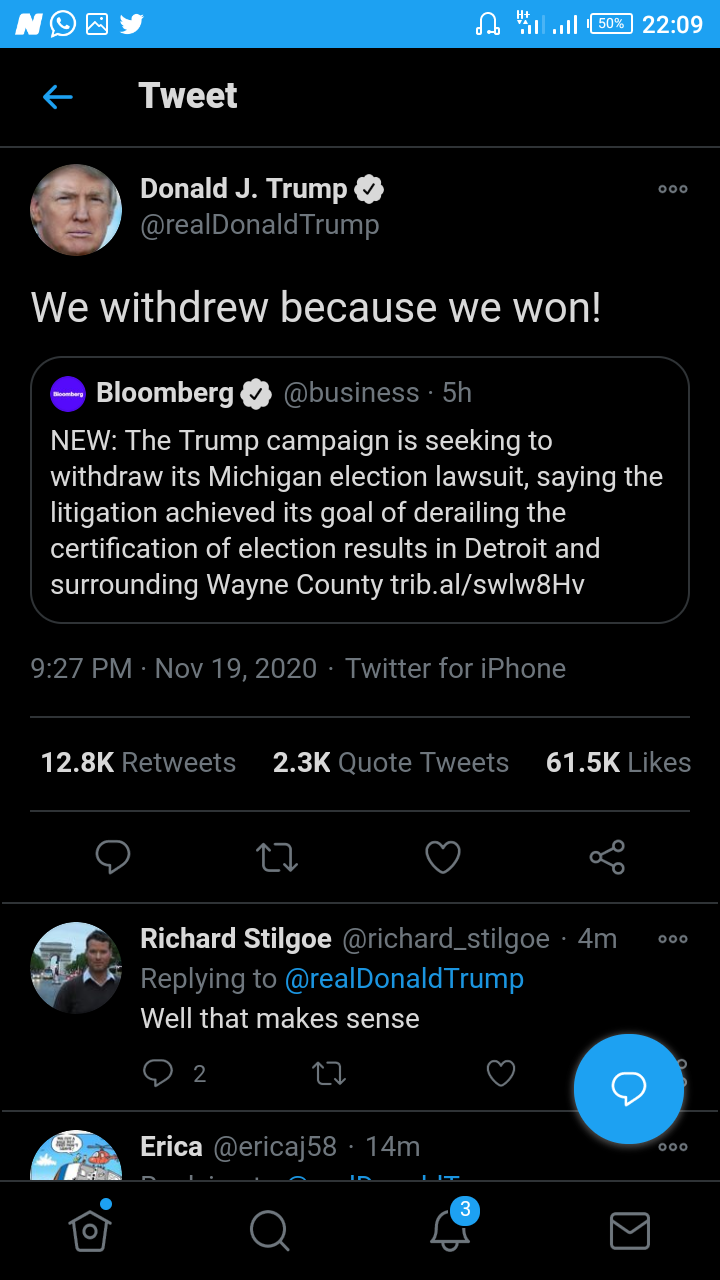 In recent days, the incumbent President has been actively engaging his followers on the latest developments which seem to be favourable to his cause of using the country’s Supreme Court to retain his seat and this latest news seems to be another good news for the president. 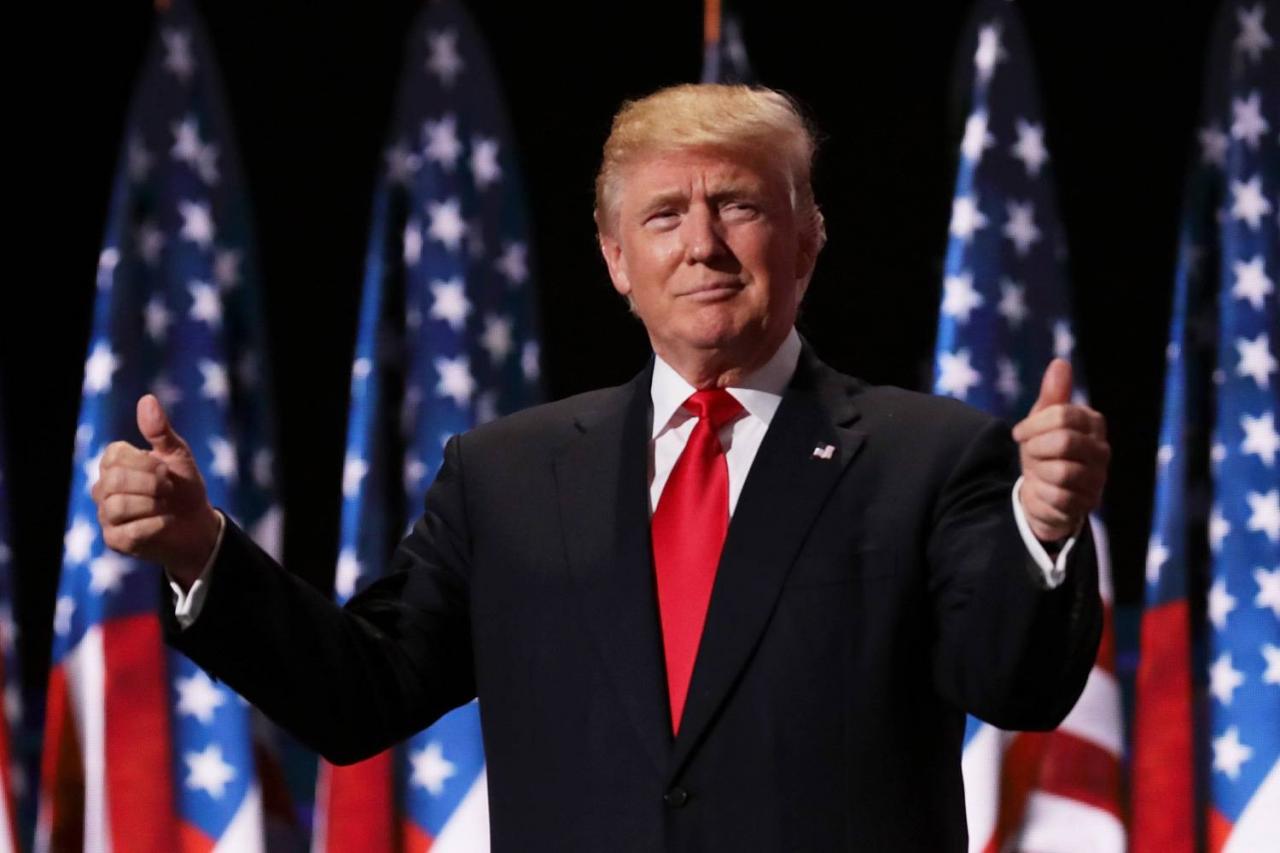