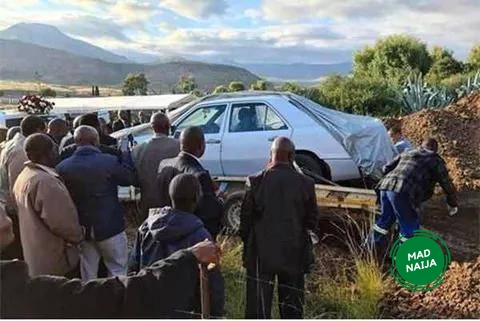 Nigerians never cease to impress the world, A Nigerian man has stunned the world of social when he ventured to bury his father in a brand new state of the art vehicle instead of the normal way. This wealthy man who was only identified as Azubuike was said to have lost his father at old age and had promised according to reports that he would buy him a flashy car

He said he had wished to give him an extraordinary send-off in the graveyard of the local village after he passed away in a remote village of Ihiala. The car was said to worth the sum of $8.91 million. Pictures shows when the car was about to be lowered down to six feet deep into the earth. 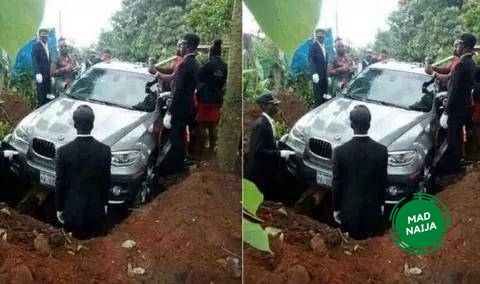 At this , many people believed that the BMW is equipped with a Satellite navigator that will assist the deceased to find his way to heaven. While so many others are angered for the unnecessary waste of money and said the money should have been put to another use. 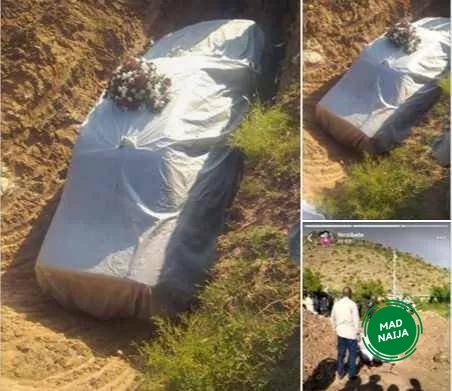