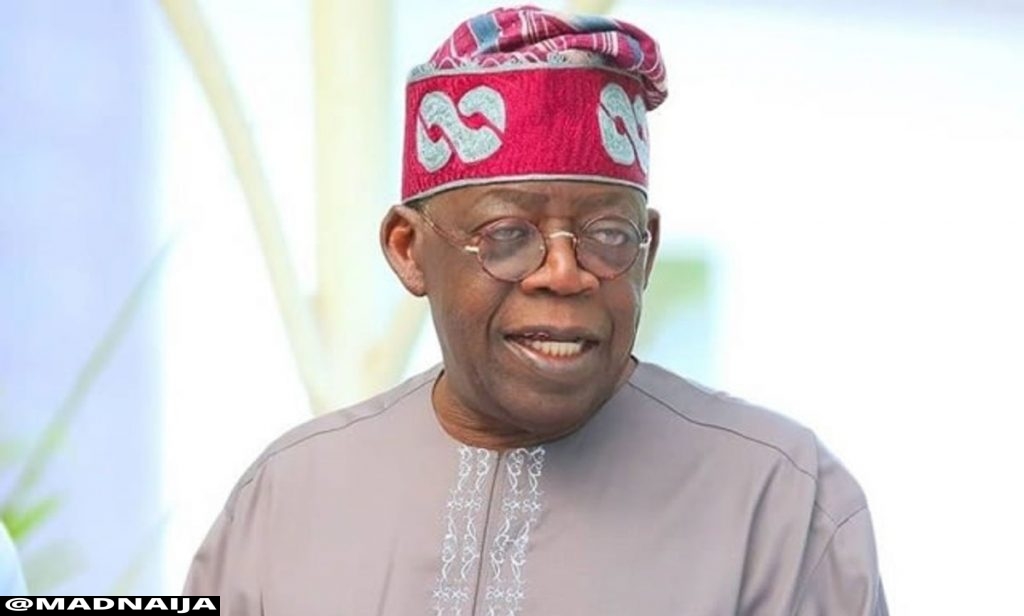 Following reports of an alleged rift between him and minister of interior, Rauf Aregbesola, APC national leader, Tinubu has broken his silence.

National leader of the All Progressives Congress, Bola Tinubu has rubbished reports that there is a cold war between him and the Minister of Interior, Ogbeni Rauf Aregbesola.
Reacting in a statement released on his Twitter page, Tinubu said he is Aregbesola’s leader as such, no such thing as war exists between them.
Read full statement below:
2. Today, the Governor’s Advisory Council, the highest decision-making body within the All Progressives Congress in Lagos State, passed a resolution calling for the disbandment of all factional groups within the party.
3. This was to promote discipline, harmony and cohesion and engender party supremacy. The APC is one united political family in Lagos.
4. Our attention has, however, been drawn to a report in an online newspaper alleging that the GAC’s appropriate and candid resolution had worsened a phantom cold war between Asiwaju Bola Tinubu and the Minister of Interior, Ogbeni Rauf Aregbesola.
5. This is a figment of the imagination of the news organization that authored the report. Asiwaju Tinubu remains Ogbeni Aregbesola’s leader. The former governor of Osun State has been unswervingly & wholly committed to the progressive ideology of the Tinubu political family.
6. There is no war, cold or hot, between them. There has never been and there will never be. Asiwaju believes in him and he believes in the APC leader.
7. Our political family remains strong. And we are staying focused in our commitment to building and maintaining a cohesive political party.
8. The GAC is a very strong body within the APC leadership structure in Lagos. Its resolution is not targeted at any particular individual or collection of individuals.
9. The resolution was to restate the often-stated position that the only group known to us is APC and not any of the factional groups. It was to renew the commitment to APC and its unity.
10. Ogbeni Aregbesola is a strong member of the political family. The GAC position does not imply any division within the group. The resolution is well-meaning and should not be misinterpreted.
11. To do so impulsively as the authors of the report has done is to take the frontier of reporting away from facts to the realm of groundless speculations.
Premium WordPress Themes Download
Free Download WordPress Themes
Download WordPress Themes
Download Premium WordPress Themes Free
online free course
download lenevo firmware
Download Nulled WordPress Themes