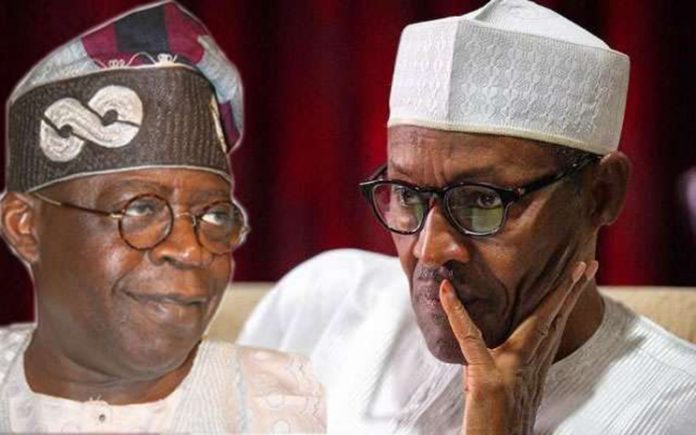 A professor of History and International Relations in the University of Ibadan , Prof. Alexander Adebisi has disclosed that the former Governor of Lagos State, Bola Ahmed Tinubu is sponsoring the on-going #EndSars protests going on in the Southern states of the country.

Adebisi made this known during an online interview on  Saturday with thisnigerianow . According to the the Professor, ” the former Governor of Lagos and self-acclaimed Leader of the All Progressives Congress was sponsoring the protest in order to cripple the country and discredit the administration of President Buhari internationally.  This is the same strategy they used against former president Jonathan.  Recall that they promoted the bring back our girls to the point that it got international sympathy.  The only Challenge Tinubu is facing now is that he is yet to get the Northern youths to join the protest the same way the North got the Southerners to join the protest against Jonathan.”

The university Professor further revealed that it was clear to Mr.Tinubu that his 2023 Presidential ambition has met a brick wall following confirmation the North doesn’t trust him. This has resulted to his  sponsorship of protests to taint President Buhari’s image .

Prof. Adebisi wondered why the Lekki Toll gate which is reportedly owned by Mr. Tinubu has been shut down and converted to a protest ground despite the losses that have been incurred. Recently , the Lagos State Governor addressed the protesters  at the Lekki Toll Gate and at the House of Assembly and even carried a placard and marched with the youths.

His words” Speaking on the ongoing protest , it is a grand plan by  Bola Tinubu to achieve his 2023 ambition by creating unrest in the country which will further cast hatred on President Buhari.

“Tinubu’s plan can be described as spoilers since he can’t get the 2023 Presidential ticket under the APC. I want Nigerians and particularly the youths to be aware of Tinubu’s plans to distablise the country and rubbish President Buhari’s achievements. He also intends to use this protest as tool to fest uprising in the country inorder to divert attention from the issues that might puncture is 2023 Presidential bid.

“I  urge the protesters to be guided so as  not to let those people with their own political  agenda take advantage of their right demands .” The University Don said.

Prof. Adebisi also cited the gesture by chairman of the National Union of Road Transport Workers (NURTW) and protege of Bola Tinubu, Mr. Musiliu Akinsanya known as “MC Oluomo”, who also declared support for the protesters and even sent a van believed to have been to deliver water and drinks to protesters. The protesters however according to reports rejected the van.

Recall that recently, Tinubu has been fingered in the diversion of N22.4bn, $4.4m From Alpha Beta ( A consulting firm) To Vintage Press, Oando, Purchased Shares In Wema, Starcomms, HITV, Others

It was also alleged that the company was being used for “massive corruption purposes including tax evasion, bribery of government officials, diversion of funds” and money laundering.