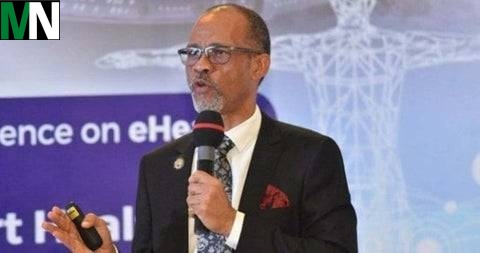 Breaking Headline News For Today In Nigeria As At Monday 29th of June, 2020

Lagosians have been urged to embrace cycling as a sport and means of exercise to generally overcome the effects of ill health through interaction with their environment.

Speaking during a webinar organised by the Cycology Riding Club & African Cycling Foundation in Collaboration with the United Nations Information Centre, UNIC, Lagos, the Lagos State Commissioner for Health, Prof Akin Abayomi, described cycling as an enjoyable sporting activity that is aimed at contributing to the State’s One Health Agenda.

The webinar themed: “Bicycles as Drivers of Post COVID-19 Green Economy”, was a conversation among key stakeholders in Lagos State geared towards getting more people to start riding for health, environment, transport, and socioeconomic benefits.

Abayomi said: “I encourage cycling whenever I can because it is a noble sport. Cycling enables you have fun and exercise at the same time. Cycling in the context of Lagos State One Health Initiative addresses the holistic view of health, that is, human beings living in the biosphere which means you can only be as healthy as the environment you in life in and as the food you eat, and the activity you engage in. Enjoyable sports activity can contribute to One Health Agenda looking at the statistics around the world.”

Highlighting some of the benefits of cycling he said it includes improvement of cardiovascular and respiratory health among others.

“Up to 28 percent of trips in Europe are made by cycling but in Nigeria, the percentage is less than 5 percent. Cycling is an aerobic exercise it helps to build the muscle, expand the cardiovascular and respiratory agility it enables you to keep fit.

“The Lagos State Government has embarked on smart city agenda which is to create an environment for cyclists and pedestrians to enjoy free movement across the city, this involves urban planning, creating cycle lanes, areas for normal vehicular movements, areas for pedestrians and cyclists.

“This is an important aspect of urban planning we need to take into consideration in the future. It is our responsibility as the Lagos State Ministry of Environment, road traffic protection agency, Ministry of Transportation, and Lagos State Ministry of Health to ensure that we do indeed turn into a smart healthy city, a green city, a city where we are mindful about how much carbon we put into the environment, how much space we create for recreation, for sport, the quality of the water system, toxicity in the environment, the greening of the city, like other megacities around the world.” 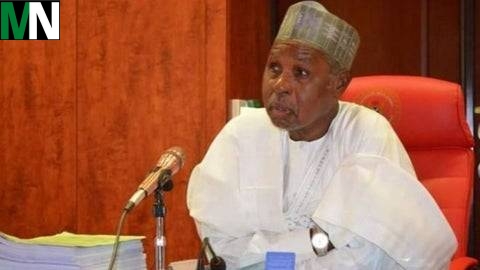 Governor Aminu Bello Masari of Katsina state has again called for a total wipeout of bandits and their activities in the northwest sub-region.

“The governor gives a directive to the military that reiterated the directive that no bandit should be left alive in the Forests of the Frontline local governments in the state.

Masari was speaking during a sympathy and condolence visit to thousands of Internally Displaced Persons-IDPs in Faskari, kadisau, and Dandume communities on Sunday.

He assured the about 4000 IDPs at Faskari primary school and another 800 in Dandume of government’s continued attention and care through the provision of adequate food and medicaments throughout their stay in the camps.

Masari explained that as soon as the military and police deployed to deal with the bandits were able to secure the Forests, they will return to their homes to continue with their farming activities.

On the dastardly action of informants within the communities, the Governor appealed to the communities to assist in identifying these miscreants called informants to enable them to receive the same punishment with that of the bandits in the Forests.

In a remark, the chairman of the State Action Committee on IDPs and Commissioner for Sports and Youths Development, Alhaji Sani Danlami informed the Governor that the committee had been up and doing in the feeding and health care needs of the IDPs in the camps at Faskari and Dandume.

He announced that some politicians have also been complementing the state government towards the provision of food items for the IDPs.

While at Faskari and Dandume LGAs, the Heads of Administration and Finance, Alhaji Lawal Ibrahim Danmumuni, and Alhaji Aminu Idris Mashi both assured the Governor of ensuring adequate treatment for the IDPs in line with best international protocols.

The federal government disclosed yesterday that more than one million applications were received from intending N-Power enrollees across the country in less than 48 hours.

This was as it debunked reports that the N-Power portal had been hacked. Rather, the government said the portal was not only secured but also that it had not been compromised in any way.

The Federal Ministry of Humanitarian Affairs, Disaster Management and Social Development, in a statement, Sunday night, through its Deputy Director Information, Rhoda Iliya, said, “Over 1,000,000 applications have been received from across the Federation in less than 48 hours after the Honourable Minister, Sadiya Umar Farouq declared open the new N-Power Portal on the Ministry’s website.”

It called on all young Nigerians between the ages of 18 and 35 with or without formal education to apply for a slot in the new programme which it said, “would be very focused on agriculture.”

“The Ministry will like to assure Nigerians that the N-Power portal is secured and no data has been compromised,” it said, adding: “The portal is open for Nigerians who meet the application criteria.”

The statement read in part: “Inline with the ongoing N-POWER Batch C online application which commenced Friday, June 26, 2020, the Ministry of Humanitarian Affairs Disaster Management and Social Development, hereby announces that over 1,000,000 applications have been received from across the Federation in less than 48 hours after the Honourable Minister, Sadiya Umar Farouq declared open the new N-Power Portal on the Ministry’s website.”

“The Ministry wishes to reiterate that all young Nigerians between the ages of 18-35 with or without formal education can apply for a slot in the new program which would be very focused on agriculture”.

“The number of applications so far received is an indication of the number of our youths who need jobs and the confidence in the program.”

The Ministry will continue to collaborate with its technical partners to provide timely support to all applicants.

“The selection process would be fair and transparent and the public would also be carried along at every stage.” 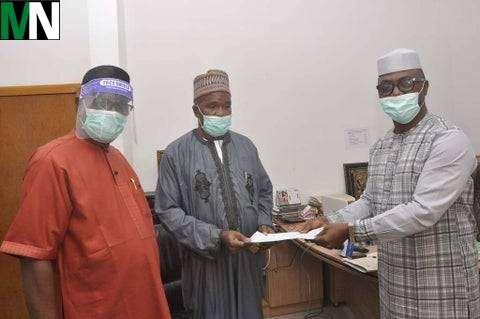 The Edo Forum of Retired Heads of Service and Permanent Secretaries has donated N500,000 to boost the Edo State Government’s response to check the spread of coronavirus disease (COVID-19) in the state.

Chairman of the forum, Mallam Ikhelowa Atalasa Hanson, who made the presentation at Government House, Benin City, said the donation will complement the state government’s effort in deploying resources to fight against the spread of the virus.

Ikhelowa said as a body, the retired heads of service and permanent secretaries tasked themselves to support the state government’s unalloyed commitment to protecting Edo people.

On his part, Vice Chairman of the forum, Sir Xerxes Usiobaifo urged residents in the state to comply with all regulations from Nigeria Centre for Disease Control (NCDC) and the state government, noting that COVID-19 is real.

He urged people to stop doubting the existence of coronavirus disease, as adhering to the government’s directive is in their best interest.

The Head of Service, Mr. Anthony Okungbowa, expressed appreciation for the donation, assuring that the sum would be put to judicious use.

Okungbowa urged members of the forum to protect themselves as the elderly were most vulnerable to COVID-19.