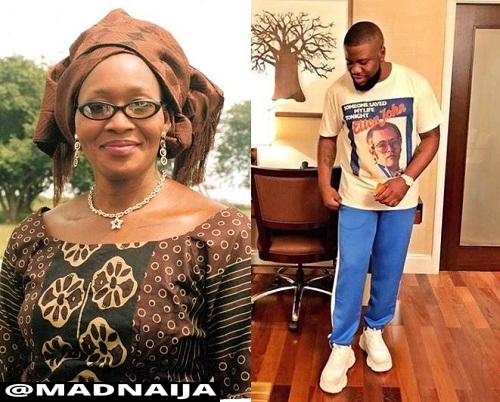 Well known Nigerian Investigative journalist Kemi Olunloyo has disclosed that the Nigerian-Dubai based big boy Hushpuppi has finally arrived in the States after he was arrested.

Controversial journalist on Friday evening took to her Twitter page to announced that Hushpuppi has been detained by the Federal Bureau of Investigation (FBI) upon arrival in the US. According to Kemi, the accomplices of Hushpuppi, Woodberry, Tony Roma, Pac, Sean the Escaper were reportedly arrived in American on 12th of June at exactly 6:39pm.

#BREAKING HushPuppi, Efe, Woodberry, Tony Roma, Pac, Sean the Escaper are reportedly landing on US soil now 6:39pm 6/12/20. They will be processed by the FBI, US Secret Service and detained in a federal facility.

Hushpuppi and his friends were reportedly arrested by the Federal Bureau of Investigation and Interpol few days ago for allegedly getting involved in fraudulent activities.