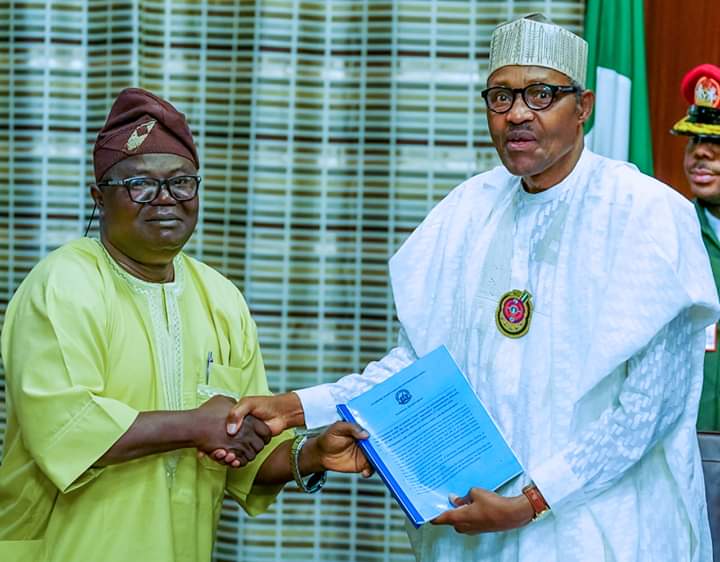 The Academic Staff Union of Universities (ASUU) has declared that President Muhammadu Buhari was not addressing its members when he declared that only those on the IPPIS platform will get their salary.

This position was made known by ASUU National President, Professor Biodun Ogunyemi in his reaction to earlier reports that President Buhari has declared that lecturers not captured on the IPPIS platform won’t get their salaries.

It will be recalled that madnaija News earlier reported that President Buhari had on Thursday while speaking during the presentation of the 2021 National budget estimates to a joint sitting of the National Assembly, stated that only lecturers captured on the IPPIS platform will be paid their salary.

IPPIS – Integrated Personnel and Payroll Information System (IPPIS) is a centralized payroll platform introduced by the Federal Government which it says will help it monitor and block leakages in the payment of salaries and wages.

However, the leadership of ASUU has rejected the migration of its members to the platform. It also went ahead to recommend an alternative to the government called Universities Transparency and Accountability Solution (UTAS).

Therefore, Prof. Ogunyemi noted on Thursday that he is sure the President’s statement during the budget presentation was not targetted at ASUU members.

“I don’t think that statement was really meant to upset ASUU. We have been at a meeting with Mr President, where we presented that same issue and we left that meeting the understanding that what we believe is better than IPPIS should be appropriate,” Ogunyemi told Tribune in a telephone interview.