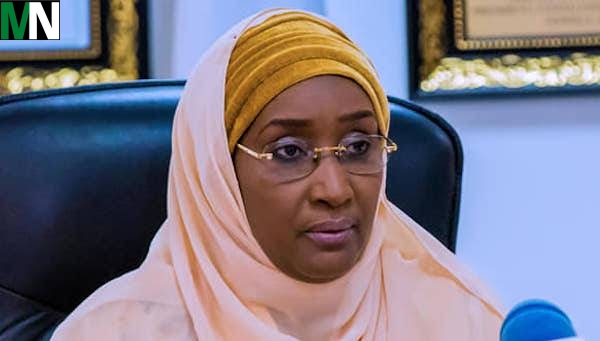 Many Nigerians on Twitter, has raised alarmed over fresh N-power scammed, sequel to one Nigerian, who suspected to be insider who is trying to mislead aspiring applicants, claiming he had received an email from the N-power Scheme for the successful registration. 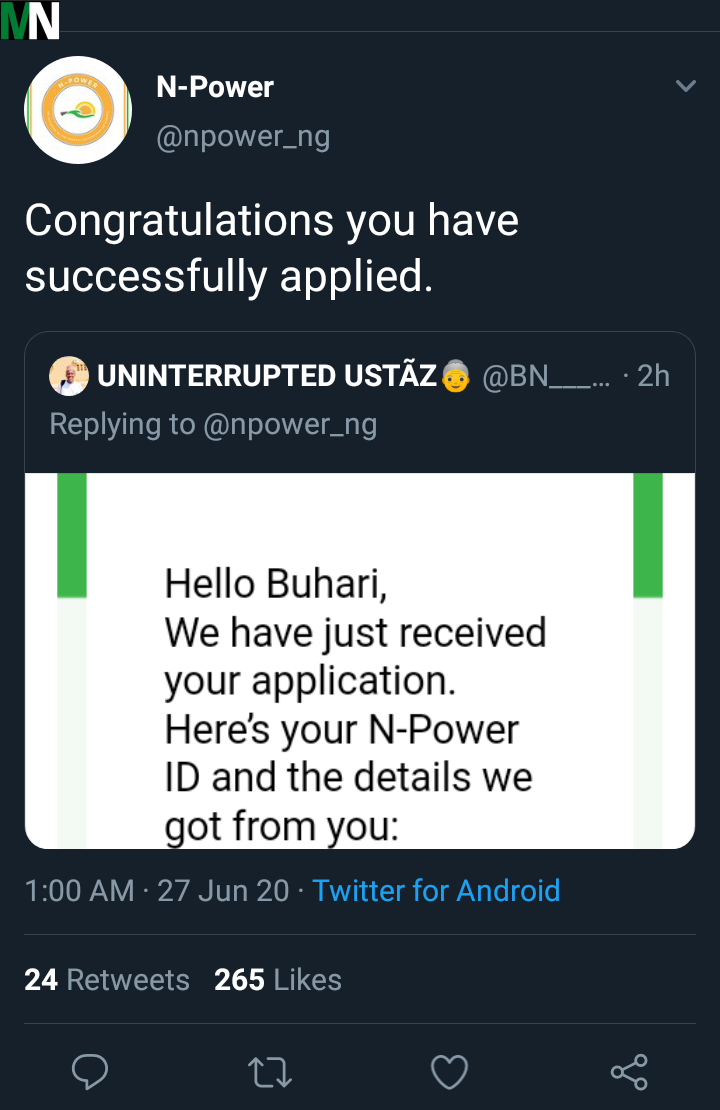 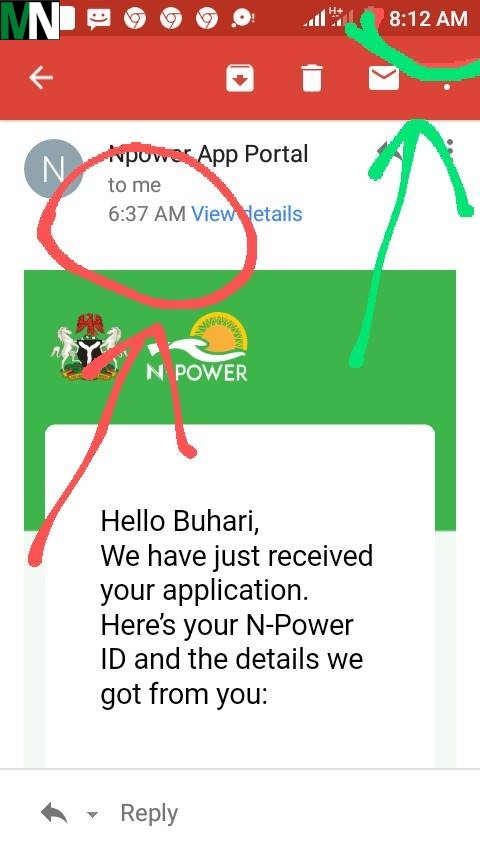 According to information gathered through N-power official page. Nigerians actually complaining that, the website which released for the registration was not open around 1am on 27 June, 2020, before a tweet share the screenshot of an email received from the scheme, indicating he/she had registered where N-power congratulate the person as he/she successfully applied. 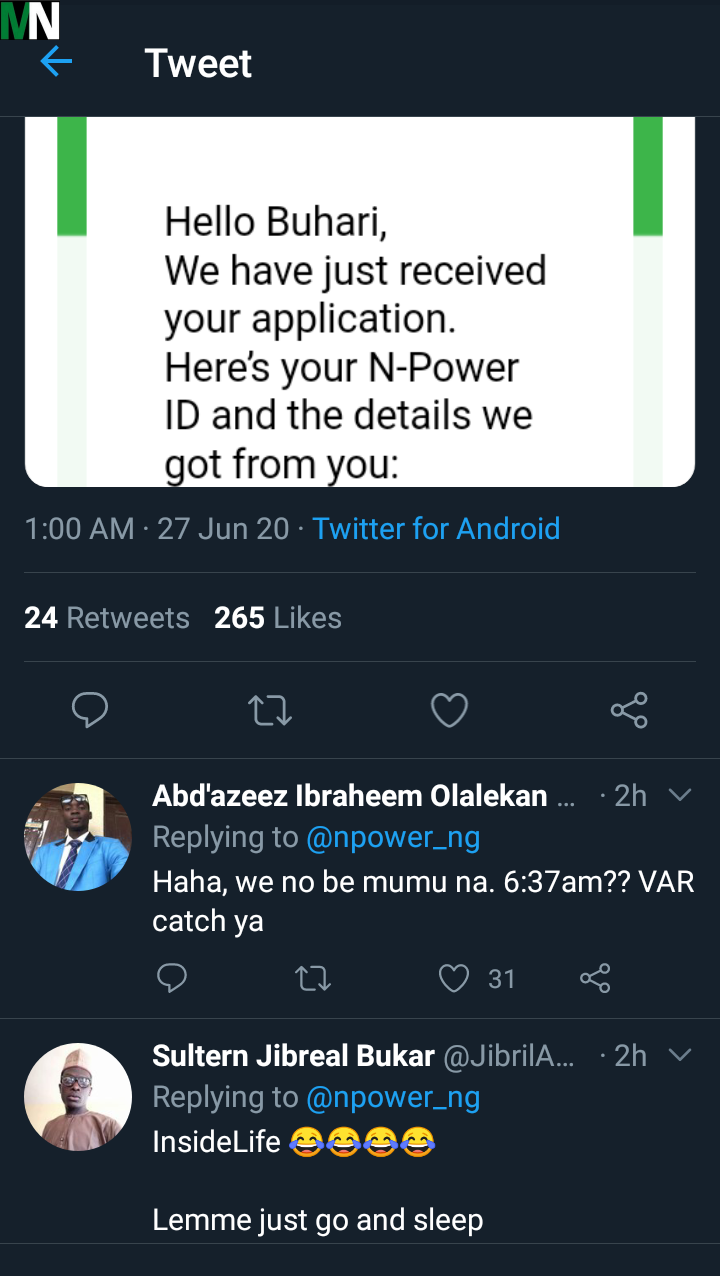 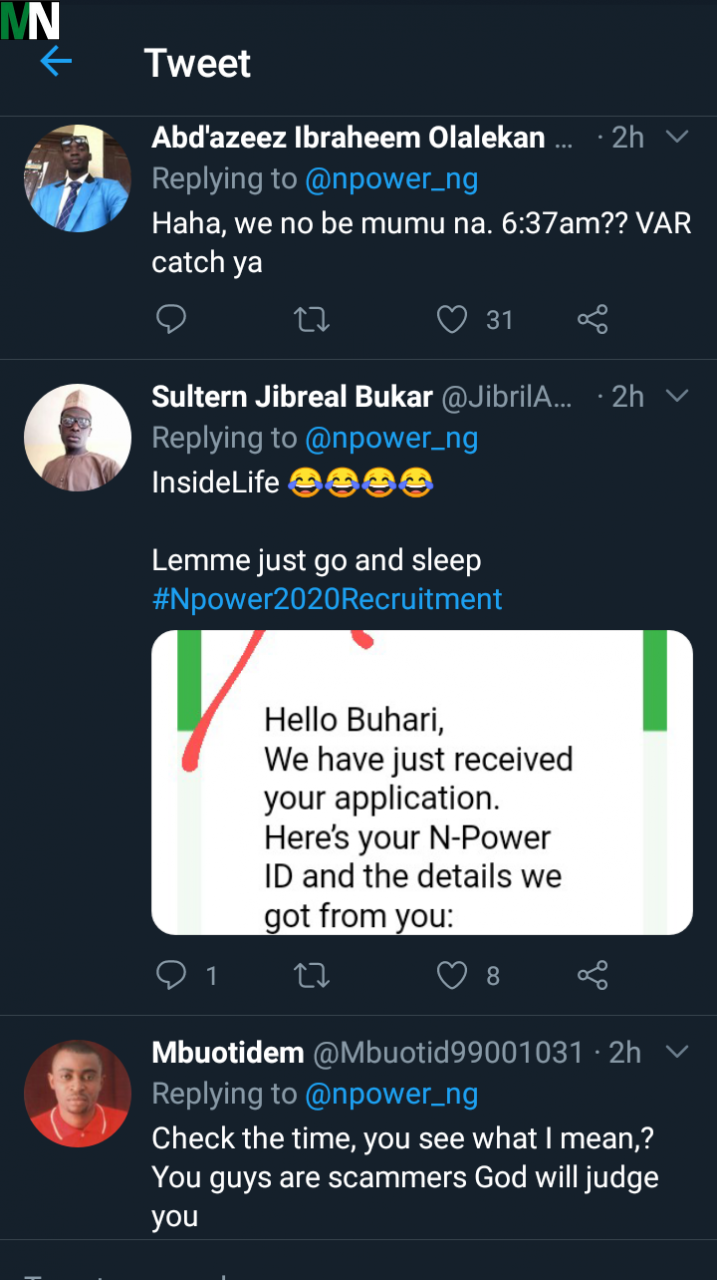 While looking at the email received from the Scheme, acclaimed Nigerian received the Email around at 6:37am while the phone screenshot indicated 8:12am, as at 1:00am, 27 June, 2020. Above is the screenshot.

ALSO SEE:  Okonjo-Iweala Has Been Endorsed By ECOWAS For WTO DG 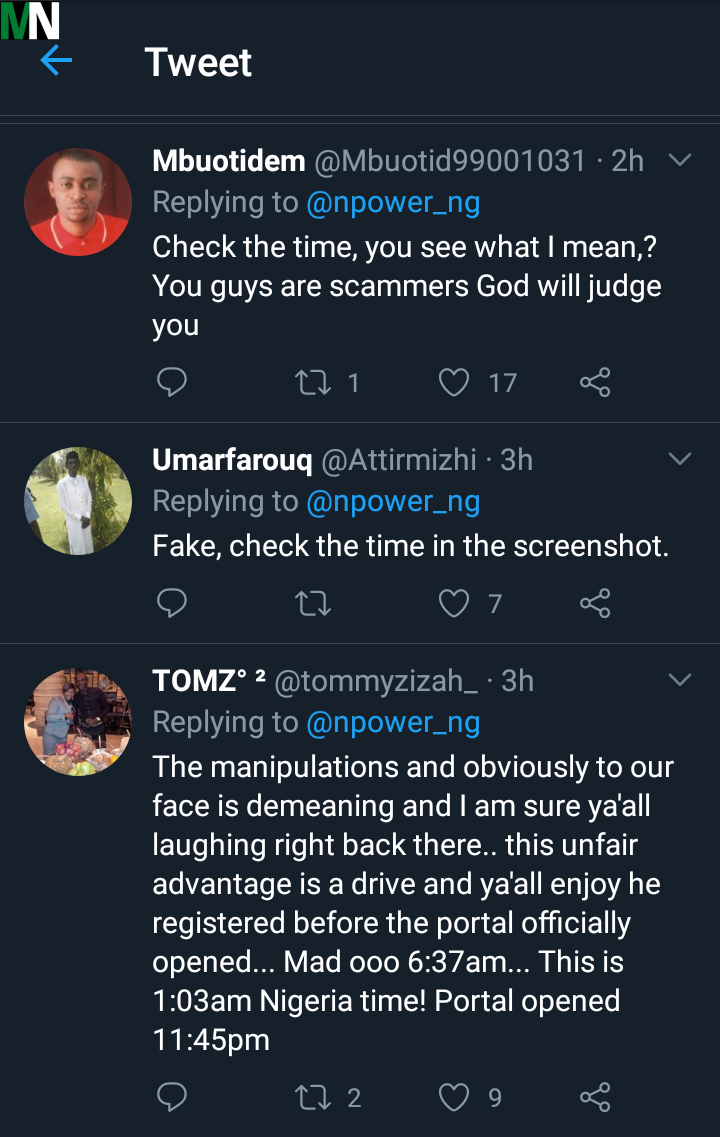 The tweet has created a lot of doubts about N-power Scheme, as Nigerians don’t trust the Government before a Social Media User, who don’t want his name to be print said, check the time, you see what I mean? You guys are scammers, God will judge you. 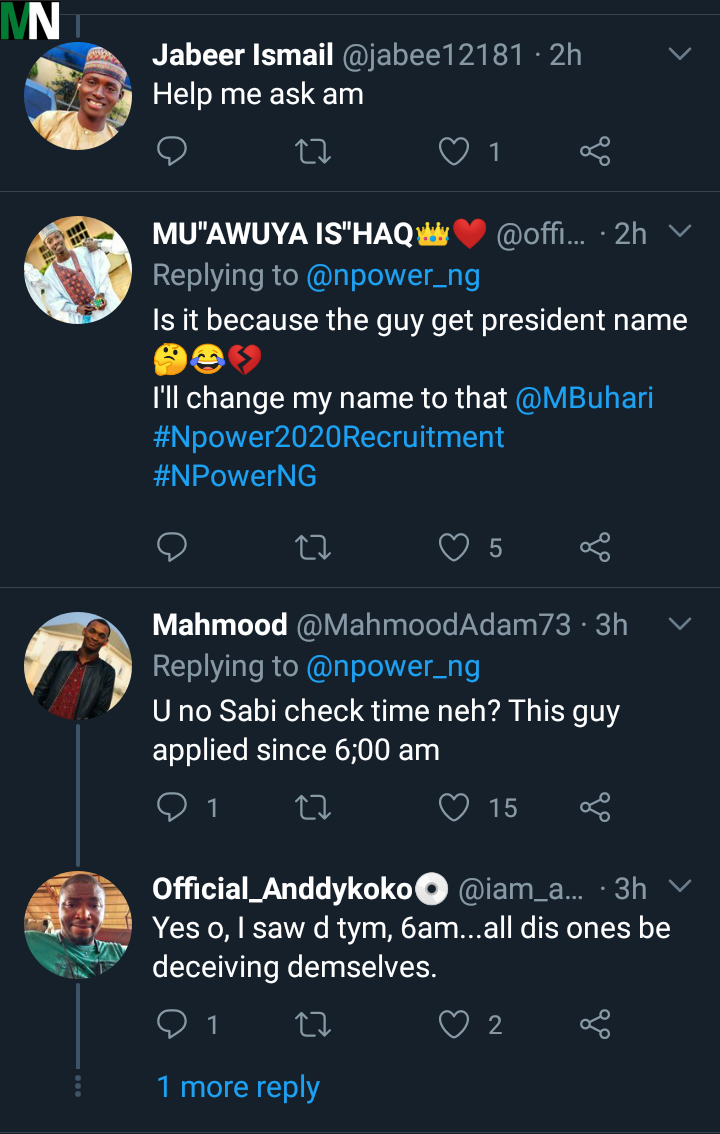 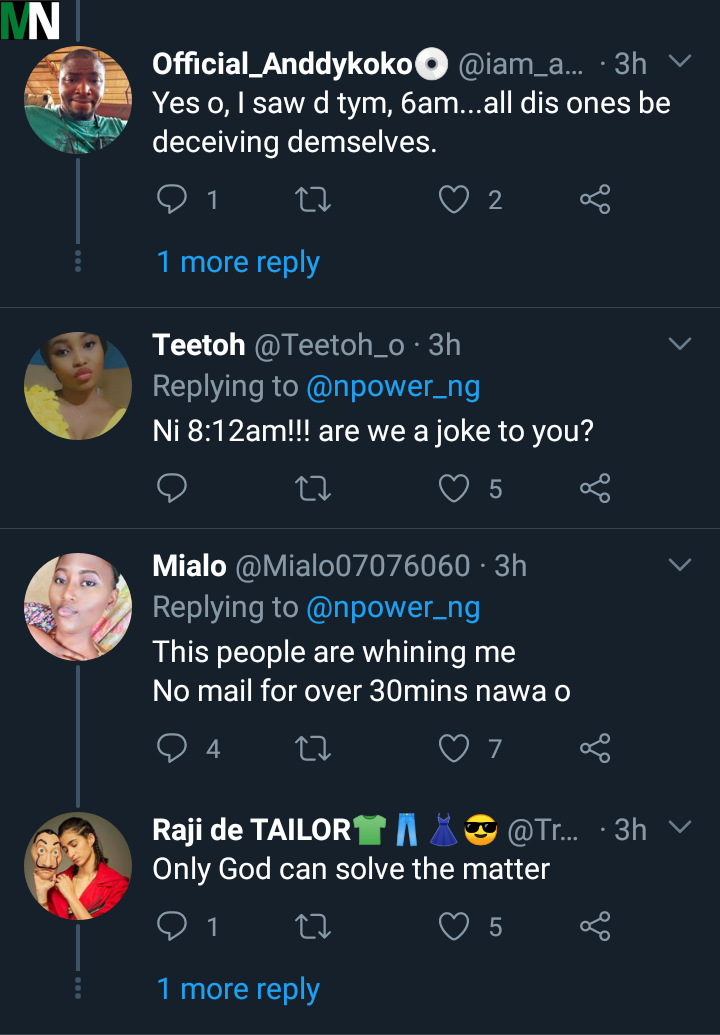 Another user also reacted to the tweet and said, manipulations and obviously to our face is demeaning and he is sure, they would all be laughing right back there, adding that, this is unfair, advantage is a drive and you all enjoyed the registered before the portal officially opened to Nigerians. Further expressed that, this is 6:37am with 1:03am Nigeria time, as Portal opened exactly 11:45pm for the General Public. Above is the screenshot on twitter for verification, you can share the news and express your opinions. 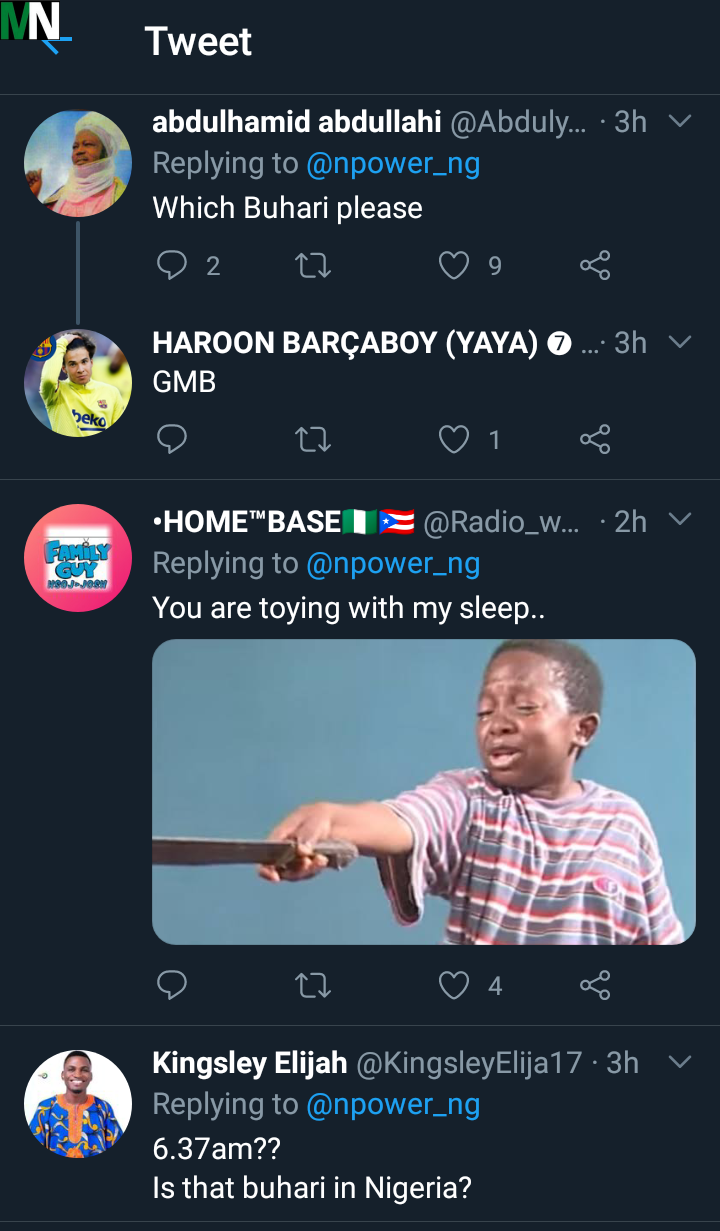 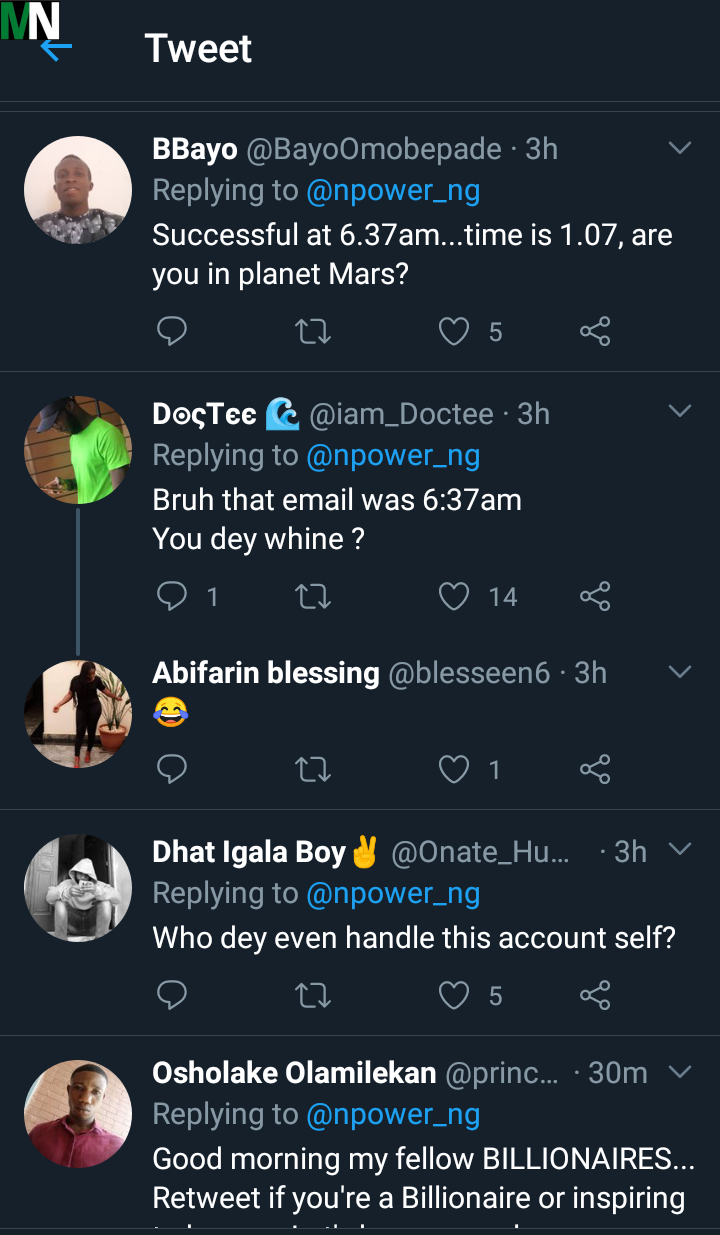 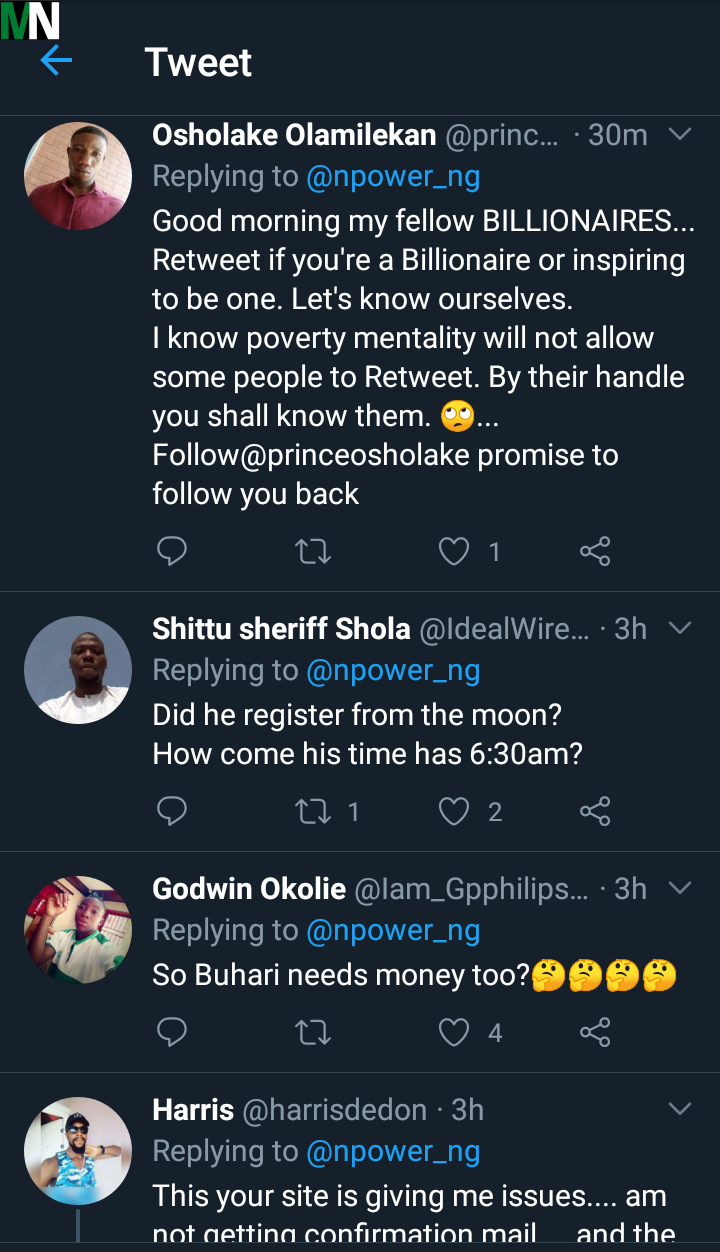 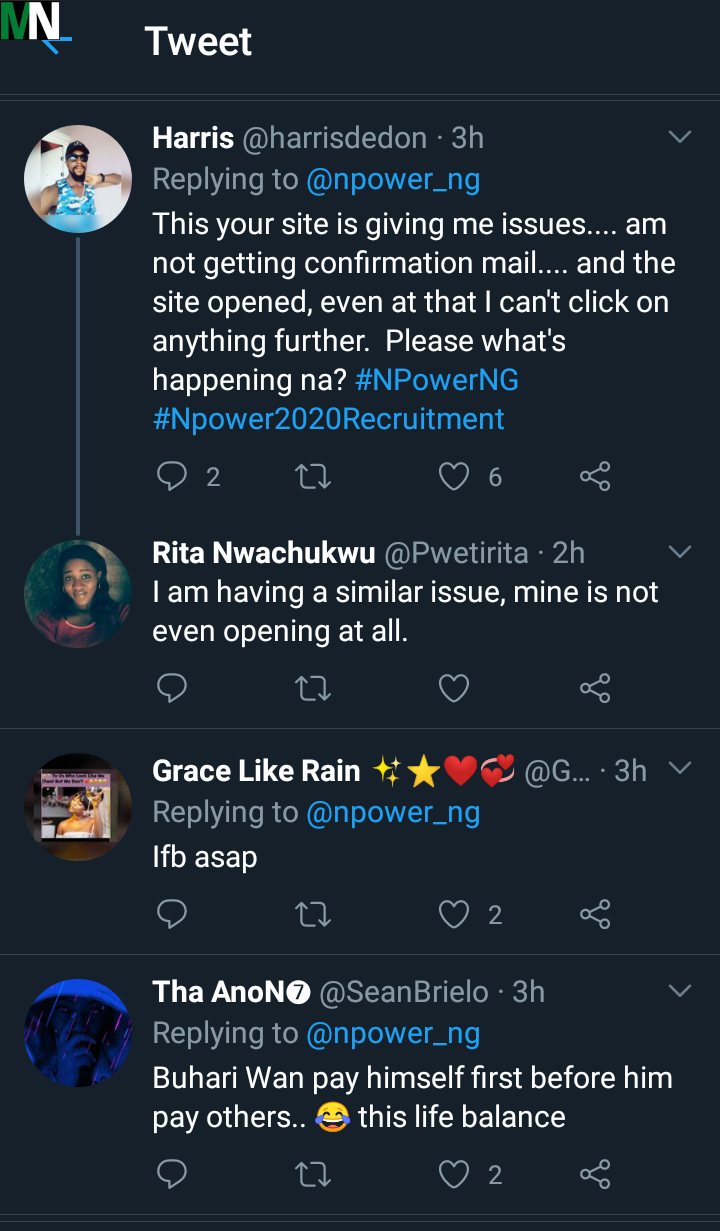