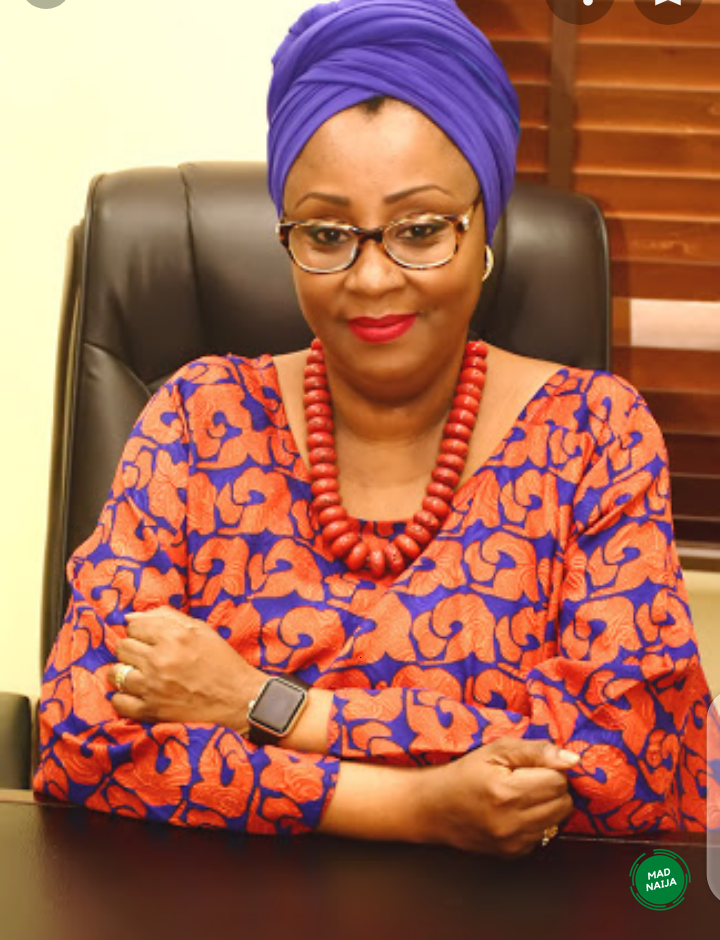 Wife if of Kaduna State Governor, Mallam Nasir El-Rufai, and Nigerian literary queen, Hadiza Isma El-Rufai has called on anyone who cares to listen that no one should be referred to as Aboki, Omo Igbo, Inyamiri or Onye ofe mmanu.

Mrs. Elrufai was reacting to Nigerian singer, songwriter Teniola Apata, simply known as Ten,i comment, where she referred to Erica as ‘Omo Igbo’ while praying for laycon in a video. 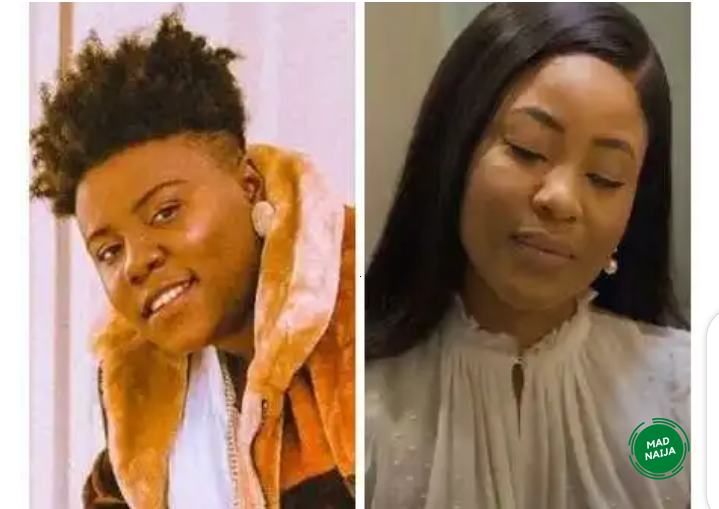 Teniola comment generated heat online and a fan even threatened to delete her songs from his phone. Teni who later deleted the tweet did not really mean any harm or have any bad intentions for calling Erica ‘Omo Igbo’, but the comment also birthed the Omo Igbo as a trend on Twitter. 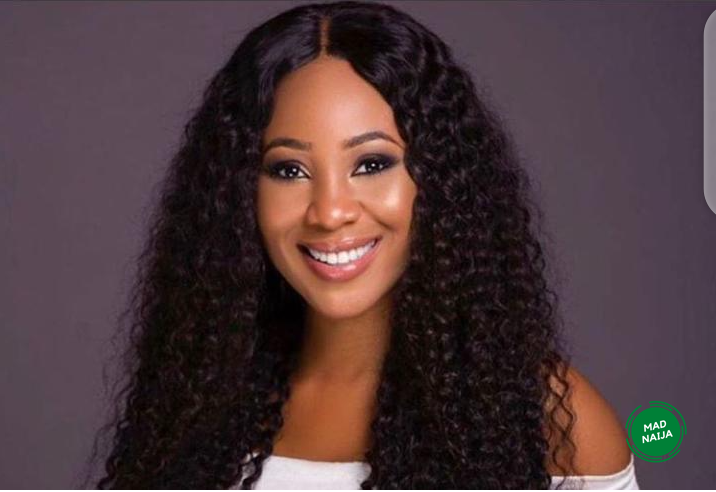 Rising to her defense, Lola Okunrin said, “Teni called Erica “omo Igbo,” you are getting angry because this is Twitter. 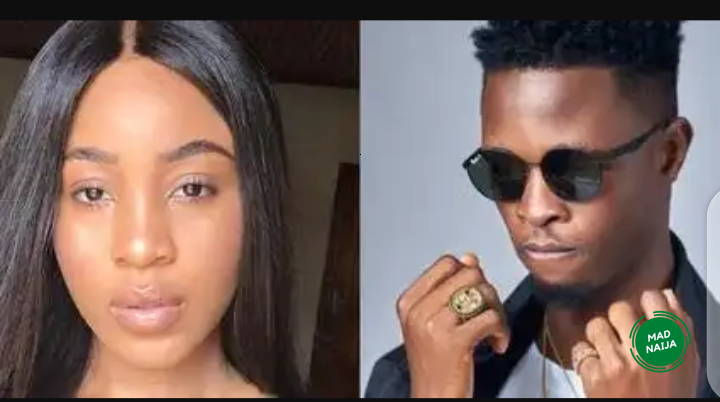 Offline, people call people “Omo igbo” “Aboki” “Alhaja” etc and we all live in peace but once it’s Twitter, you all be moving mad and stupidly sensitive because you have 10mb data. 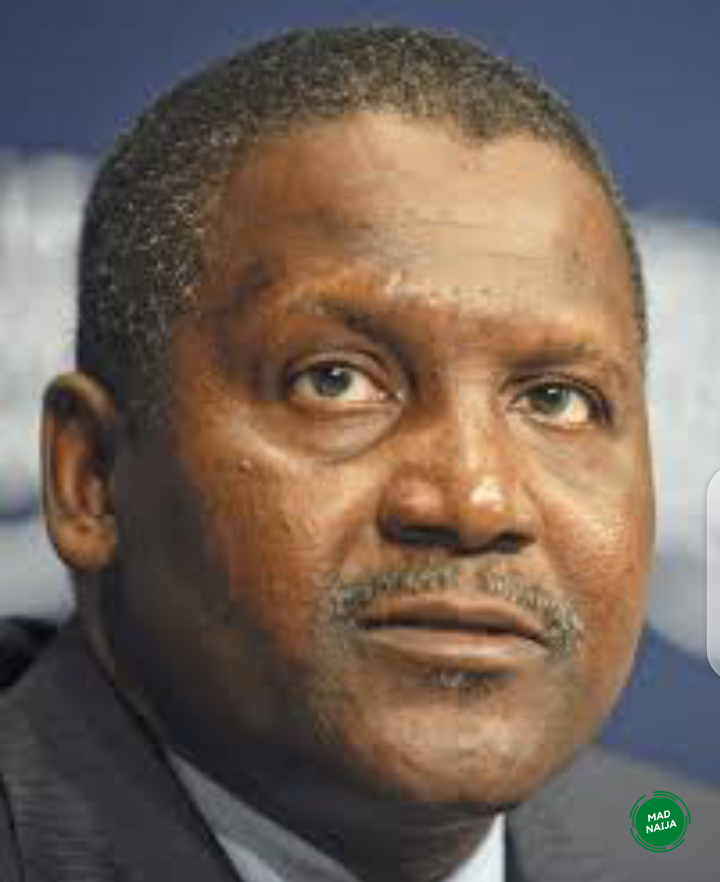 The Nigerian writer and founder of Yasmin El-rufai Foundation, a non-profit literary organization, captioning the picture of Dangote, wrote, “If you can’t call this man “Aboki” don’t call any other person Aboki, Omo Igbo, Inyamiri or Onye ofe mmanu. 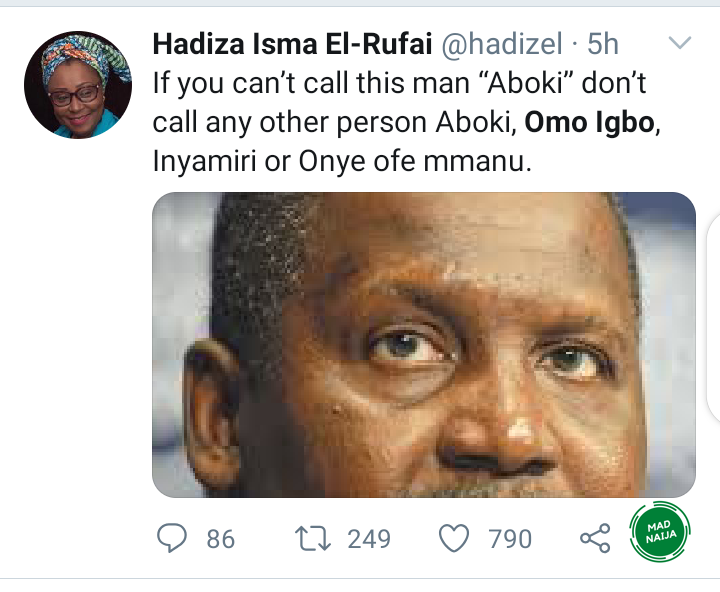