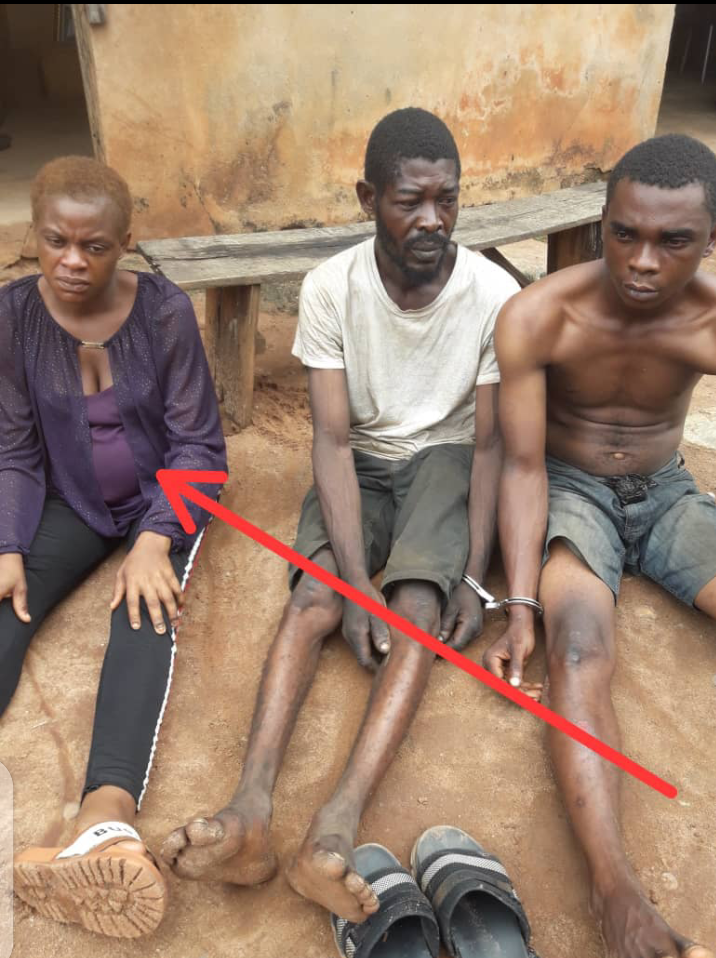 A heavily pregnant woman has been Arrested with two other male suspects during a failed car snatching and robbery operation in Edo State.

According to Police Public Relations Officer, Chidi Nwabuzor who in his statement describes the mode of operation of these suspects.

According to their confession, the Suspects used Mrs. Juwon as a bait on the road.

Mrs. Juwon who is heavily Pregnant will stand along the roadside pretending to be in Labour, while the suspects hide around with weapons like cutlasses and guns waiting for a good Nigerian on wheels that would stop to give assistant to Mrs. Juwon.

Once anyone falls a victim and stops to assist Mrs. Juwon, there will immediately force their way into the car and rob such an unsuspecting good Samaritan.

This activity has been ongoing for some time now and the police had then on their radar. 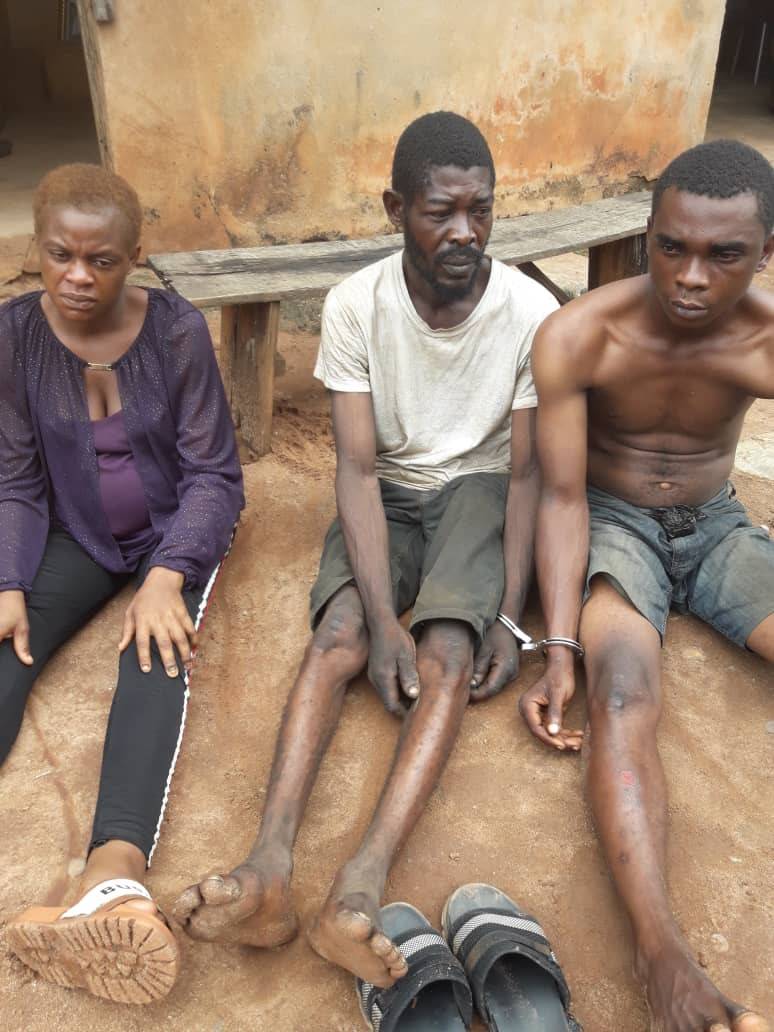 The suspects were caught after they played their tricks on a man who drove a Toyota Camry Car along Murtala Mohammed Way in Benin City and offered to assist Mr. Juwon to the Hospital without knowing it was a trap.

The suspects forcefully enter the Toyota Car and threatened the man. The instructed him to drive today SAKPOBA road where the snatched the car from him.

They intended to dismantle the car when Policemen from Ugbekun Division apprehended them.

The 9-months Pregnant woman upon interrogation claimed she was lured into the Crime.

Do you believe Mrs. Juwon with her heavy pregnancy was lured into the Crime?

ALSO SEE:  "Choose Between Me And My Mother" - See What I Did To My Fiance When He Asked Me.

What do you think about her claims?