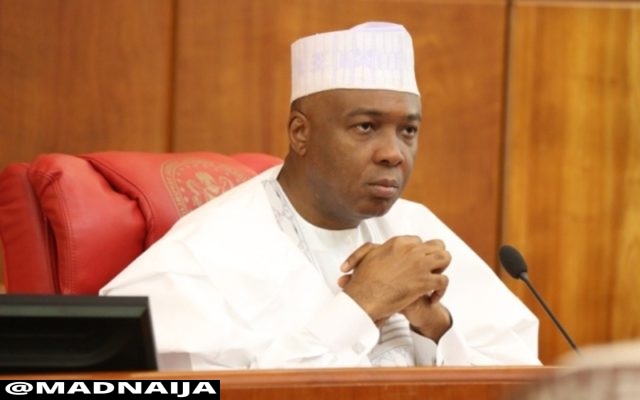 A Federal High Court has declined to make permanent, the interim order it made forfeiting former Senate President, Senator Bukola Saraki’s properties in Lagos to the Federal Govt.

The Federal High Court sitting in Lagos has refused to grant the final forfeiture of two properties belonging to Dr Bukola Saraki.

According to Channels TV, Justice Mohammed Liman turned down the move due to insufficient and conflicting affidavit evidence filed by the EFCC.

Justice Mohammed Liman held that the documents put before the court by the EFCC in support of the final forfeiture order were insufficient.

ALSO SEE:  Before killing me,the killers decided that I should dig my own grave- Pastor tell how God saved him

He also held that the EFCC’s documents did not establish any link showing that Kwara State government funds were used to repay Saraki’s loan.

He concluded by asking the anti-graft agency to call its witnesses at the next adjourned date, to give oral evidence to resolve the inconsistencies and contradictions in its documents.

Rather the Judge concluded that the properties were purchased with a credit facility granted Saraki by the Guarantee Trust Bank (GTB).

It will be recalled that the findings of the court was in line with the conclusion of the Supreme Court in the Asset declaration case involving Dr. Bukola Saraki in which the same property were the subjects.

The Federal High Court also stated that the matter before him were not criminal in nature like the Supreme Court case under reference.