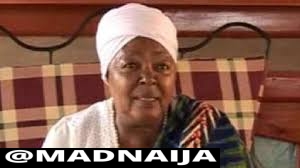 Some shocking news came in from the African nation of Burundi informing Africans about the death of Mother of Burundi’s Late President, Pierre Nkurunziza, Domtillie Minani.

Rumors have it that she died of COVID-19.

According to the Africa Facts Zone, as at yesterday, the late President Nkurunziza’s sister and wife were still admitted at different hospitals.

The fmr first lady, Denise Bucumi was reportedly hospitalized at Aga Khan hospital Nairobi, also receiving treatment for Covid-19 although she had returned to the country yesterday evening following the death of her husband, the BBC reported.

Her return came just hours after the death of her husband was announced by the Burundian government, the statement had said the fmr President died of a heart attack.

According to the BBC, who quoted an unnamed source, Mrs. Nkurunziza was discharged from the private hospital on Tuesday. 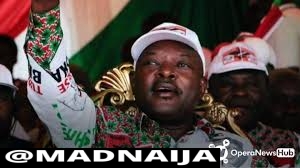 ALSO SEE:  Meet The Baby That Was Born Holding Cross In His Hand In The Hospital (Photo)

The fmr first lady, Mrs. Nkurunziza, a mother of five and devout Christian, is popular in the country for her philanthropic work through her foundation called Buntu.

The fmr president, Nkurunziza, 55, who’s tenure was to elapse by August after spending 15 years in power, will be succeeded by Evariste Ndayishimiye who won the May 20 presidential election.

The government had declared seven days of national mourning for the late president.

But shocking reports have also indicated that the President-elect Evariste who is billed to take over, is also admitted at Bumureki Hospital in the city’s capital, Bujumbura and even the Speaker is also sick.

It is indeed a dark period for the people of Burundi as the country prays earnestly for the top hierarchy and cabinet to get well soon even as they mourn the president and his mother.