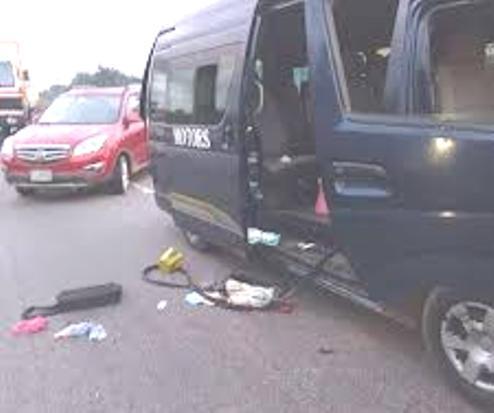 LAGOS OCTOBER 8TH (URHOBOTODAY)-Policemen from Delta State Police were reported to have to take to the heels when heavily armed kidnappers in an in a commando-style operation abducted no fewer than fifteen occupants of popular Agofure Motors and a private SUV vehicle.

The Highway policemen who mounted checkpoints at Ekraravwe junction were alleged to have left the spot when information got to them that hoodlums were operating just after Agbarho overhead bridge.
The incident occurred along East-West Road, between Ughelli near Agbarho police station.
Our source gathered that the bus which was coming from Port Harcourt to Warri was stopped by the kidnappers who whisked the victims out of the bus and took them to the forest after sporadically shooting, in order to create fear.

ALSO SEE:  Room 306 Saga: Popular Room 306 Details Finally Released By A Facebook User- Is He Right?
It was equally learned that they wounded some road users, however, the highway police ran away leaving behind their operational vehicle.

It is important to note that, the Ughelli/Warri road has been notorious for criminal activities most especially during the EMBER month, the police need to put up necessary measures to put a stop to the activities of these criminals.