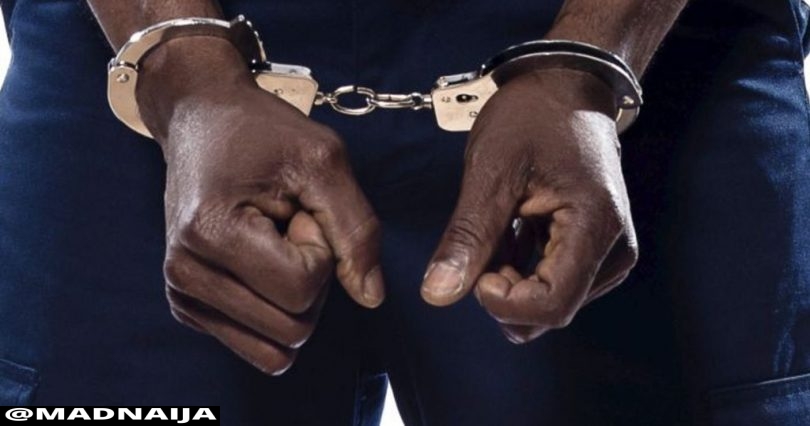 It was revealed that the incident reportedly happened on May 20, during a deliverance session inside the church hall. It was alleged that the girl was drugged by the suspect.

The man of God was arrested on June 5, by a team of police officers from the Area Command, Warri after avoiding a police confrontation since the incident occurred.

“She said the pastor had a dream that death is hovering in their house and for peace to reign, she should bring her daughter for prayers. And the woman took the lady to the church.

I think what really happened is that the pastor drugged that lady and raped her. I personally took the lady to the hospital because she was in coma for two days.

We looked for this pastor for the past two weeks. Later on, I used my detectives to trace where he hid. I got him arrested and I am charging him to Court now.

ALSO SEE:  JUST IN! Woman Refuses To Abort Her 3-Month-Old Pregnancy, See What Her Husband DId (Photos)

We have evidence to prove rape and we have established that this pastor has raped that girl. We have pictures. We have examined her. I took her to the doctor. He has examined her private parts and we have everything to charge this man to Court.”

The suspect, Bishop Orhonigbe, however, denied raping the girl saying;

“She came to church on that fateful day, May 20. The mother brought her to the church for deliverance and I prayed for her in front of the altar in the presence of three persons.

Immediately after the prayer, she left the church around 12. She came back 5 o’ clock with policemen and the crowd saying ‘this is the man’. If not, I did not rape her.”

The teenager also shared her story and she stated that the man of God had asked her mother to bring her for deliverance following a vision that she slept with an internet fraudster.

The pastor claimed the internet fraudster cleaned her up with a handkerchief with the intention to use her for ritual.

So on the day of the incident, the 19-year-old girl said that the pastor gave her olive oil to drink and some to apply on her private part, before asking her to go completely naked and lie down on a mat in the church.

“He started making love to me from the back. That was all I could remember. There was sperm all over my body. I shouted. He even said I should come again. I want to be the last he will do this to,” she stated.