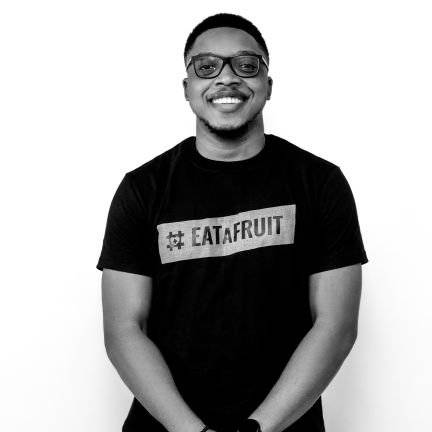 A doctor and Twitter influencer who is easily identified as Aproko Doctor with the Twitter username @aproko_doctor has made shocking revelations concerning what they used to find in dead bodies as they worked on them back in his University days.

The revelations came following a wave of accusations that are being made against the Nigerian police, bordering on human rights violations and sometimes extrajudicial killings of arrested persons.

The doctor who has been very vocal about the End SARS protest narrated a frightful story of how they used to find bullets on dead bodies. According to him, back when he was in 200 Level at the University, whenever dead bodies or cadavers were brought to them to be worked on, they used to look for bullets on the bodies, and most times they usually found them.

The doctor admitted that in their ignorance at the time, he and the other students used to think that those dead bodies were only criminals. However, with what he has read lately about how innocent people’s lives have been wasted by the police, he cannot help but break down in tears. 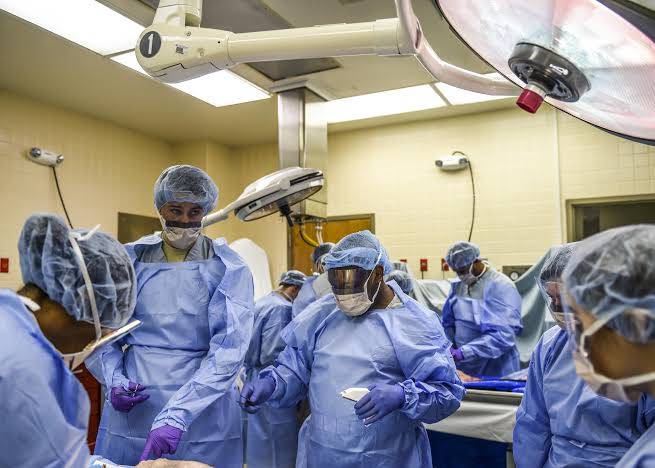 In his own words “While I was in 200 level and using dead bodies to learn human anatomy, we would search for bullets in those bodies and many times, we would find one. As naive as we were, we assumed they were criminals. I cried now considering that a number of them were innocent. No more!!” 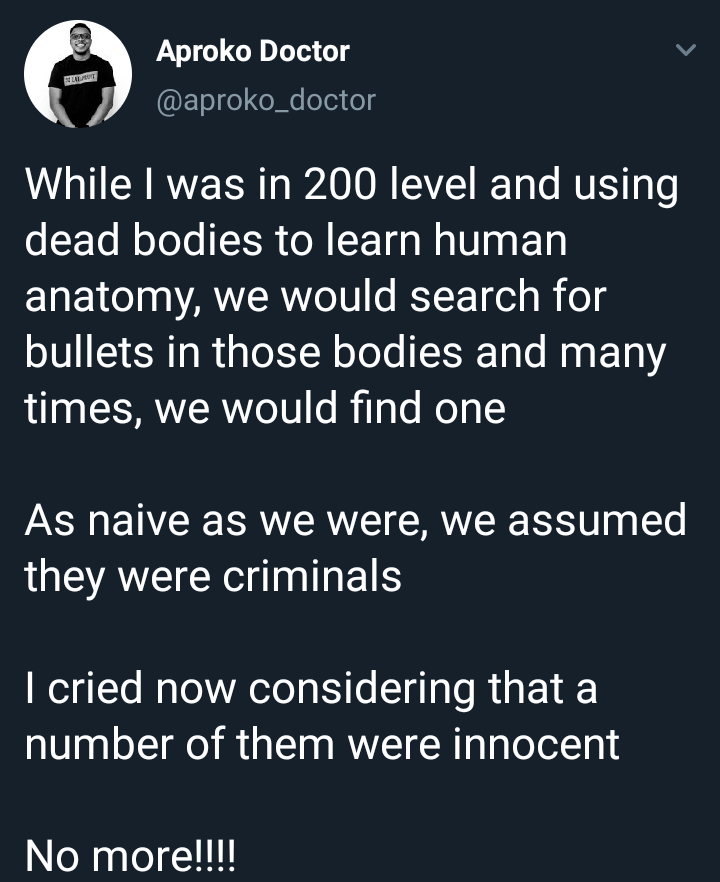 It is also good knowledge that most of the cadavers that are used by intending doctors during their school days, are reportedly actually sold to them by the police. Although it is usually assumed that these dead bodies are criminals who have been killed during crossfire with the police or accident victims who have not been claimed.

But with the new information that has now reached the public, people are inclined to believe that most of those dead bodies that are sold to medical schools are just victims of police brutality. It has also been alleged that these policemen have now made it business to sell dead bodies to schools for students to work on.

For instance, one person who commented on the doctor’s tweet narrated a story of how he found his brother who had been arrested by the police as a cadaver while he was in school. He said they had been told that the brother would not be released, only for him to find out that his dead body was sold to their school. 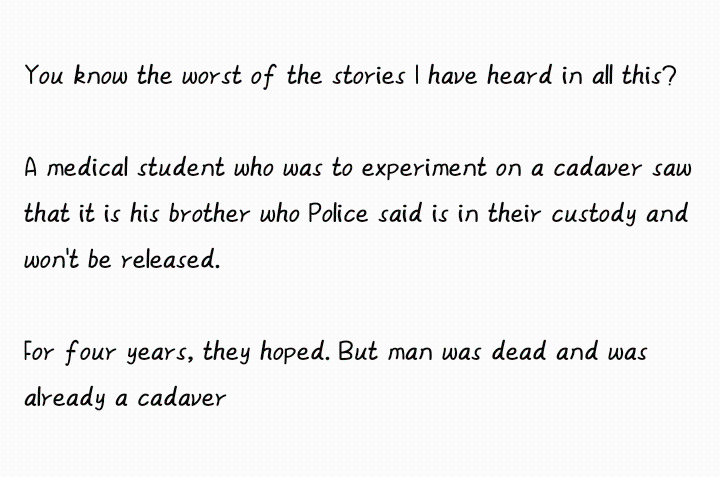 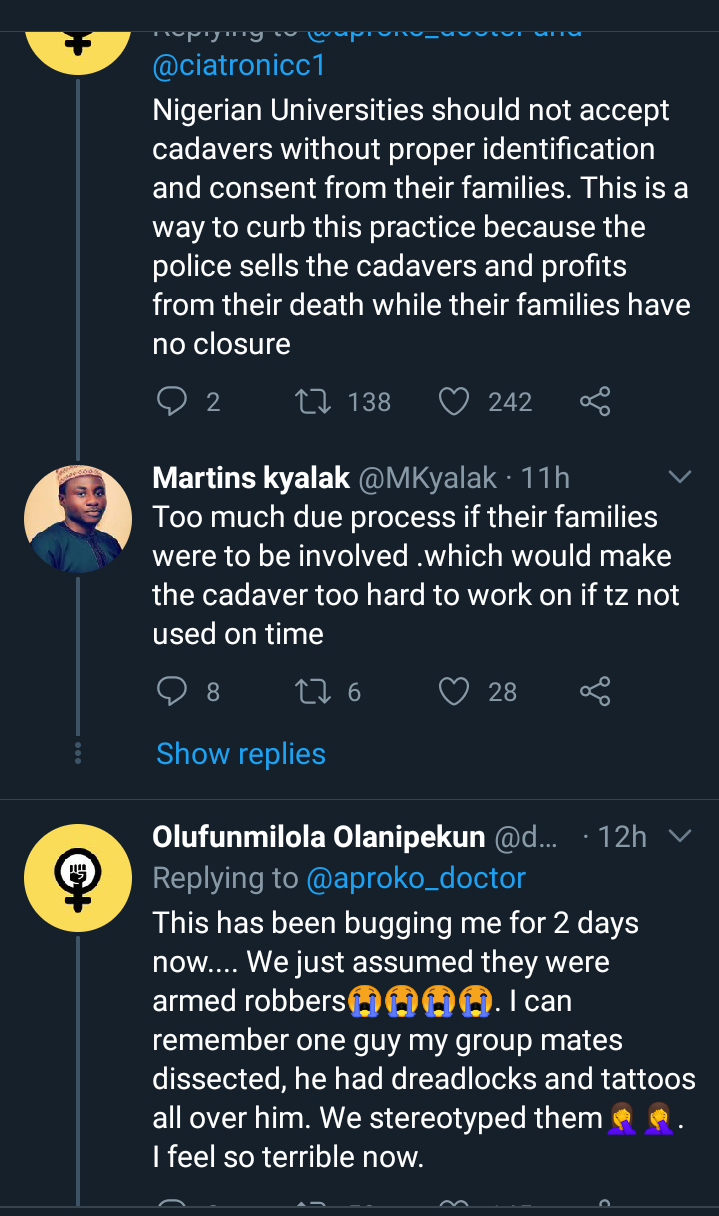