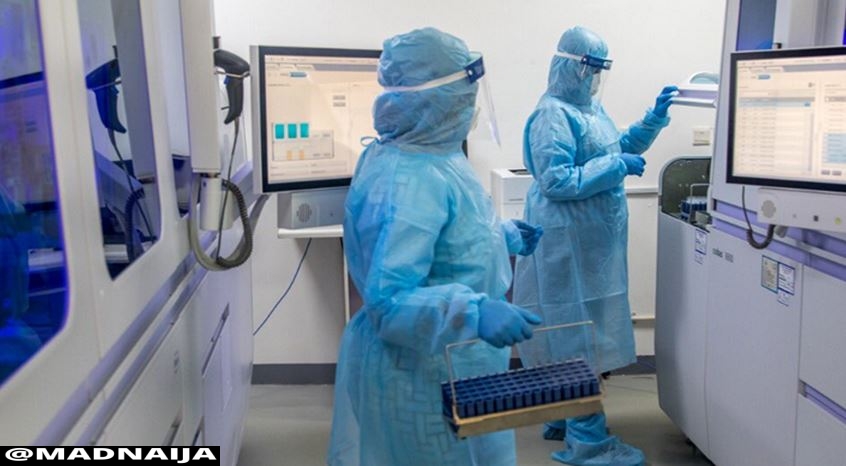 Findings revealed that top among the fresh cases of COVID-19 in Ondo state are doctors and nurses.

Confirmed cases of COVID-19 has continued to be on the increase in Ondo State following the discovery of 23 new cases in the State.

Findings revealed that top among the fresh cases are doctors and nurses.

The latest cases were part of the 667 figures released on Friday night by the NCDC.

On Friday, it was reported how residents of the State have continued to disregard the COVID-19 guidelines amidst the daily increase of the deadly virus.

According to a Nurse at the Infectious Disease Hospital, IDH, in Akure, the State capital who craved anonymity, five medical doctors and 10 nurses were among the new figures. She also hinted that few other health workers are also down with COVID-19.

ALSO SEE:  Doctors Battle To Save Governor Ikpeazu From Coronavirus As He Is Diagnosed With Diabetes

Meanwhile, the development has heightened tension among health workers in the State, as the source said the situation was assuming a worrisome dimension due to shortage of Personal Protective Equipment, PPE, at the IDH, as well as other major health facilities in the state.

She added that if urgent measure is not taken to ameliorate the situation, health workers might refuse to attend to patients, stressing that no one is ready to risk their life.

Confirming the new confirmed cases, the state Commissioner for Health, Dr. Wahab Adegbenro urged the stakeholders in the state to carry out the enforcement of COVID-19 protocols across the 18 local government areas of the state, particularly among market women and community leaders.

Dr. Adegbenro said the total number recorded in the state is now 128, while 45 are on admission, with 15 deaths already recorded.