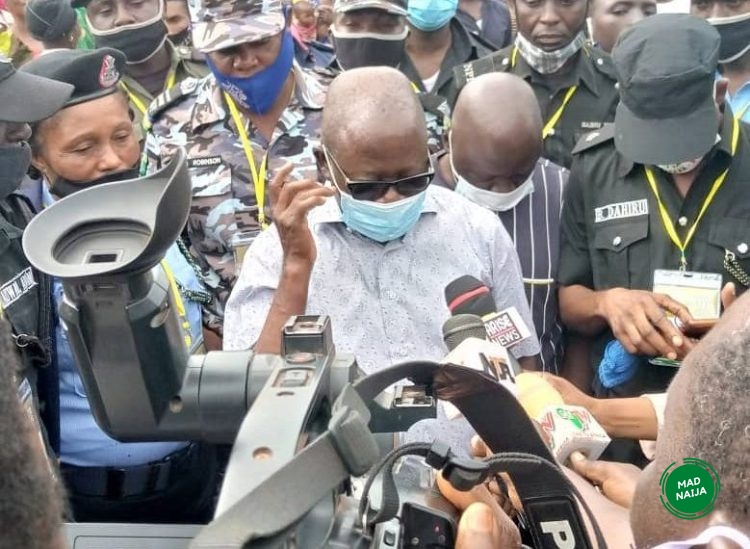 Some alleged that Tony Kabaka is moving his boys to Edo North. Others say there is pressure from the APC to make INEC shift ground over the results being released to the public. The PDP leaders are calling for more mobilization of party agents to Eddo North. Their fear is that some of th party agents there may have ben compromised, hence they may give way.

Another group is saying the security officials are getting biased an turning away their faces from the seeming plans to change results. Tension is already building up in Edo North. All eyes are on Edo North as it is now the hotbed of plans to compromise the results of the election.

One Peter Destiny says: “#EdoDecides2020 Oshiomhole is rigging Edo North as we speak and the security personnel are biased, while senator Omo Agege is trying to rig Ikpoba Okha local government are where PDP dominated very well.”

Unu Amaro Kam Siri Kwado @AfamDeluxo says “There is no amount of rigging in Edo North that will make @GovernorObaseki  not return to office. He is unstoppable. The good people of Edo State have spoken. Kabaka, Adams Oshiomhole and Bola Ahmed Tinubu should take their L in peace. It is game over”

Kola Ologbondiyan, the official spokesman of the @officialKolaO  said: “We also have information on ploys been undertaken to replace results in Fugar and other adjoining local governments all in Edo North.”

ALSO SEE:  Reaction as Babcock set to resume school on 21st but would pay #25,000 for covid-19 screening test

Abba JiddaRed @AbbaJidda: “The people of Edo state all need to move to Edo North Collation Centres. That’s where they want to massively do the mid night miracle. Protect your votes. DON’T SLEEP.”