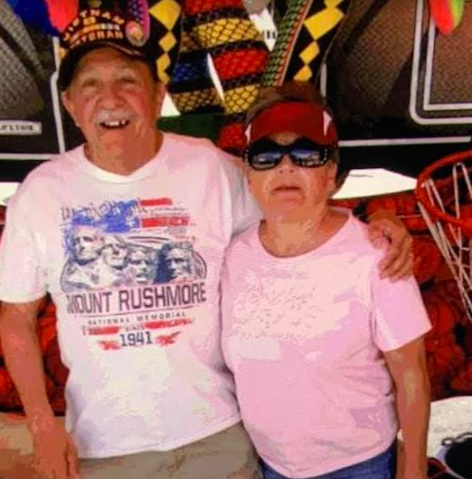 An elderly couple found dead suffering gunshot wounds near a hiking trail in Colorado died in a ‘suicide pact’, it has been revealed.

Leroy ‘Lee’ Vigil, 73, shot his wife Stella Vigil, 72, before turning the gun on himself on Friday after they went on a hike in Colorado Springs, according to the autopsy.

Investigators said they found proof that the couple, from New Mexico, had an ‘agreement’ to take their own lives.

‘Through the course of the investigation, detectives obtained evidence that supported an agreement between Mr. and Mrs. Vigil to end their lives together,’ the Colorado Springs Police Department shared a press release.

The couple was reported missing around 8.30 pm on Friday after they didn’t return from a hike near Edmundson trailhead on Woodmen Road.

When relatives of the Vigils and El Paso County Search and Rescue officers arrived to the trail, they found the couple’s car.

Around 12.30 am officials found the couple’s bodies off the Santa Fe trail near Fountain Creek, about a three-hour walk away from where the couple first started the hike, suffering apparent gunshots wounds.

Locals were shocked to learn of the Vigils’ deaths in the hiking area frequented by couples and families, and at first there was speculation they could have been attacked.