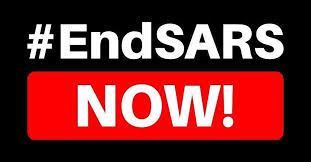 Life may never remain the same for Mr Emmanuel Iloabuchi Iloanya after the Officer in Charge of Awkuzu Special Anti Robbery Squad (SARS), Mr. James O. Nwafor and his men allegedly killed his son Mr Chijioke Iloanya without getting justice.

Mr Iloanya in a telephone chat with News9naija recounts how his son was arrested and gruesomely killed in cold blood by one Mr Jame O. Nwafor, now a retired police officer attached to Awkuzu SARS who led his boys to a naming ceremony and arrested attendees which many of the arrested never made it out alive, unfortunately, Mr Chijioke John Ilonanya was amongst those who never made it out alive.

Upon learning about his arrest, on November 31, 2012, Mr. Illoanya in the company of his wife went to the Awkuzu Police Station where they met their son in handcuff, though they saw him there, they were driven out of the police station.

ALSO SEE:  JUST IN! Get To Know Reasons Behind the death Of -Late, Ajimobi

Unsettled with the proceedings, Mr Iloanya proceeded to the office of the Anambra State Commissioner of Police where he met the Commissioner and his deputy. Upon narrating his son’s ordeal to them, they promised him that nothing would happen to his son, but this promised was never fulfilled.

Upon his subsequent visit to the commissioner, Mr. Nwafor was summoned but never showed up.

It was on his visit to the Commissioner’s office in January 2013 that the Deputy Commissioner of Police told him of his son’s death.

Mr Iloanya proceeded to the Awkuzu SARS office where he met Mr James Nwafor. Upon request for his son’s whereabouts, Mr Nwafor told him, “Go, I have wasted your son”. This insensitive statement didn’t go down well with Mrs Iloanya as she collapsed and was rushed to the hospital upon hearing what Mr Nwafor said.

Mr Iloanya didn’t stop there, he went on to seek justice for his slain son, if not for anything but to at least retrieve his corpse from the SARS.

He met one, Rt Col. Emmanuel Udechukwu (now Late), a human right activist through who Mr Iloanya delivered the sum N1.5M to the Awkuzu SARS but nothing came forth.

Till now, Mr Iloanya has not set eyes on his son nor his corpse.

Mr Iloanya is calling on the Nigerian Police Force, NGOs and well meaning Nigerian to help him get justice for his son. He said, “I know that my son is dead, but i just want justice”

Listen to him Below:

Awkuzu is a town in Oyi Local Government Area of Anambra state of Nigeria.