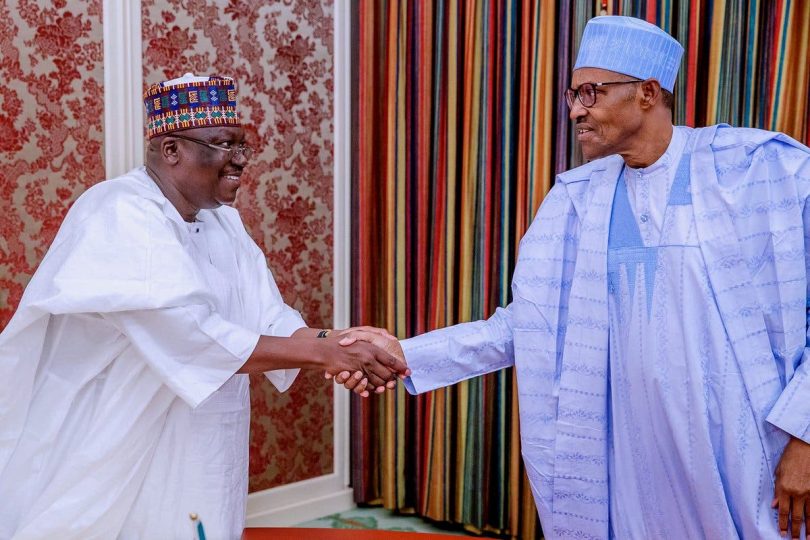 President of the Senate, Ahmad Lawan, has commended President Muhammadu Buhari for listening to the voice of the Nigerians over their dissatisfaction with the operations of the Special Anti-Robbery Squad (SARS) of the Nigeria Police Force.

Lawan gave the commendation in a press statement by his Special Adviser (Media), Mr Ola Awoniyi, in Abuja on Sunday.

He said that with the courageous decision to dissolve the police unit, the President and his government have shown themselves as responsive to the feelings of the people.

“I am applauding the President because it is a demonstration of good leadership to yield to the demand of the populace in difficult situations like this,” Lawan said.

He also commended the Inspector-General of Police for the decision and challenged him to come up with measures for the transformation of the Nigeria Police into effective law enforcement and crime-fighting agency that will be a true and respected friend of the Nigerian people.

The Senate President said the measures should fully address all the issues that earned the dissolved SARS the odium of the Nigerian people.

“The expectation is that this situation offers us another opportunity to reform the operations of the entire Force.

“I also reiterate my call for the prosecution of all security personnel whose extrajudicial killings and other acts of misconduct brought us to this sorry state.

ALSO SEE:  The Mysterious River In Ekiti Which Heals Ailments And Has Different Kinds Of Strange Fish

“I hope that the steps taken by the Inspector-General of Police will be followed with the more comprehensive reform of the Police,” Lawan said.