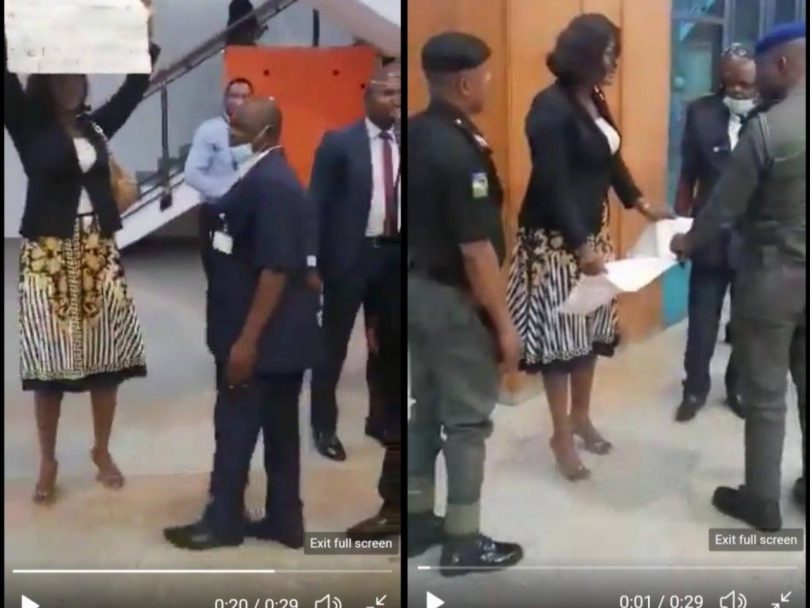 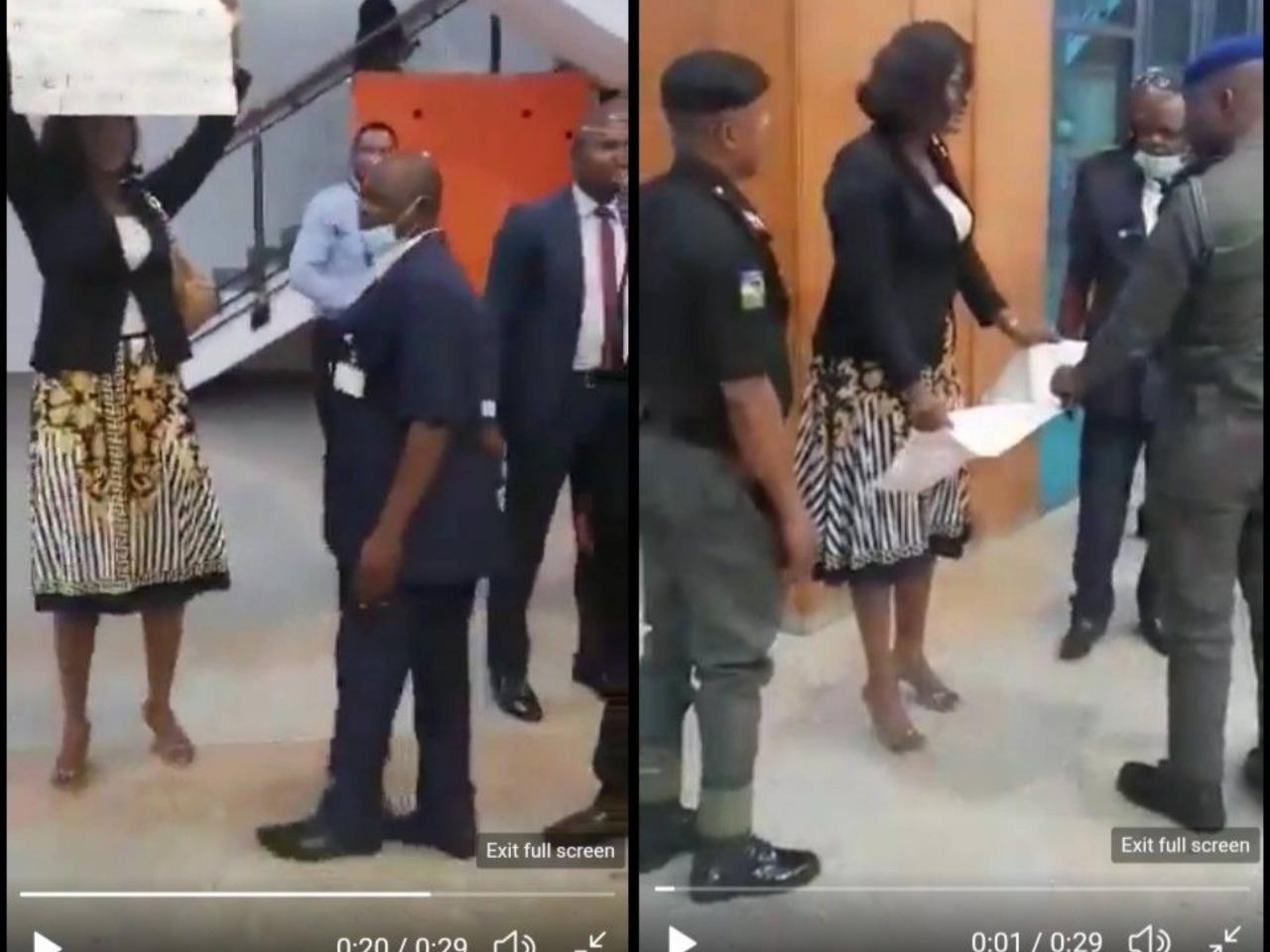 A lady started a little bit of drama in the National Assembly Complex today when she entered the Complex unnoticed and raised a placard that says “End SARS, End Police Brutality” while facing top personnels that went in and out of the complex. The attention of the security men was drawn to this brave lady and they quickly ran to her and asked her to drop her placard and leave the premises.

This brave lady stood her ground in the midst of two top security officers and three police officers that wanted to escort her out. According to the video recorded by an eye witness, she told them that she wants the people at the top to read what is written on her placard. Meanwhile, the officers kept pushing her out “politely” and asked her to keep her placard down as they take her out of the complex. She refused and kept raising her placard. One of the officers wanted to grab the card from her hands but she warned him not to attempt to collect it or tear it. A very brave lady. 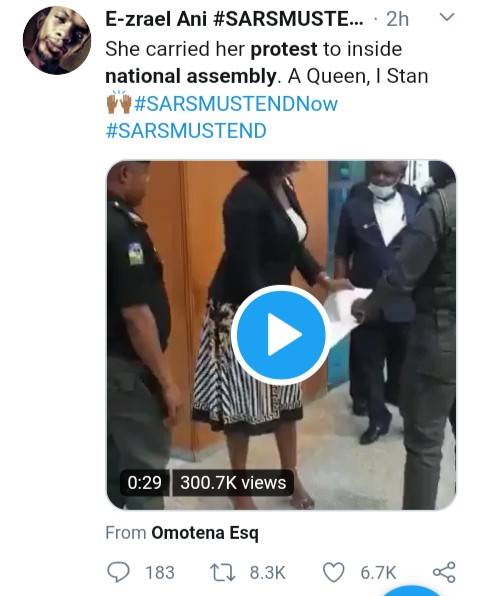 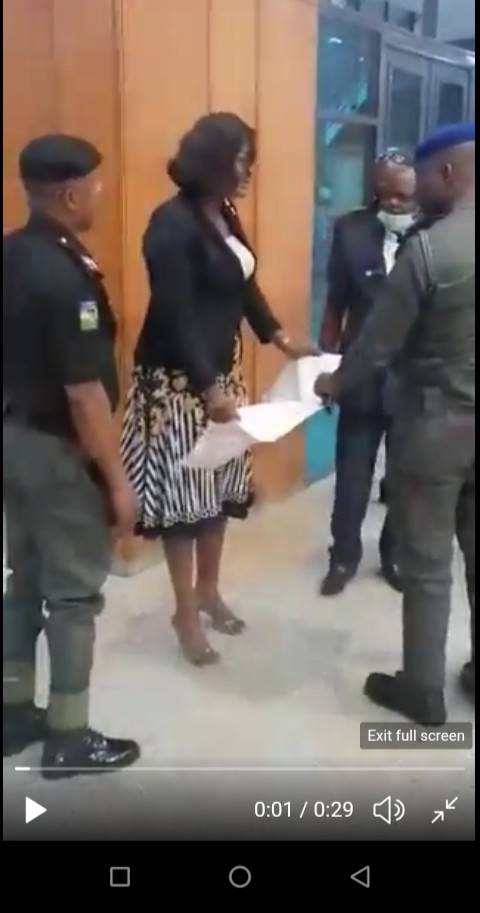 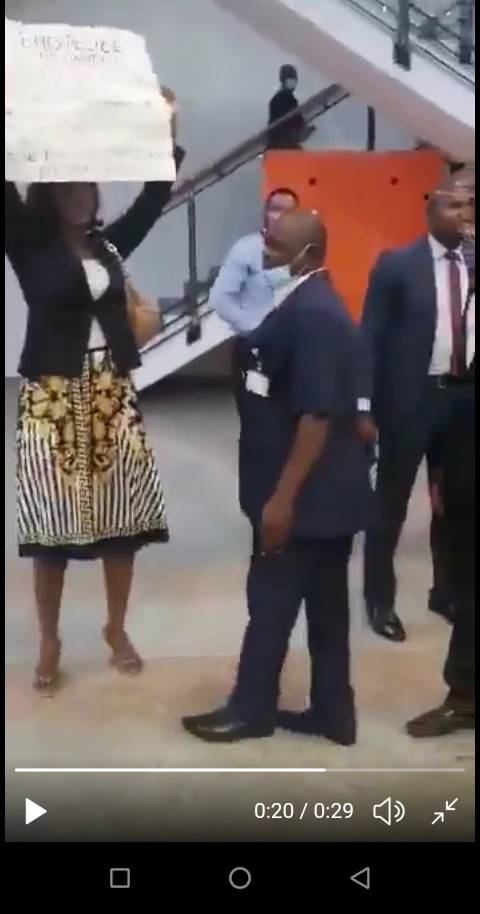 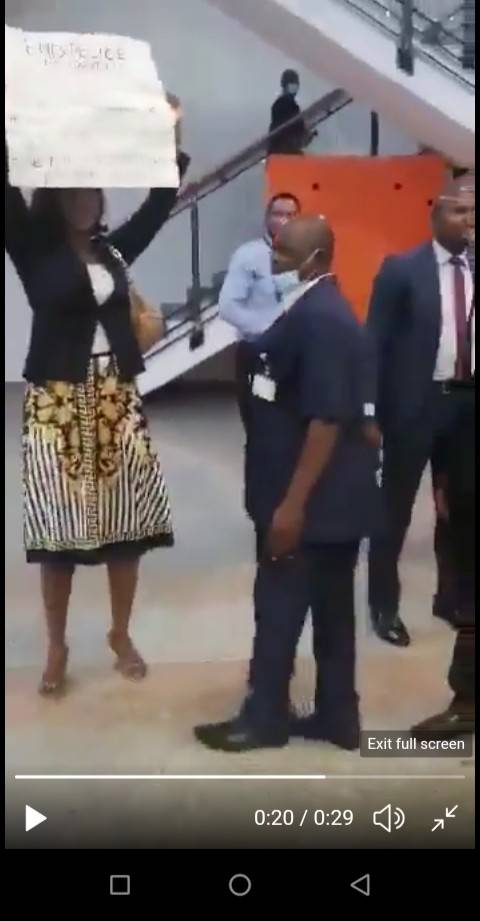 This lady was trying to make them know what’s going on out there so they don’t think that it’s nothing to be bothered about.

Watch the video below

She carried her protest to inside national assembly. A Queen, I Stan 🙌🏾#SARSMUSTENDNow #SARSMUSTEND pic.twitter.com/d6ZvCZ34J5

What do you think of this lady’s action?