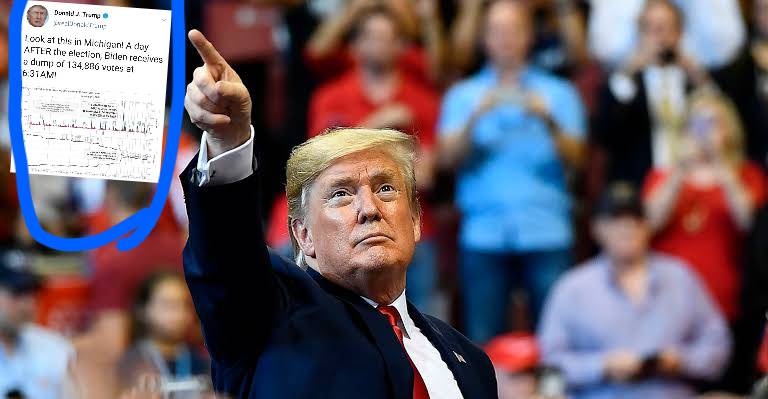 The US election has come and gone, Americans have voted and the outcome has been known. The election results went in favour of the democrats as Joe Biden defeated incumbent President and republican candidate, Donald Trump to become the president-elect.

However, the incumbent President has insisted that he won’t concede to defeat because he has any evidence of voters fraud. Recall that Donald Trump made an allegation that Joe Biden and his allies rigged the election so as to kick him out of White House.

The Incumbent president on three occasions has declared the winner of the election for himself, and he is still hopeful that the Supreme Court ruling would be to his favour because he got so many evidence that the election was rigged.

Hours after the Incumbent president took to his official Twitter handle @RealDonaldTrump to share a chart showing how his rival received a dump of 143,379 votes after the election in Wisconsin when they learnt he was losing badly, he has shared another chart evidence of vote fraud that happened in Michigan. 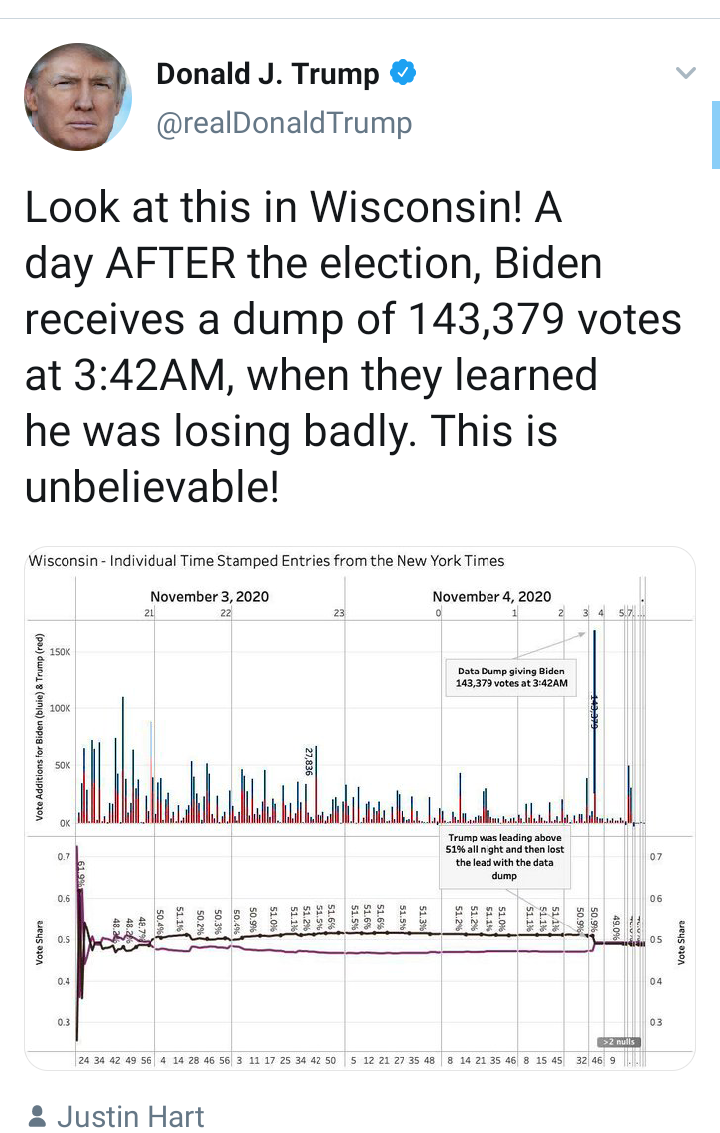 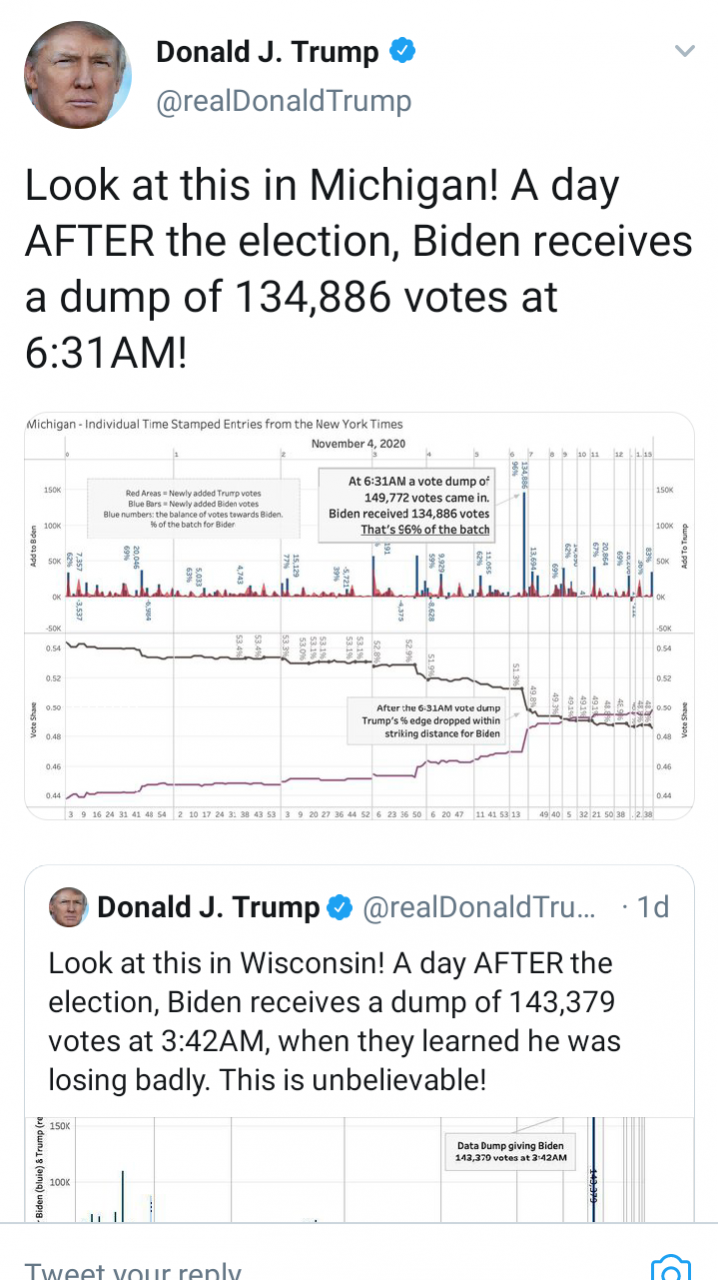 While these allegations and proofs keep pouring in, I would like to hear from you what you think about this evidence the Incumbent president has been sharing on his official Twitter handle.

Do you see a possibility of the Supreme Court overturning the announcement of Joe Biden as the winner?