Fiction: How a Woman Maltreated 3 Children in Her Area Not Knowing That They Were Her Lost Triplets | MadNaija
ENTERTAINMENT| SPORTS| RELATIONSHIP | TECH | TOP-LIST 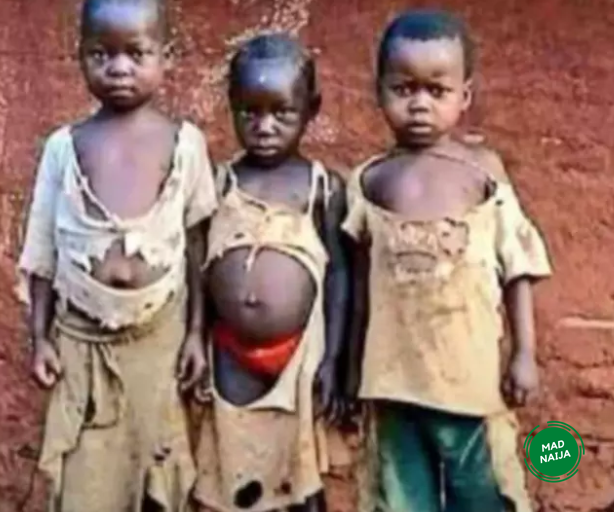 Fiction: How a Woman Maltreated 3 Children in Her Area Not Knowing That They Were Her Lost Triplets

Once upon a time there was a woman who was named Blessing. she just finished from the university with a very good result. She was a very focused person and this didn’t allow her to be very friendly with a lot of people. She sponsored herself through school by working many jobs. She taught some students in the evening when she returned from her lectures. Due to her intelligence she had lots of students attending the lesson. This helped her raise money enough to train herself through school. Fast forward to 2 years after she graduated from school, she got married to a very handsome man.

After her marriage she was without children for some years, but later became pregnant 5 years after marriage. However, on the day of the delivery of her children in the hospital who happened to be triplets, something terrible happened. The triplets were stolen from the hospital. The doctors couldn’t explain how it happened, and the police were called.

It was discovered that a new nurse in the hospital was the one who carried out the act. She was searched for, all to no avail. This really broke the heart of blessing and her husband, and made blessing fall into depression. She recovered from her depression with time and continued her life. The doctors also told her that after she gave birth to her triplets she wouldn’t be able to conceive again. This made her despise children whenever she saw them.

Fast forward to 4 years after her babies were taken from her, she and her husband moved to a new area. She was already working as an accountant for a firm. She always drove past a particular area where lots of people begged for money on her way to work. She hated the area so much, but there was no other route to her place of work. There were two boys and a girl who always walked up to her car every time when she passed to be for money, but she always ignored them.

There was a time she was in a hold up and the children walked up to her car and asked her for money. She shouted at them, called them poor, and asked them to go and meet their careless parents. This didn’t stop the children from begging her whenever they saw her car pass by. She always shouted at them and said hurtful words to them always.

Then some after some months she noticed that the children were not always coming over to her car anymore. She didn’t really take it serious, until one day when she asked one of the beggars about the children. The beggar told her that the children were triplets and they had been rescued by a foundation. On her way to work, she pondered on what the beggar told her about the 3 children. She forgot the issue and continued her life. Then one night her husband received call from the police informing him that the nurse responsible for the kidnap of their triplets had been arrested. The next day she and her husband went over to the police station, and saw the nurse.

It was later revealed that the nurse had the habit of stealing children from hospitals and grooming them to beg on the street. The woman then asked the nurse about the triplets and she explained that they were begging in a particular area, the same area the woman passed to her place of work. She fainted because she couldn’t imagine that she had been maltreating her own lost children.