Girl Who Made Straight A's In Her WAEC Met With The Governor Who Awarded Her A Scholarship! | MadNaija
ENTERTAINMENT| SPORTS| RELATIONSHIP | TECH | TOP-LIST 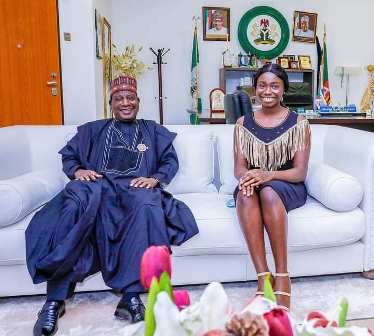 The primary prayer of every student out there is to have “Academic Excellence”. Most times while we pray, we do say that God should give us the wisdom, knowledge and understanding like that of King Solomon.

The case of Miss Sylvia Ulan Andrew is just one of those rare cases of “Academic Excellence” has she bagged straight A’s in her O’level Exams (West Africa Examination Council).

Miss Sylvia Ulan Andrew who is an indigene of Plateau state and a student of Premier Academy, Lugbe Abuja, has come out in flying colors as she made straight A’s in her WASSCE exmas, hence proving herself worthy of meeting with dignitaries.

Miss Sylvia Ulan was raised by a single parent (her mother), since her father had died even before she was born. According to information, Miss Sylvia, even during her primary education passed the National Common Entrance excellently, which made Shell Petroleum Development Company gave her a scholarship.

So, Six years along her Secondary School Education in Premiere Academy, Abuja, she had obviously gathered more knowledge which made her have straight 9 A’s in her WASSCE. Interestingly, due to her intelligence and hardwork, she has been offered another scholarship. Now, this scholarship didn’t come from Shell, but from the executive governor of Plateau State in the person of Barrister. Simon Bako Lalong.

This scholarship would enable her study her dream course (Chemical Engineering) in her preffered institution.

The Plateau State Coordinator on SDGs, Mr. Sam Damla, led the family of Ulan to the government house situated in little Rayfield to meet with the governor. 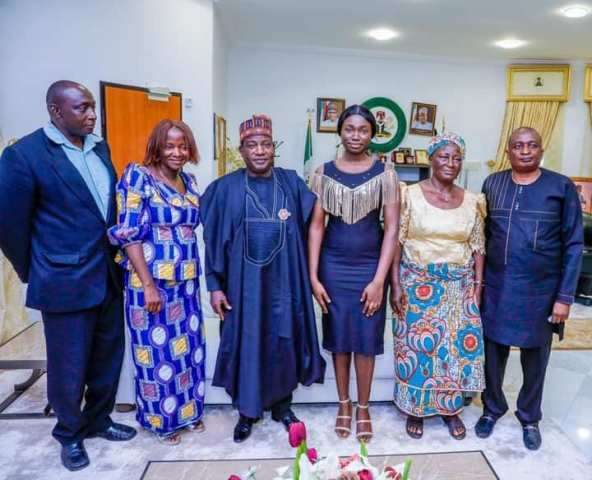 The Governor Simon Bako Lalong was obviously pleased and happy to receive the whiz kid in his office. In his words, He stated that he wasn’t surprise because there are abundant talents like hers in Plateau State.

The governor was indeed proud of her, congratulated her and also praised her mother for raising her in such a diligent manner. 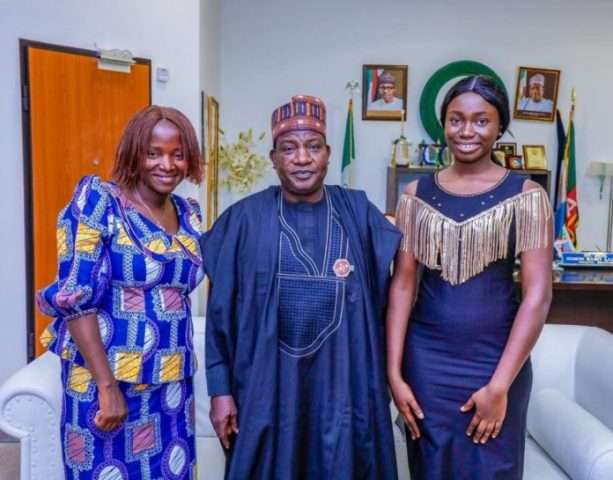 The young and intelligent Miss Sylvia Ulan Andrew who hails from Bokkos Local Government Area of the State was indeed very grateful to God and the governor, and promised never to disappoint those who now believes in her! 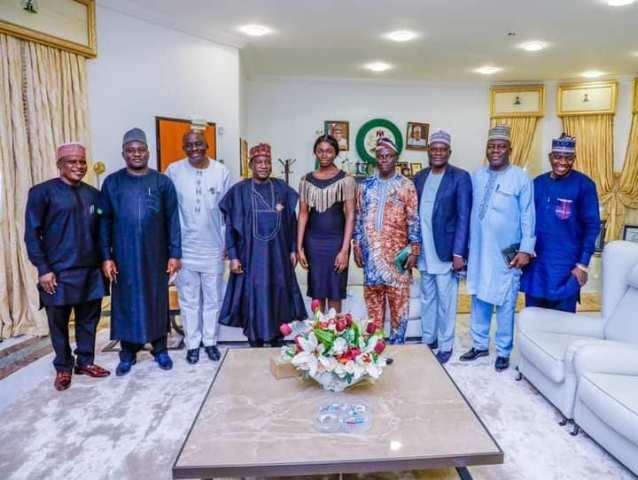