After he was given a fake university admission, man narrates how God changed his friend's story | MadNaija
ENTERTAINMENT| SPORTS| RELATIONSHIP | TECH | TOP-LIST 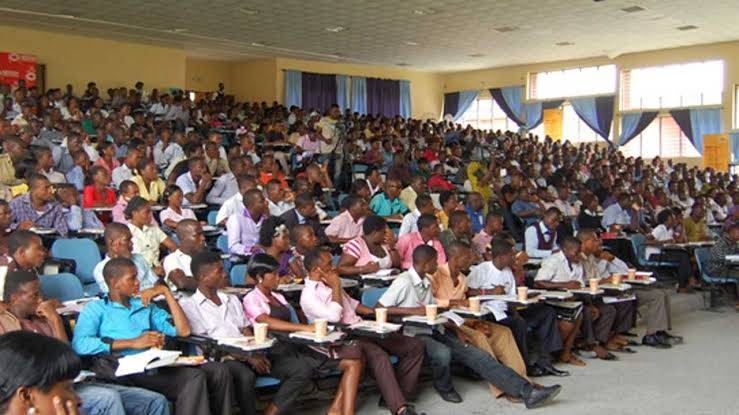 There are two sets of people in this World:

Though the existence of God remains largely debatable, many have given testimonies of how God has changed their story.

A man has taken out his time to narrate how his friend who was given a fake admission after paying a huge sum of money, finally got the admission mysteriously.

He said that his friend paid a huge amount of money to secure his admission and after the list came out, he came to stay with him.

After the first semester exams, the school released a list of people who have taken the exams but we’re not legit students of the schools and his friend’s name was one of them. After this discovery, he advised his friend to go and tell his family and also sit for another Jamb, but the friend refused.

He kept on going from one prayer house to another until one day, a pastor prophesied on him and it came to pass.

Below is the full story. 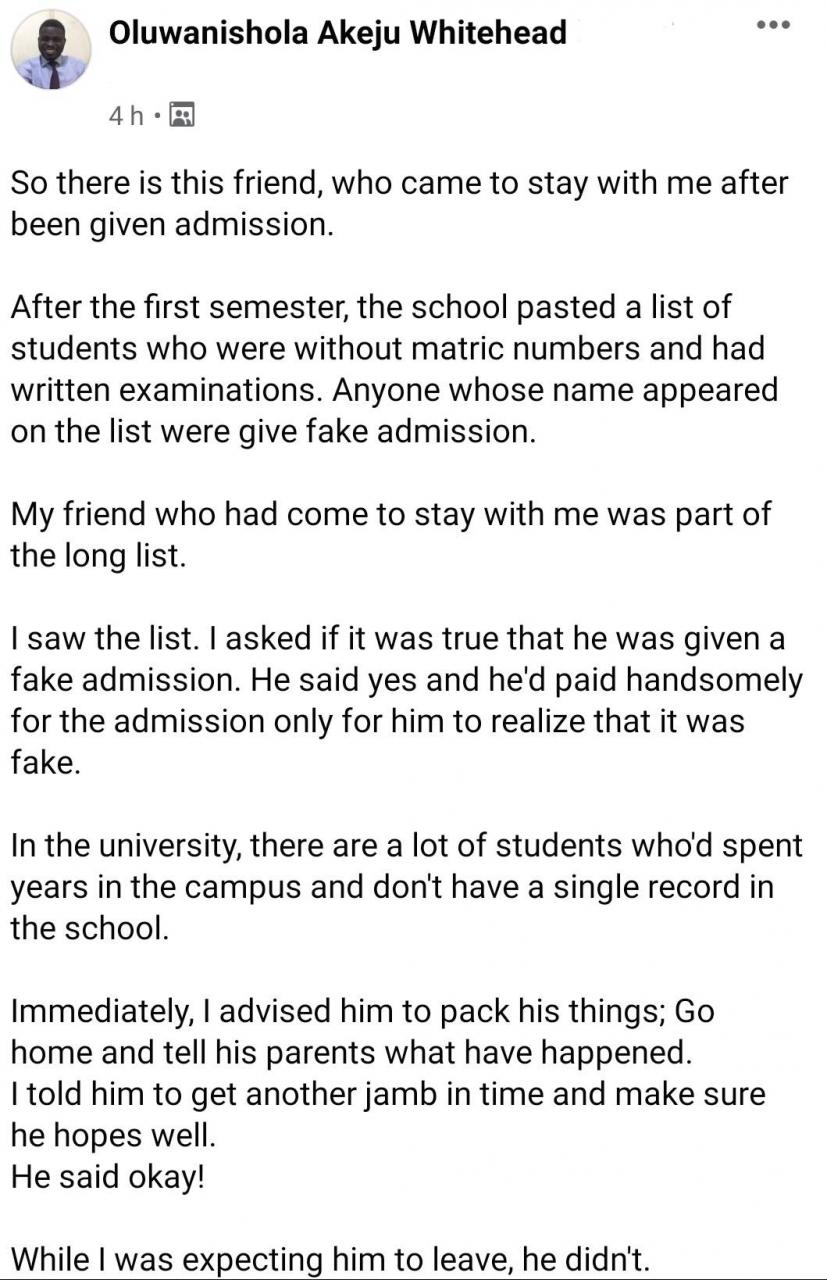 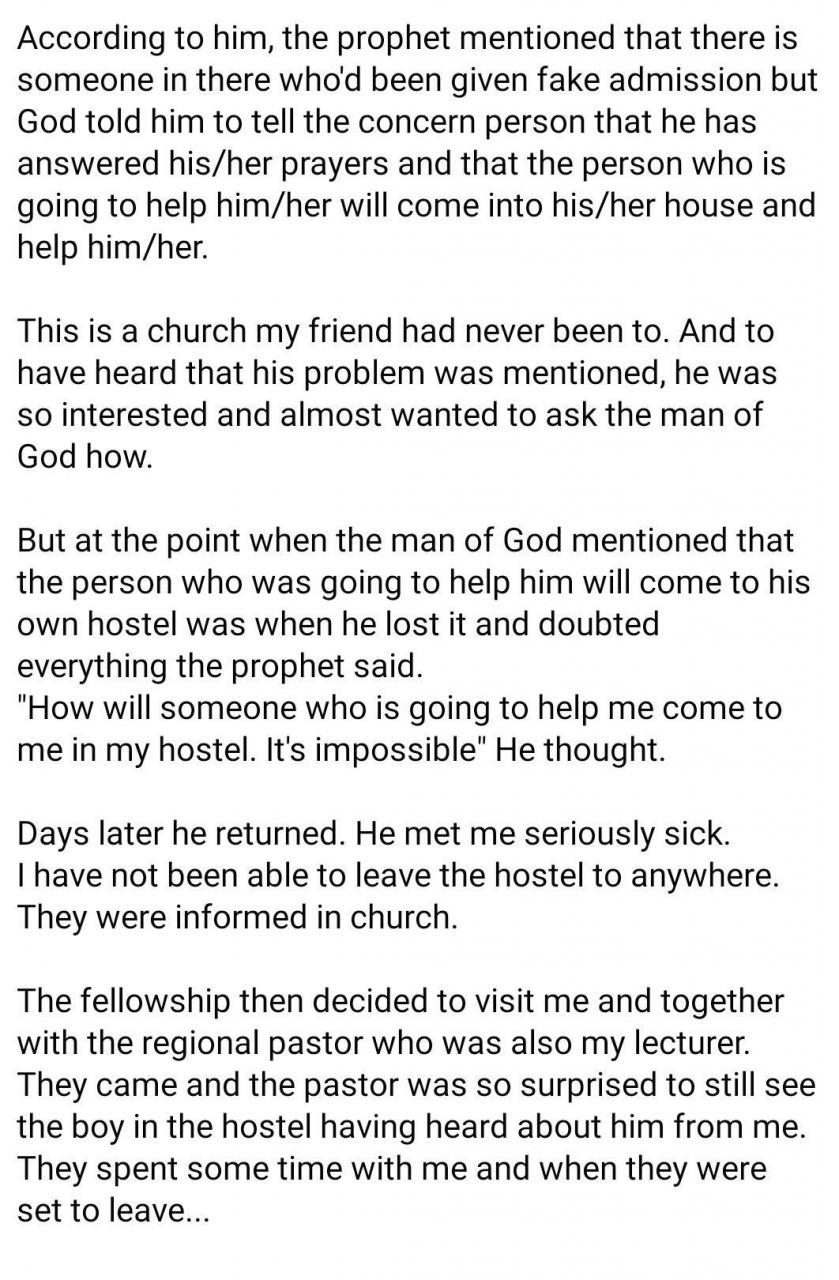 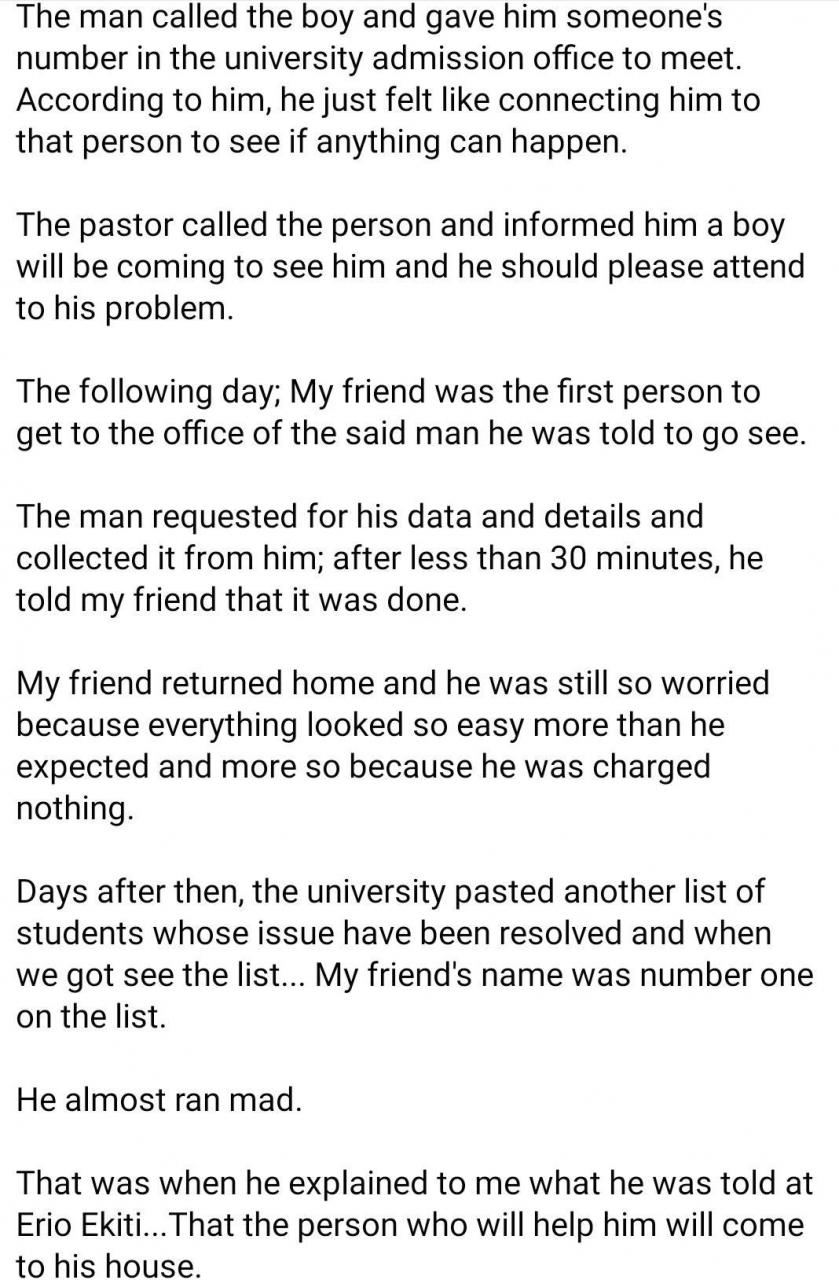 ALSO SEE:  Unbelievable! Husband Discovers That His New Wife Is A Man Two Days After Their Wedding 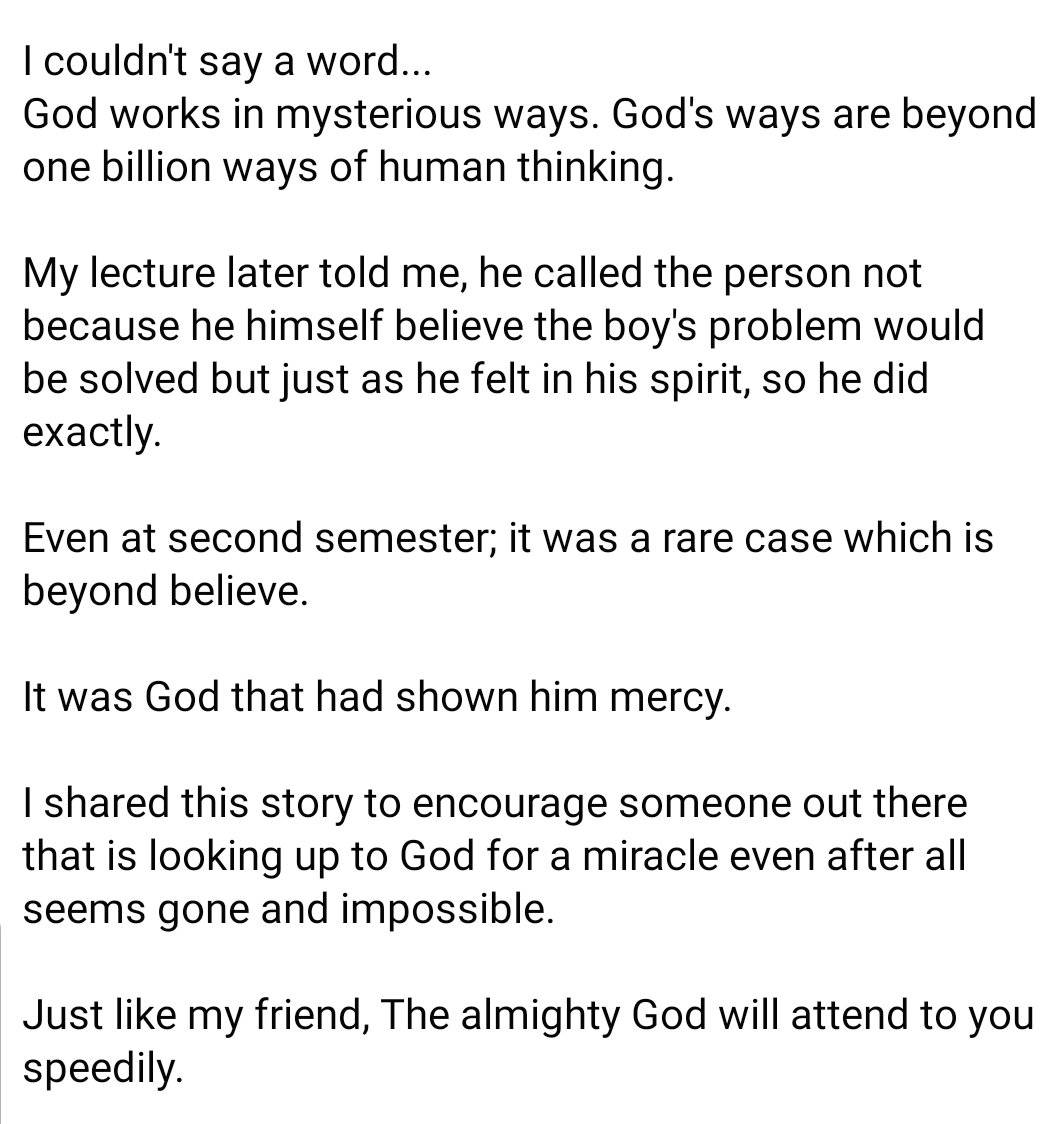