"God Is Great!"— Meet a 'Monkey-like' boy who feeds on Grass and has a speaking disorder (Video) | MadNaija
ENTERTAINMENT| SPORTS| RELATIONSHIP | TECH | TOP-LIST 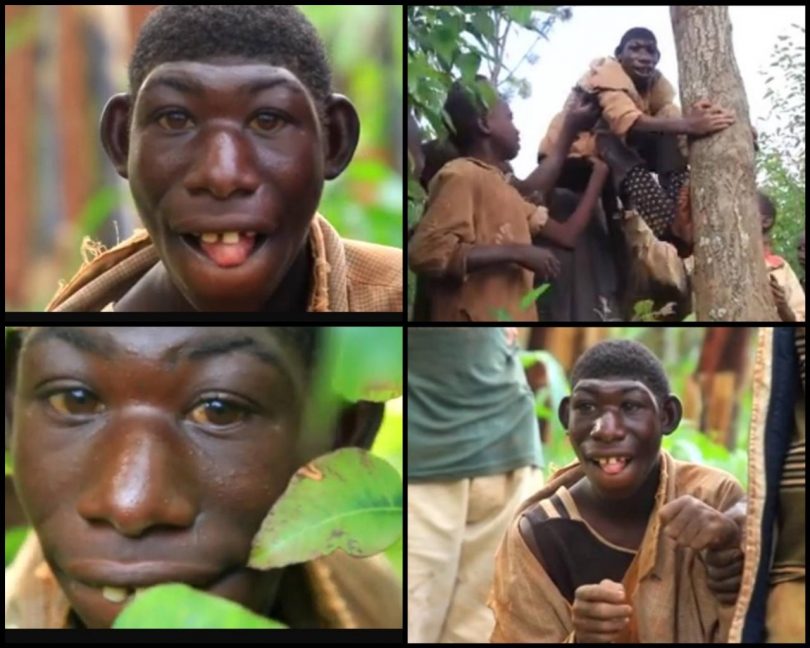 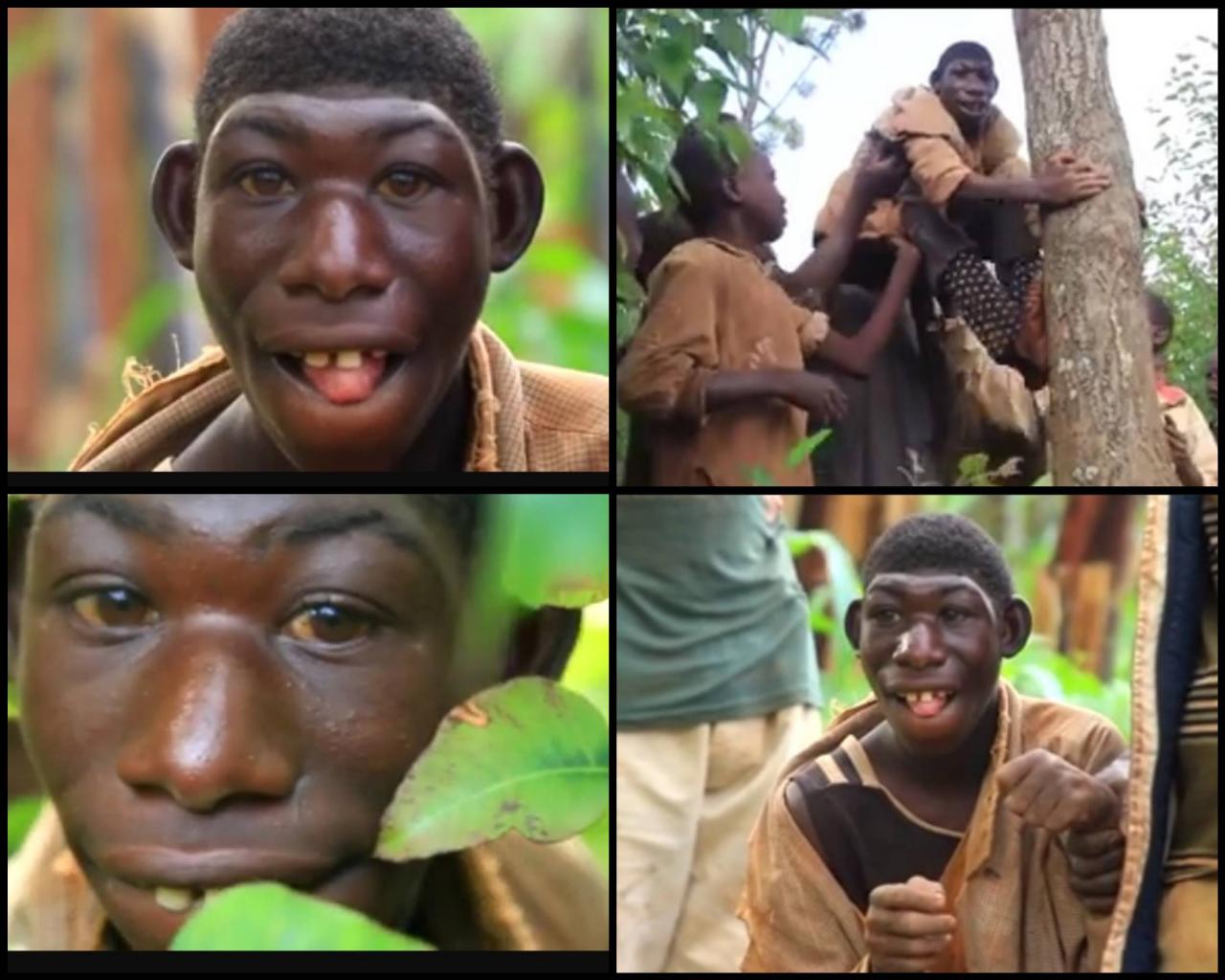 There is a video which is now circulating online about a young boy who many people addressed as a “Monkey” in his Community due to his physical appearance.

The young boy who was born in 1999(21 years old) finds it so difficult to interact with his people due to his speaking disorder.

He has speaking problem, and very shy of staying among humans. According to his mother who was interviewed in the video, the young boy was the sixth child the mother had given birth to.

All the 5 childers of the mother died except this last one, who looks like a monkey. In the interview, the mother narrated how she lost all her 5 children after giving birth to them, and how her husband and herself pray to God to give them a child that will stay(that will not die again) even if he/she will be abnormal. 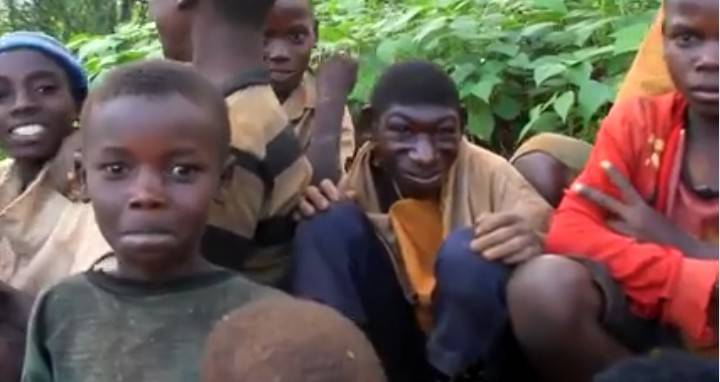 She said she gave glory to God after she gave birth to this boy, because she knew from birth that this one(the boy) will not die. But the only problem she has with this Boy is his preferences and differences.

ALSO SEE:  Atiku Reacts As U.S Places The Ex-VP And His Wives Under Banking Surveillance Over $2trillion Transactions 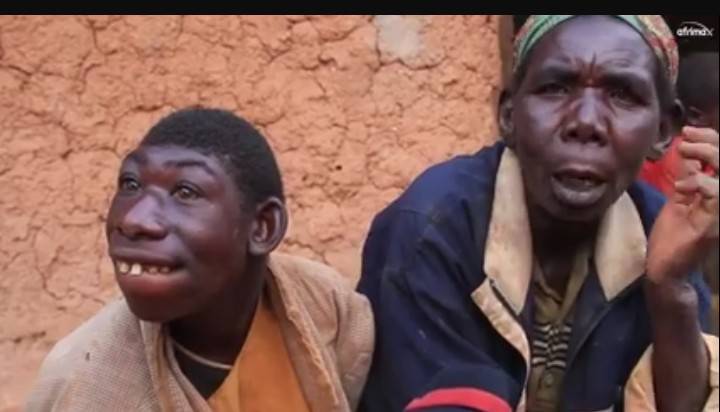 The mother complained that the boy finds it difficult to associate or coexist with the people surrounding him, instead he loves to run into the bush. According to the woman, she try all her possible best to make sure that the boy doesn’t leave her side, because failure to keep eyes on him might resort to the boy running out of sight, losing his way home.

The mother also talk about the boy’s differences. She told the interviewer that the boy finds it difficult to feed on normal food, instead, he feeds on Grass. The boy loves to eat only Banana. This also proved his Monkey-like nature. 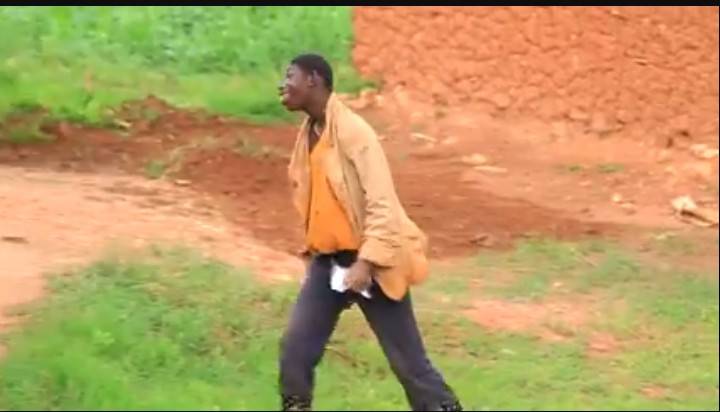 The mother said she may prepare a food for the boy since morning only for her to return at night and see the food untouched.

Despite the fact that this young boy looks like a Monkey, he also has some attributes that qualify him as a human. The boy could run an errand for his mother. 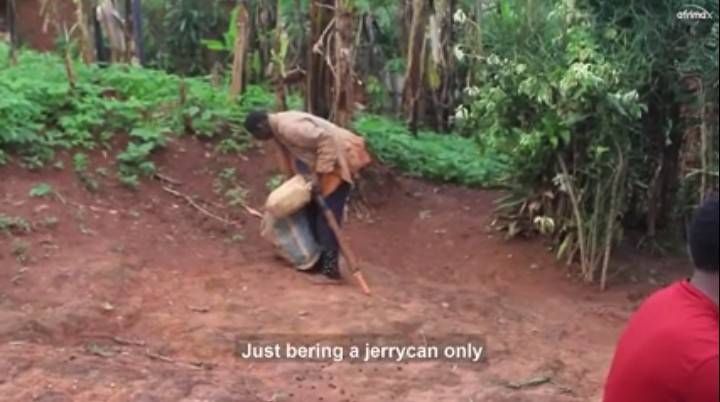 He also has knowledge to understand what people are say to him. When his mother was interviewed, she said after giving birth to the boy the doctor in charge of the delivery told her that the boy has only the knowledge of knowing what people say, but not of coping in school or doing well academically.

ALSO SEE:  If your partner says any of these three things to you, you are lucky and make sure you keep him/her. 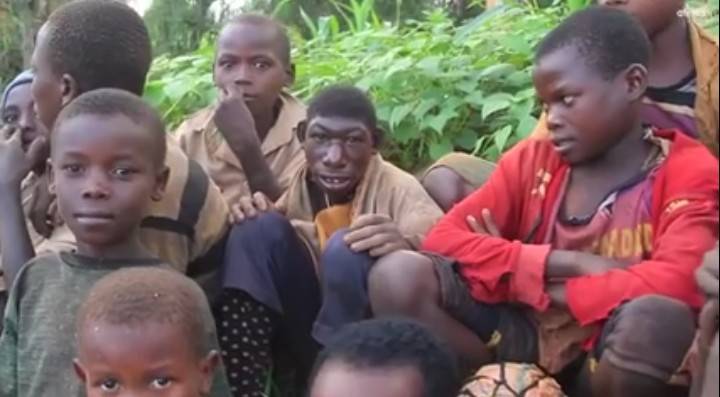 The boy faces a lot of bullying from the people of his Community. Many of the children in the community try to bully him by dragging him into the bush to feed on grass.

It’s indeed a bad experience the young boy in facing.

You can Watch the Video of the young boy below: