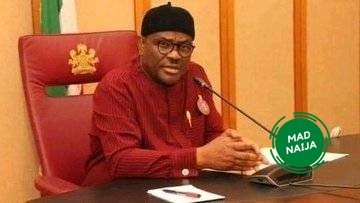 Governor Ezenwo Nyesom Wike, the Rivers State Governor has reacted to the declaration of Governor Godwin Obaseki as the winner of the Edo State Governorship election by the Independent National Electoral Commission (INEC) today in Benin City.

The Rivers State Governor who is the Campaign Director of his party, Peoples Democratic Party (PDP) for Governor Obaseki in Saturday, September 19, 2020 Governorship election took to the social media to react immediately after the INEC declared Governor Godwin Obaseki the winner of the contest. BelieveSpot reports.

ALSO SEE:  See What Happened To This Guys After Some Police Officers Shot Them At Close Range

In his post, the Rivers State Governor wrote; “#EdoDecides2020 ENDS IN PRAISE.”

Moreover, some of his followers have taken to the comment section to react to his involvement in the election.

Below are some of the comments in the tweet: 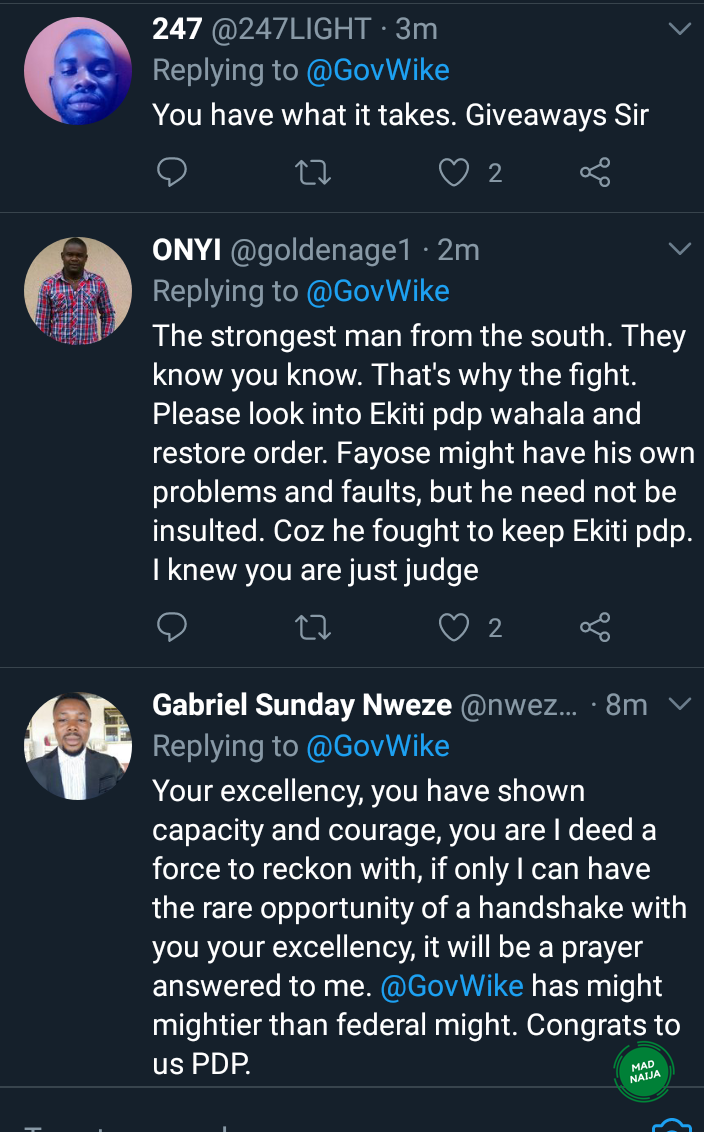 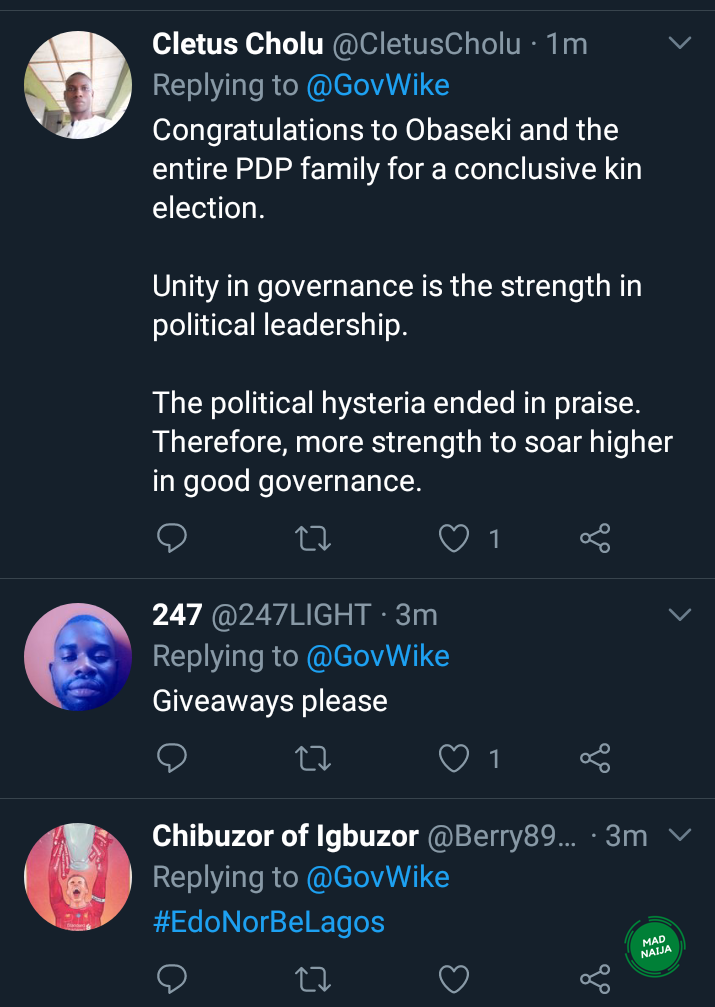 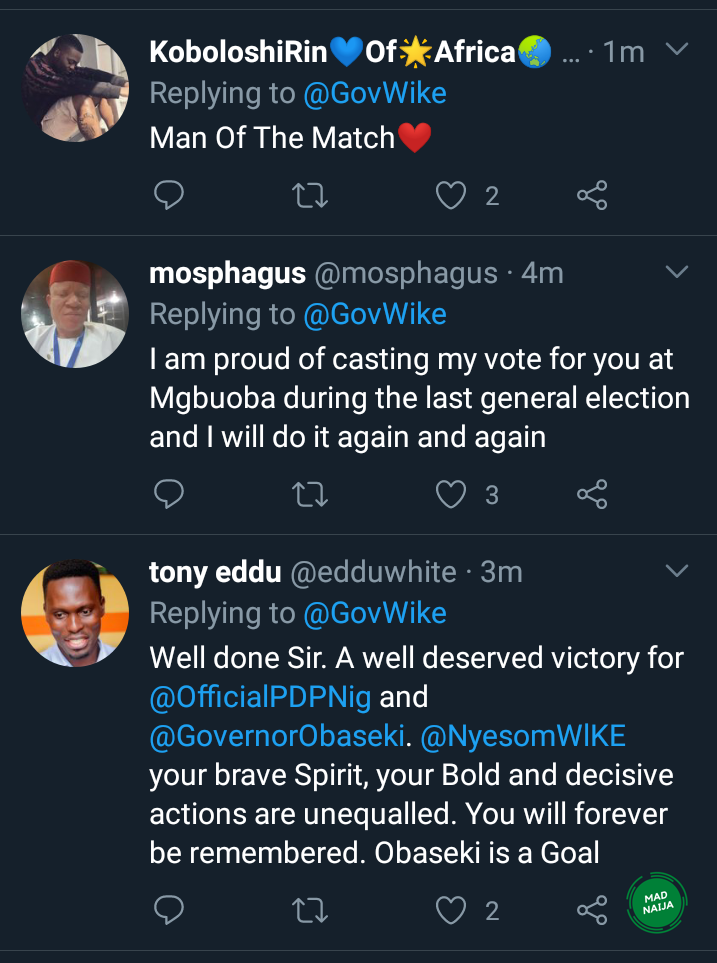 According to the results announced by the Independent National Electoral Commission in Benin City today, Governor Godwin Obaseki who is also the incumbent Governor and contested under the platform of Peoples Democratic Party have 307955 votes while Pastor Osagie Ize-Iyamu of the All Progressive Congress had 223619 votes.

Obaseki won with a difference of 84,336 votes according to INEC.

Congratulations to Governor Godwin Obaseki and the people of Edo State.