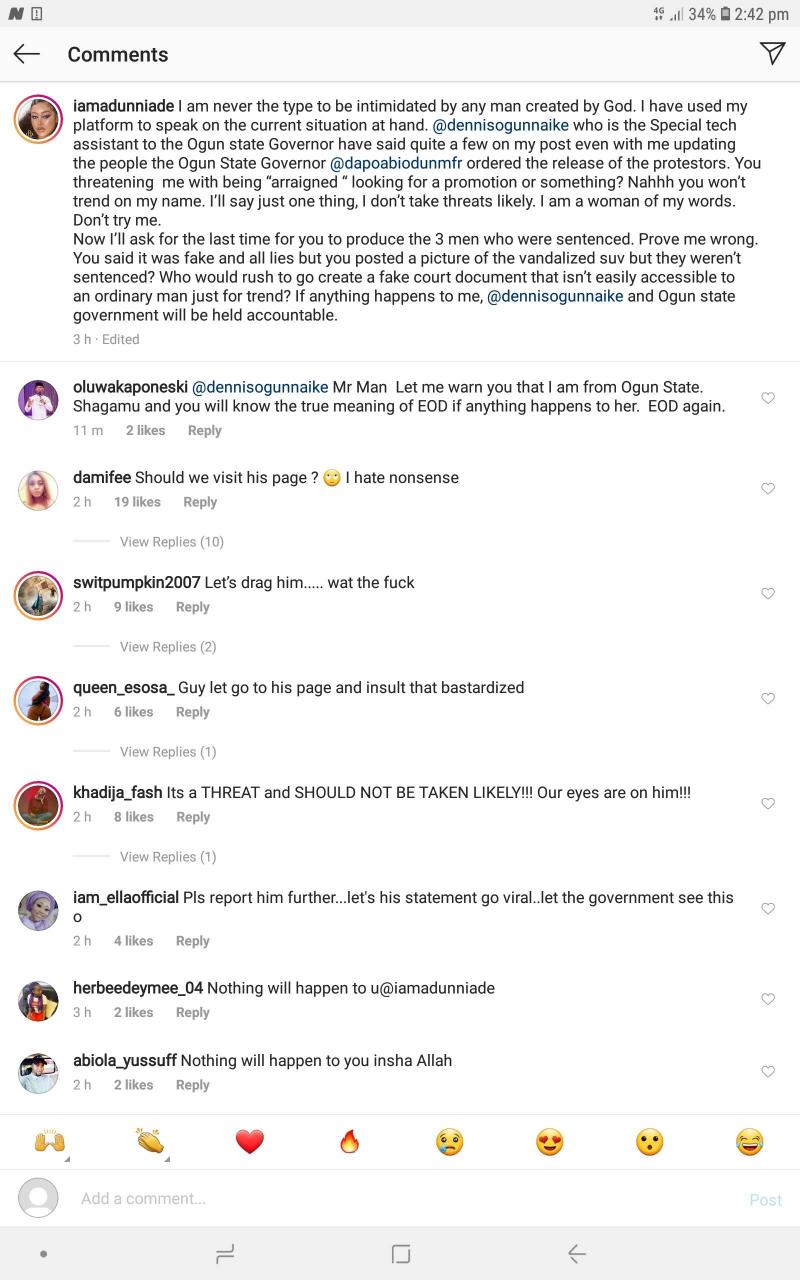 Nollywood actress, Adunni Ade, has raised the alarm that there is a threat to her life. The popular actress who posted on her Instagram page alleged that the Ogun State Government is after her life. Earlier, Adunni has posted on her Instagram page that three individuals were arrested for peacefully protesting against SARS by the Ajuwon police station, in Ogun state. She said these three individuals were immediately arraigned in a court of law and sentenced. She, however, pleaded with the state government under the leadership of Prince Dapo Abiodun to ordered their release.

However, in his response, Dennis Ogunnaike, who is the Special Assistant on Technology to the governor of Ogun State, told Adunni that she should stop being lazy. She said she may be arrested and arraigned for spreading fake news.

In her response, Adunni said she is never the type to get intimidated by a man created by God. The actress said she doesn’t take threats lightly, here her fans should note that if anything happens to her, they should hold the Ogun State government accountable.

ALSO SEE:  Nigerians have condemned as shameful, vote-buying and an abuse of the country’s resources the Federal Government disbursement 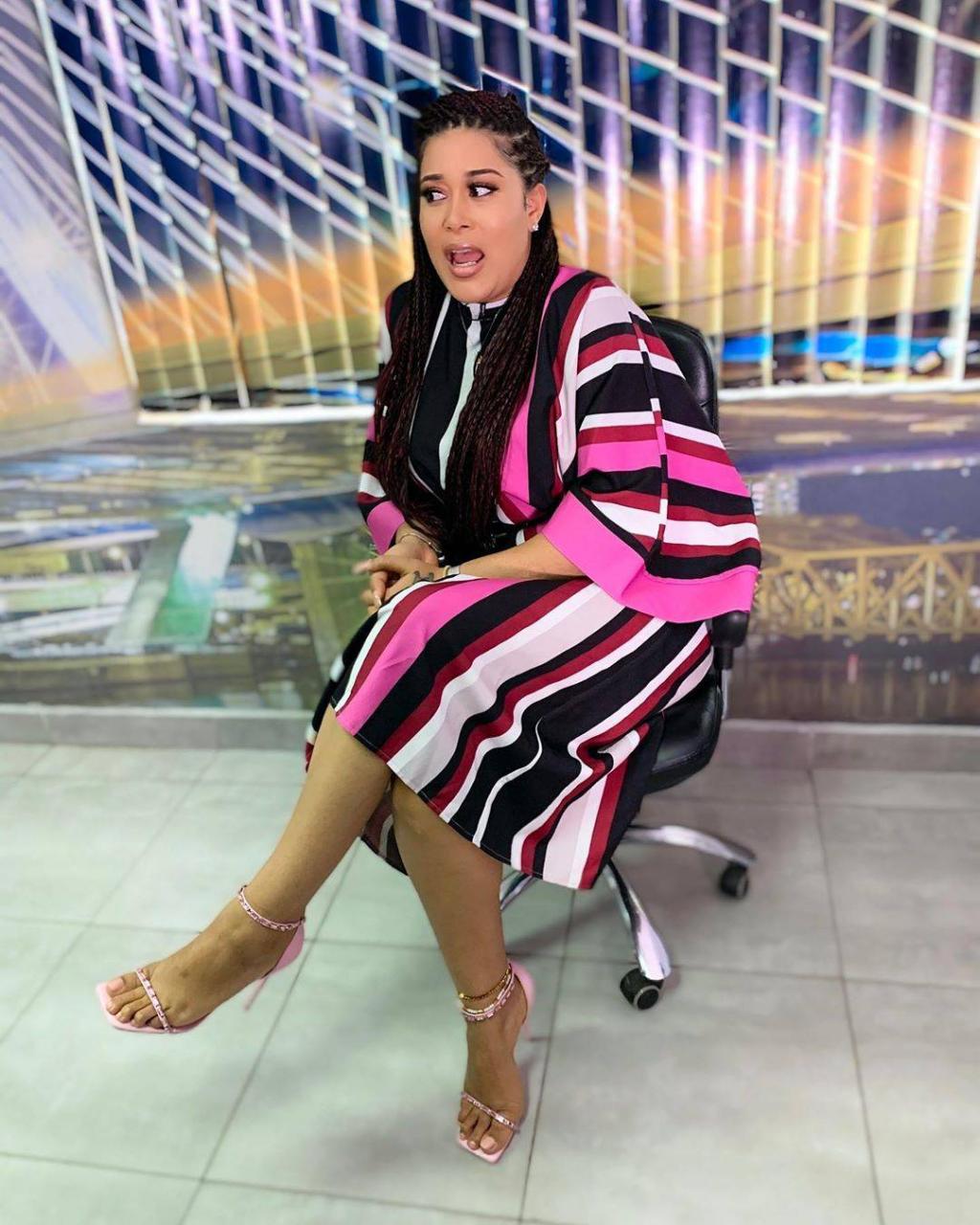