After IG Banned SARS From Patrol, Check Out What This Officer Was Caught Holding In Edo State | MadNaija
ENTERTAINMENT| SPORTS| RELATIONSHIP | TECH | TOP-LIST 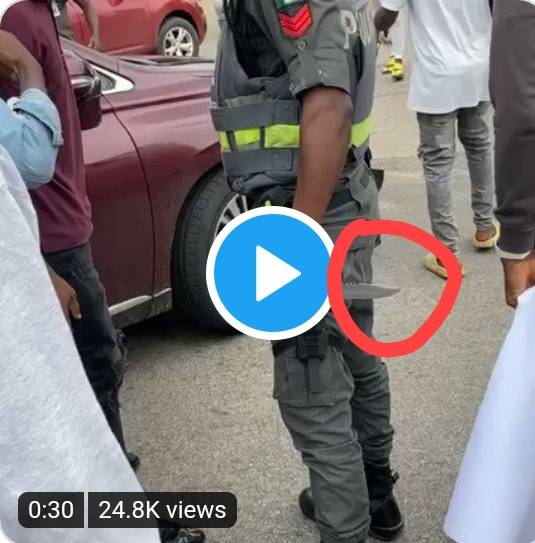 The Inspector-General of Police (IGP) had on Sunday banned the Special Anti Robbery Squad (SARS) from carrying out their routine patrol and “stop and search,” this is due to the outcry of Nigerians that the unit of the Nigerian Police Force which was set up to tackle criminal activities have been compromised as it is now a notorious squad.

The #EndSARS campaign has been trending for a while and ever since the IGP placed a ban on their activities, we have seen a reduction in SARS harassment and brutality.

Nigerians have been in joy but for Edo State, this is not so as an incident was reported to have allegedly happened in the State.

It was gathered that a Police Officer gave a gave a hot chase who was driving the vehicle in the image below but he was eventually caught. When he was told to alight from his car, onlookers stormed the scene of the incident to hijack his arrest. 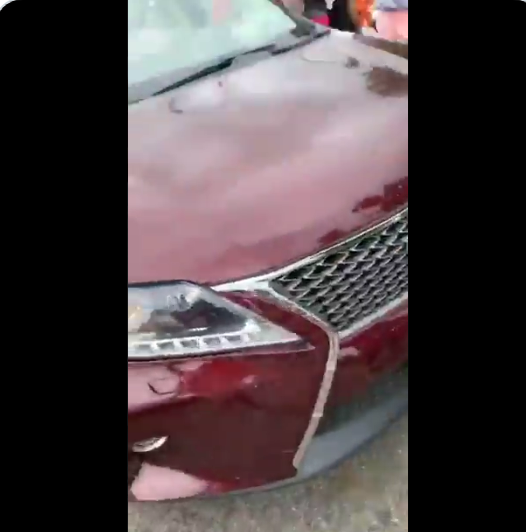 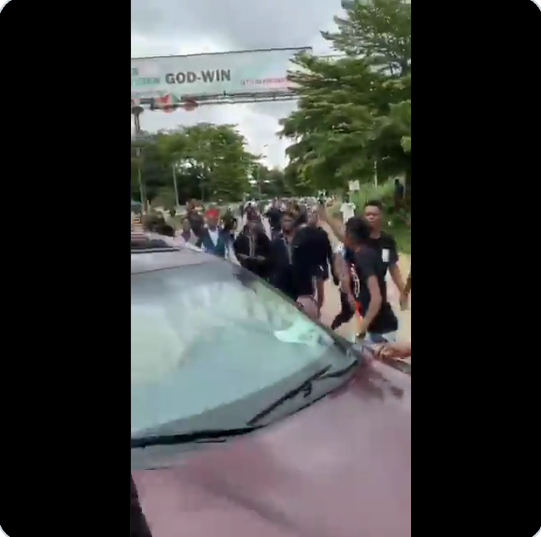 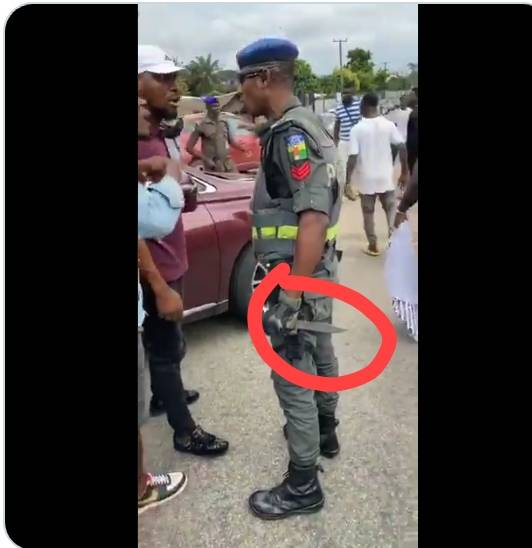 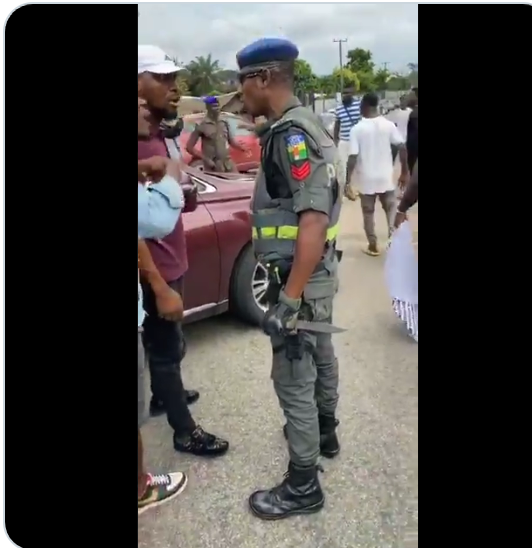 The brave man who was not scared at the sight of the stabbing knife stood his ground, which made traffic warders to come into the scene. All efforts to calm the situation proved abortive as the aggrieved youths kept saying that the nonsense must stop, adding that they are tired of harassment on a daily basis.

ALSO SEE:  Girl Who Made Straight A's In Her WAEC Met With The Governor Who Awarded Her A Scholarship! 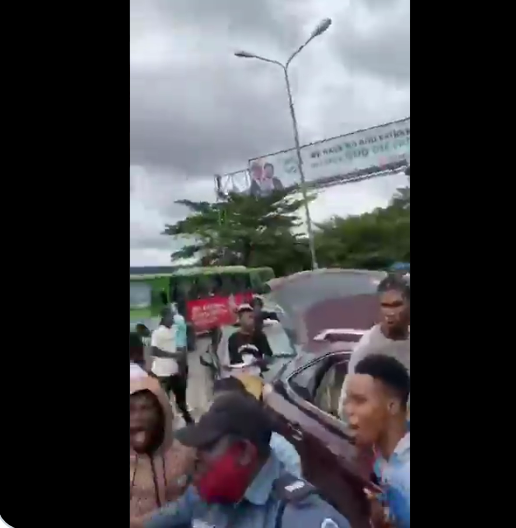 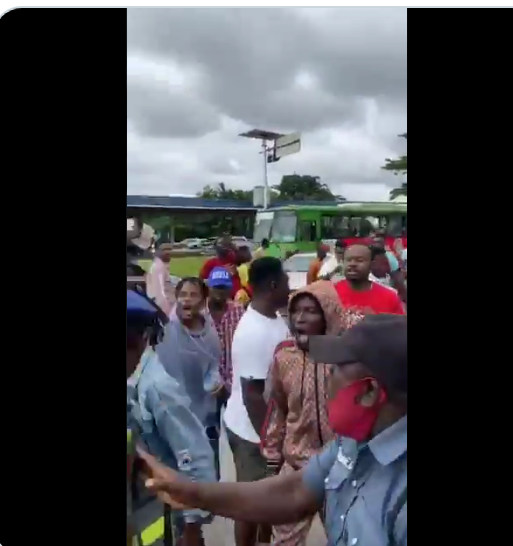 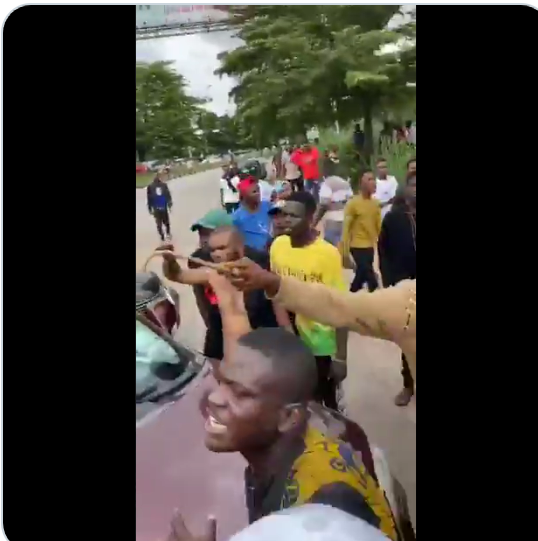 Now that there is a reduction in SARS brutality and harassment, the police who are meant to protect us are now following the path of SARS. Which way Nigeria, who have we offended? Where are we going to run to?