After IG Banned SARS, See What This Officer Was Caught Holding Against A Citizen In Edo State | MadNaija
ENTERTAINMENT| SPORTS| RELATIONSHIP | TECH | TOP-LIST 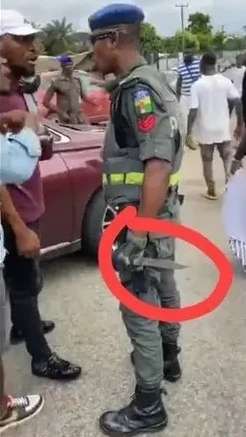 The SARS had been prohibited on Sunday by the IGP, Inspector General of Police, to carry out their regular patroll and stop and search.

The End of SARS campaign lasted for a while and as the IGP had banned its activities, SARS abuse and its violence have declined.

Nigerians are happy in Edo State but another case has been stated to happen in the State.

It was gathered information that a police officer pursued a man who was driving the vehicle.

He ordered the man to leave his vehicle when he caught, observators stormed the place of the occurrence to arrest him.

This lead to aggressive arguments between the car owner and the police officer, both of whom chanted “This foolishness must end.”

While arguing, the police officer drew his midriff ‘s knife, facing the car owner. The car owner had the confidence, and was not afraid to see the knife in the Police officer ‘s presence, but stood up on the pavement, making all passengers on the road come to the scene. 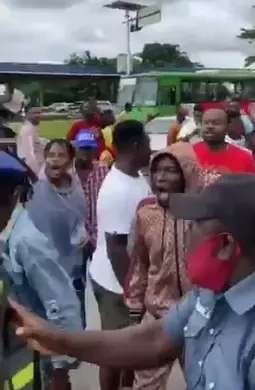 The angry youth kept singing that this stupidity must end and emphasizing that they no longer want their harassment, but they could not calm down the situation. 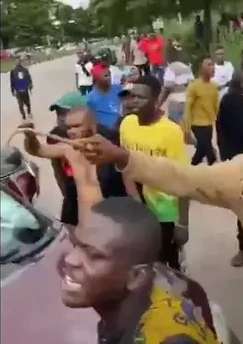