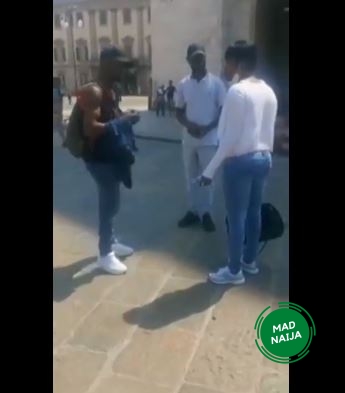 FacebookTwitter
A dramatic incident has played out in public after a man caught his girlfriend with another man.