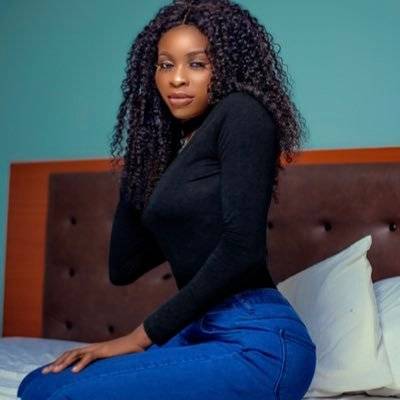 In a recent trending topic on Twitter which women and ladies have been sharing their experiences about what happened between them and their men that made them leave them alone for another man.

In lieu of this, a young pretty woman on Twitter, has narrated what her boyfriend did to her that broke her heart and made her break up with him immediately.

She said while they were dating each other, her ex boyfriend told her that they needed to keep their relationship a secret but, didn’t tell her the reason why he wanted it as secret.

She said one day while they were strolling, they saw some of his friends and her ex-boyfriend introduced her to them as a bored neighbour who wanted to hang out..

She said she confronted him about what he said and he told her that, he doesn’t like her stature because she is too lean and that, people will think she is suffering and doesn’t have the capability to eat enough food.

She revealed it that after he told her that, she left him alone that night. 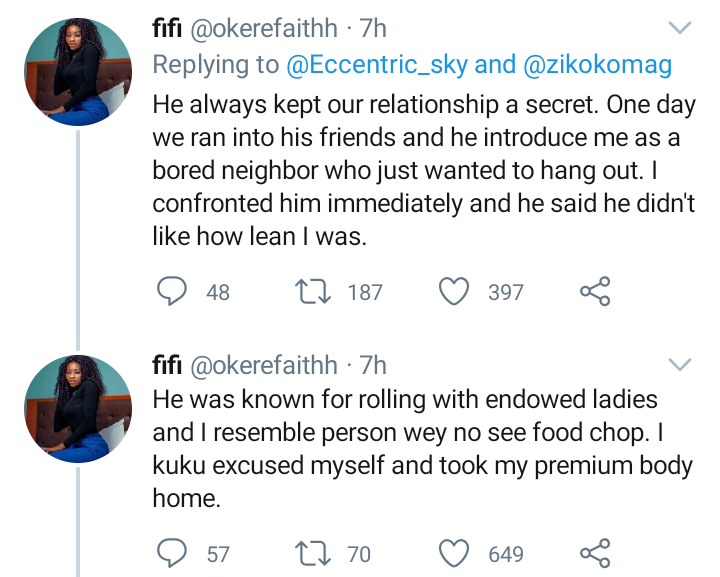 ALSO SEE:  A First Class Unemployed Graduate Who Was Seen Doing Menial Job Gets Employed By Governor Of Ebonyi