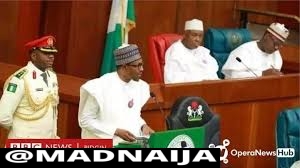 Vice – President Yemi Osinbajo, on Friday lamented that the lockdown declared to curtail the spread of covid-19 caused what he described as a steep increase in sexual and gender-based violence.

He said information available to him showed that 105 of such incidents were reported in the Federal Capital Territory alone between March 23 and May 29, 2020 .

According to a statement by his Senior Special Assistant on Media and Publicity, Laolu Akande, the vice-president spoke during a virtual meeting organised by the National Human Rights Commission on the scourge of rape, sexual and gender-based violence in Nigeria.

He said, “I am told that between March 23 and May 29, 2020, the FCT Sexual and Gender-Based Violence Response Team received an overwhelming 105 incidents; an average of 13 per week, up from the usual five to six incidents per week, pre-COVID – 19.

“Also, a few days ago the Inspector -General of Police disclosed that the police had recorded about 717 rape incidents across the country between January and May 2020 and that 799 suspects had so far been arrested; 631 cases conclusively investigated and charged to court while 52 cases are still under investigation.

“What these figures show is an escalation of an already disgraceful trend of violence against women and girls in the country.”

Osinbajo made it known that the Federal Government, would work with state governments and all other stakeholders, to deal decisively with the problem of rape and gender-based violence in Nigeria, because every form of sexual assault “are blemishes on the collective humanity and dignity of Nigerians as a people and a nation.”

“We will work with all actors to detect and punish the perpetrators of these sickening acts and work even harder to prevent their occurrence,” he said.

The Federal High Court in Lagos has asked the Asset Management Corporation of Nigeria to appear before it on July 3 to explain the circumstances leading to the demolition of a property at No 27. Femi Okunnu Street, Ikoyi, Lagos.

A Senior Advocate of Nigeria, Mr Babajide Koku, told Justice Ayokunle Faji that the building served as the residence of former British Governor-Generals in Nigeria, John Macpherson and Arthur Richards.

Koku said the property, which had been a subject of litigation, was pulled down with a bulldozer on June 12, 2020, despite the subsisting lawsuit on it.

He said, the demolition was carried out by an assignee of AMCON, notwithstanding the historical significance of the building.

The SAN said, “My Lord, the people that bought this property have pulled it down and they are erecting a new building on it as we speak.

“On June 12, a bulldozer was mobilised to the site, No 27, Femi Okunnu Street, Ikoyi, Lagos and it cleared everything there; now they are laying the foundation for another building.

“What impunity can be more than this? Despite that we are before My Lord and instead of everyone to wait for the outcome of this case, AMCON resorted to self-help.

“The last time something like this happened was during military erra in Odumegwu Ojukwu vs Lagos State.”

Koku prayed Justice Faji, to make an order that an earlier preservative order of Justice Nicholas Oweibo of the same court be extended till when the matter was disposed of.

But AMCON’s counsel, Mrs Oladoyin Onanuga, opposed him on the grounds that granting the order would be prejudicial to AMCON.

Justice Faji adjourned till July 3 for AMCON to explain its alleged resort to self-help.

The Vice-President, Prof Yemi Osinbajo, has said Nigeria needs a national debate to examine the issues around the size and cost of governance, which has often been described as expensive and unsustainable.

He explained that it could be difficult for the government to do something about its cost by itself but that it is something that must be done.

Osinbajo said these while fielding questions by a former Governor of the Central Bank of Nigeria and immediate past Emir of Kano, Muhammad Sanusi, during a webinar organised by the Emmanuel Chapel, themed, ‘Economic stability beyond COVID-19’, on Friday.

Sanusi, who had on Friday last week pointed out that the governance structure in the country had set it up for bankruptcy, asked the vice-president what the current regime would do differently to address the perennial problem.

“I don’t want to be disrespectful, but the annual sales of Tesla exceeds the budget size of our country, so should we not begin to cut our coat according to our cloth; should we not begin to look at all these costs and the constitution itself; maybe turn the legislators to part-time lawmakers, have a unicameral legislature instead of bicameral, have the local governments run by employees of the Ministry of Local Government Affairs? We just need to think out of the box to reduce structural cost and make government sustainable over the long term.”

In his response, Osinbajo said, “There is no question that we are dealing with large and expensive government, but as you know, given the current constitutional structure, those who would have to vote to reduce (the size of) government, especially to become part-time legislators, are the very legislators themselves. So, you can imagine that we may not get very much traction if they are asked to vote themselves, as it were, out of their current relatively decent circumstances.

In accordance with the results provided by Nigeria Centre for Disease Control, On the 19th of June 2020, 667 new confirmed cases and 12 deaths were recorded in the country.

According to NCDC report, the 667 new cases of COVID-19 were reported from 23 states out of the 36 state in the country.

Here is the result of the 667 new reported cases of COVID-19.

Now my question is, when are we going to be free from this coronavirus?

These are some of the breaking news we have in Nigeria this morning. Kindly share with others.

Please don’t forget to follow me up for more updates.